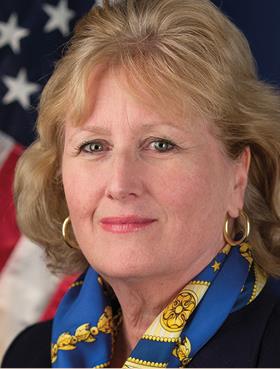 Mary Denison has done a stellar job serving the American people as the U.S. Patent and Trademark Office’s Deputy Commissioner for Trademarks. I know from experience that trademarks play a vital role in all forms of commerce, and Mary’s experience both at the USPTO and in the private sector will be of tremendous service to our nation’s economic growth. I look forward to working with her in her new capacity as Commissioner.

US Secretary of Commerce Penny Pritzker welcomes the appointment of Mary Boney Denison as commissioner for trademarks at the US Patent and Trademark Office (USPTO), effective January 1 2015 (December 19 2014)

This year I would also like to see us broaden the scope of our discussions around trademarks to encompass brands. Trademarks have long served as the tools companies use to identify their brands. As the concept of brands has expanded to include all sorts of emotional and social components, the role of trademarks has also expanded. When we work with trademarks, it’s important to remember all the associations that go along with the brand such as customer loyalty and concern about corporate social responsibility, for example. I look forward to exploring these ideas and to deepening our understanding about the role of trademarks and brands.

J Scott Evans, 2015 president of the International Trademark Association (INTA), takes office and looks to the year ahead (January 5 2015) 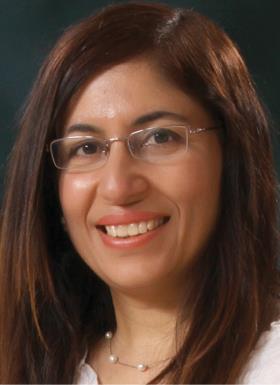 Whether the recommendation to make the IPO autonomous and allow them to manage their personal finances will be permitted is something to watch. It will be interesting to see how this will be implemented and whether the various ministries and agencies that are currently responsible for IP offices will be willing to grant them the autonomy. All these require bold decisions at the highest level.

The Department of Justice is dedicated to defending the constitutionality of the important statute ensuring that trademark issues involving disparaging and derogatory language are dealt with fairly. I believe strongly in the rights of all Americans to celebrate and maintain their unique cultural heritage. Going forward, we will strive to maintain the ability of the United States Patent and Trademark Office to make its own judgment on these matters, based on clear authorities established by law.

[The] application of a test that relies upon an ordinary consumer’s understanding of the impression that a mark conveys falls comfortably within the ken of a jury. This is certainly not to say that a judge may never determine whether two marks may be tacked. If the facts warrant it, a judge may decide a tacking question on a motion for summary judgment or for judgment as a matter of law. And if the parties have opted to try their case before a judge, the judge may of course decide a tacking question in his or her fact-finding capacity. We hold only that, when a jury trial has been requested and when the facts do not warrant entry of summary judgment or judgment as a matter of law, the question whether tacking is warranted must be decided by a jury.

The US Supreme Court hands down its decision in Hana Financial v Hana Bank (13–1211), holding that whether two trademarks may be tacked for purposes of determining priority is a question for the jury (January 21 2015)

Trademarks are a vital aspect of the global economy and serve an important function in the European marketplace. In fact, trademark-intensive industries account for 22% of all direct jobs in the UK and for 33.6% of the UK’s GDP... An efficient protection of trademarks is therefore crucial. Consequently, INTA is opposed to the prohibition of the use of trademarks through plain packaging as proposed by the UK draft regulations. We hope that at least the UK regulations are postponed until the legality of plain packaging is determined in the WTO Dispute Settlement Proceedings.

David hath cast his first rock at Goliath’s temple, stunned the giant may be, he is not slain. Like the Hydra, this giant has many heads. But there are many heroes with a pen for a sword in hand ready to cleave each one from its root. Stay vigilant, for more is to come…

After World Trademark Review identified the individual behind a number of fake news websites, mimicking the Reuters and BBC websites but posting fake stories, he told us that other media organisations will be targeted (well, we think that’s what he meant) (January 23 2015)