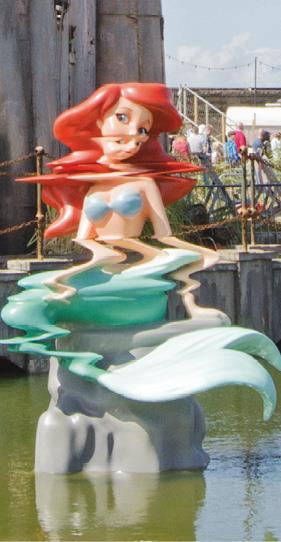 It’s a difficult legal claim because it’s not a slam-dunk either way. Disney doesn’t seem to have much to gain from a legal challenge – Banksy’s satirical work is well recognised and there seems to be little risk of confusion on the part of the public. It’s also a short-lived event and any legal claim will inevitably create negative press. That said, Disney might want to distance itself from some of the themes of the park if there was any possibility that the public did think it had endorsed the exhibition.

When dealing with supporters who are often not sophisticated in IP law, the legal team should try to do it in a way that shows them that what they think is helping is actually harming the candidate. This means that the campaign should work out a trademark strategy where they don’t look like bullies, but are stringent in opposing marks. That might be tricky with the general public because they won’t necessarily understand the difference between opposing the registration of a trademark and suing somebody. 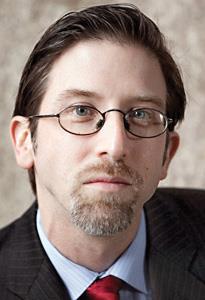 As a company, we scrupulously protect Mr Trump’s worldwide trademark portfolio and IP rights. Accordingly, any attempt by anyone to infringe on those rights will be vigorously opposed. Period. Our approach remains the same: while we appreciate the support of the public, we cannot permit the dilution of Mr Trump’s IP rights. If someone files for an infringing trademark, we will aggressively oppose. The public is able to support Mr Trump in ways other than filing for infringing trademarks.

Alan Garten, executive vice president and general counsel for The Trump Organisation, tells World Trademark Review that the organisation takes a hard line on infringement, whether by political friends or foes (September 8 2015)

A WTO win for Australia on this issue would leave the door open for all WTO members to expand plain packaging to other, potentially harmful products without needing to justify that the law would advance the legitimate objective of protecting public health. This would simply be the reality of a post-plain packaging world. Several countries have proposed plain packaging and other labelling requirements for products such as alcohol, fast food and ‘unhealthy’ processed food. Australia’s plain packaging therefore sets a very dangerous precedent.

From now on, we’re really going to look at following up on any significant counterfeiting through the courts. We normally start with an AIC complaint, which is useful for gathering evidence, and we will then take it to court if possible. We can do that partly because we have good protection now and partly because the sheer number of cases is dropping off and we have more time and resources.

Lindesay Low, senior legal counsel for the Scotch Whisky Association, explains how its enforcement strategy is evolving in light of its victory against an Anhui-based manufacturer of bottle caps bearing the words ‘Scotch Whisky’ (September 28 2015)

[The URS] has not been adopted as a consensus policy and ICANN has no ability to make it mandatory for any TLDs other than new gTLD applicants who applied during the 2012 new gTLD round. Accordingly, the board’s approval of the renewal registry agreement is not a move to make the URS mandatory for any legacy TLDs, and it would be inappropriate to do so.

The ICANN board approves the extension of the Uniform Rapid Suspension system (URS) to the ‘.travel’, ‘.pro’ and ‘.cat’ legacy TLDs, but explains that this was because the registry operators themselves expressed interest in renewing their agreements based on the new gTLD registry agreement (September 28 2015)

As part of our ongoing efforts to address IP crime, I am pleased to announce that the Justice Department’s Office of Justice Programs is providing more than $3.2 million to state and local law enforcement agencies in ten jurisdictions across the country through our Intellectual Property Enforcement Program – bringing our total investment to nearly $14.8 million for 41 task forces since it was established in 2009... [These new grants will provide] resources to enhance training, increase prevention capabilities, step up enforcement activities and successfully prosecute more IP cases.