The First Board of Appeal of the Office for Harmonisation in the Internal Market (OHIM) has dismissed an appeal filed by AS Liviko against the refusal to register a figurative trademark including the name of the most famous Estonian liqueur, Vana Tallinn, in Class 33 of the Nice Classification (Case No R1299/2013-1, December 2 2013).

On December 22 2010 Liviko designated the European Union to claim protection for International Registration No 1066904, depicted below: 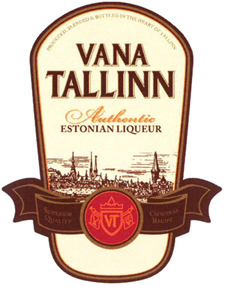 OHIM raised an objection and refused the mark under Article 7(1)(j) of the Community Trademark Regulation (207/2009) based on the geographical indication (GI) ‘Estonian Vodka’, which covers the product category “vodka” under EC Regulation 110/2008.

As the terms used on the trademark were ‘Estonian liqueur’, rather than ‘Estonian vodka’, the circumstances were not directly covered by Article 7(1)(j) of the Community Trademark Regulation, which requires that the trademark consists of a GI, or at least contains a GI, to be refused. OHIM thus referred to a general law principle, lex speciali derogate legi generali, and directly applied the relevant provisions on GIs and protected designations of origin - that is, Article 23(1) and Article 16 of Regulation 110/2008.

The trademark registration covered alcoholic drinks, namely “liqueurs; liqueur-based cocktails and mixed drinks”. The examiner noted that the ground of refusal could be overcome by limiting the list of goods, and requested that the list be limited to goods covered by the GI ‘Estonian vodka’. However, the applicant did not comply with the proposal submitted by OHIM.

One should note that liqueurs do not contain vodka, and that the GI ‘Estonian vodka’ is not yet registered as the Estonian government has not submitted its technical file.

The Board of Appeal confirmed the refusal, finding as follows: