Passing off action leads to ticking off in watchmakers' dispute

In Woolley v Ultimate Products Ltd ([2012] EWHC 339 (Ch), March 1 21012), the Chancery Division of the High Court of England and Wales has upheld a claim for passing off in relation to watches.

Nigel Woolley, whose business background was in the watch import and trade sales business, was the founder and managing director of Timesource Limited, a company which, since its inception in 2004, developed a successful business and reputation in the sale of watches. These watches were marketed under various brand names, the most successful of which was Henley - a brand that Timesource also used for a few other items and which was registered as a Community trademark in Classes 9, 14 and 18 of the Nice Classification. 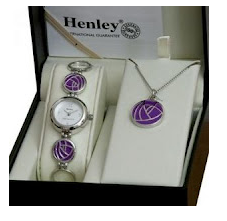 The second defendant, Henley's Clothing Ltd (HCL), sold clothing and accessories wholesale, by mail order and online, under the mark HENLEYS. Ultimate Products Limited, the first defendant, imported and sold wholesale some 4,000 different products including, under licence from HCL, watches and jewellery under the HENLEYS mark. 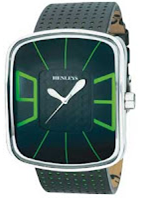 Initially, Ultimate had taken a licence from Woolley but, having "enjoyed notable growth", terminated the licence on the basis that it was no longer necessary. The largest customer of Ultimate's Henleys watches was Argos - which ran a chain of shops and had a substantial online business, but was not a Timesource customer.

Woolley and Timesource sued for trademark infringement and passing off, seeking injunctive and other relief in respect of the use of a mark which was very similar to its HENLEY mark (the trademark claims were stayed,  the defendants - who have their own UK application pending - having applied to remove Woolley's registration; a decision from OHIM is awaited) and the court had to decide whether the passing off claim had been established.

According to the claimants, Timesource had substantial goodwill in its Henley watches and the name Henley was the attractive force which brought in custom. Since there was no material difference between the appearance of the watches of Timesource and Ultimate, it was argued that the damage inflicted by the alleged passing off was the deflection of potential customers for Henley watches (eg, Argos would not want to stock Henley watches if it already stocked the Henleys range). A loss in terms of royalty payments was also sought. It was also maintained that the sale of Henleys watches increasingly diluted the value of the exclusivity attached to the Henley brand. However, there was no actual evidence of damage.

Sitting as a deputy judge of the Chancery Division, Robert Englehart QC first summarised the basis for a successful passing-off action. In principle, mere confusion between similarly-named products is insufficient to support a successful passing off action - a misrepresentation is required. A claimant in an action for passing off must prove three elements:

On the facts here, there had been passing off in relation to watches. Timesource had established that it enjoyed a substantial goodwill in Henley watches; sales of watches under the brand name Henleys thus created the belief that the watches were, or were associated with, Henley watches. There was no question of any deliberate deception of the public; that was not in issue. The question was whether there had been a misrepresentation and, in the court's view, there had been. There was no evidence of actual confusion to speak of, since both parties sold principally to the trade and, where end users were confused, it was usually ‘reverse confusion’ where customers thought Timesource's watches were those of the defendants. However, the court accepted that damage would be likely to ensue even though it was not likely to be great.

What was the likely damage? A loss of sales of Henley watches, since Timesource would not be able to sell watches under its own brand name to retailers of Henleys watches. However, the claimed loss of royalty income was irrecoverable on the facts, since it did not flow from the misrepresentation. Finally, Timesource could not complain of dilution of the Henley brand in an action for passing off.

Arguably, Woolley should have been persuaded at an early stage, on discovering the existence of an almost identical mark, to do something more decisive than tolerating its existence so long as some licensing revenue was heading his way. Near-identical marks for the same products generally lead to tears, and/or to litigation.