Parody not a defence when trademarks are confusingly similar

In PRL USA Holdings v Thread Pit (Cancellation 92047436, May 14 2012), the Trademark Trial and Appeal Board (TTAB) has held that a novelty T-shirt company’s trademark registration showing a polo player falling off his horse was confusingly similar to the famous trademark logo owned by Ralph Lauren for a polo player sitting on his horse. The TTAB found that “parody is not a defence if the marks are otherwise confusingly similar”. 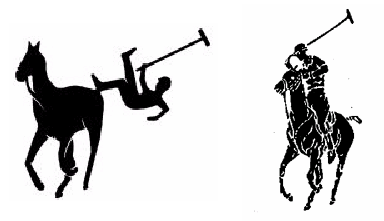 The TTAB disagreed, finding Threat Pit's mark to be confusingly similar to Ralph Lauren's marks. The TTAB concluded that 40 years of use, substantial advertising and expenditure, media exposure and substantial sales via many retail stores, supported its finding that Ralph Lauren’s marks are famous and therefore entitled to a wide scope of protection. The goods involved were in part identical and, as the TTAB noted, there were no restrictions in the identifications set forth in the registrations. With regard to the channels of trade and classes of purchasers of the respective goods, the TTAB concluded that they were presumed to include the normal channels of trade for these goods, as sold to the normal classes of consumers. Therefore, the TTAB found that the similarities between Ralph Lauren’s and Thread Pit’s goods, channels of trade and classes of purchasers favoured a finding of likelihood of confusion.

The TTAB further observed that, when the goods are identical, a lesser degree of similarity between the marks is necessary to find confusion likely. Here, in each logo, the horses were in an identical position with the left front leg curling back and crossing the right rear legs, the reins draped in the same manner, and the polo mallet extended from the rider at the same angle. The only difference in the appearance of the marks was the position of the rider.  The TTAB held that, given the fame of Ralph Lauren’s marks, the points of similarities in appearance, connotation and commercial impression outweigh the dissimilarities.

Finally, the TTAB held that Thread Pit’s argument that its logo was a parody of Ralph Lauren’s polo player logo and a parody of that elite, luxury lifestyle was "not a defence if the marks are otherwise confusingly similar”. The TTAB concluded that parodying a lifestyle is not a parody of a trademark.