Inditex had previously secured an ex parte order against Oriental Cuisines; however, the order was subsequently modified, and Oriental Cuisines was permitted to use the composite trademark ZARA TAPAS BAR. The court in the present proceedings came to the conclusion that Inditex had a good prima facie case entitling it to protect the ZARA mark, even in relation to dissimilar goods and services. 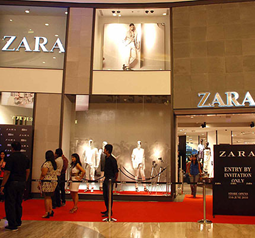 In support of its case, Inditex relied on the following arguments, among others:

In its defence, Oriental Cuisines stated as follows:

After hearing the parties, the court granted an injunction in favour of Inditex, stating that:

Zara is a well-known Arabic name, which is also used in India. In fact, a famous Bollywood movie is named Veer Zahra, with Zahra being a lead character. Therefore, without the Spanish connection highlighted by Inditex, the monopoly given to it in relation to completely dissimilar goods and services could be seen as a bit far-fetched. It would be interesting to see what the outcome would have been if a person named Zara used ZARA in relation to restaurants and relied on the 'own name' defence.