‘Only’ marks not sufficiently similar for relevant public to make connection

Print article
European Union
Legal updates: case law analysis and intelligence
In Aktieselskabet af 21 November 2001 v Office for Harmonisation in the Internal Market (OHIM) (Case T-586/10, November 21 2001), the General Court has found that OHIM was correct in rejecting an opposition filed by Aktieselskabet af 21 November 2001 against the registration of a figurative trademark by Parfums Givenchy SA under Articles 8(1)(b) and 8(5) of the Community Trademark Regulation (207/2009).
On August 10 2004 Givenchy filed an application for the registration of the following figurative sign as a Community trademark in Class 3 of the Nice Classification for "toilet soaps, perfumes, eau de Cologne and eau de toilette, cosmetics, make-up, essential oils for personal use, milks, lotions, creams, emulsions, gels for the face and body, deodorants for personal use": 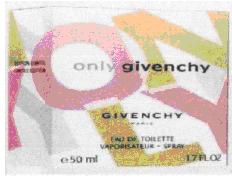 On July 21 2005 Aktieselskabet filed an opposition based on:
On October 22 2009 the Opposition Division of OHIM rejected the opposition. Although the goods were identical as regards TM1, there was no likelihood of confusion. TM2 and TM3 were identical to TM1, with the result that there could a fortiori be no likelihood of confusion since the goods in questions were different (see Article 8(1)(b) of the regulation). Even though the evidence submitted demonstrated that TM1 had a reputation in Denmark, Aktieselskabet had failed to show that use of the mark applied for would take unfair advantage of, or be detrimental to, the distinctive character or the repute of the earlier marks (see Article 8(5)).
On December 17 2009 Aktieselskabet lodged an appeal, which was dismissed by the Second Board of Appeal of OHIM. The board began its analysis by examining TM1, and concluded that the relevant territory was Denmark and that the relevant consumer was the average consumer, deemed to be reasonably well-informed, observant and circumspect.
The signs were visually similar only to a low degree, since the adverb 'only' served the purpose of drawing attention to the element 'Givenchy' in the mark applied for, whereas the word 'only' had a more general function in TM1. As regards the phonetic comparison, there was a medium degree of aural similarity between the signs due to the fact that the additional element 'Givenchy' in the mark applied for would be pronounced. Conceptually, the element 'Only Givenchy' formed a logical and conceptual unit with a laudatory semantic value, distinct from the word 'only' considered in isolation, with the result that the signs at issue were partially similar.
Consequently, the board concluded that there was no likelihood of confusion between the signs at issue within the meaning of Article 8(1)(b), and this finding also applied to TM2 and TM3, even if the goods were, at most, similar. As regards Article 8(5), the board stated that the degree of similarity between the signs at issue was not sufficient for the public to establish a connection between the signs, since the element 'only' in the mark applied for would be perceived as inseparable from the element 'Givenchy', whereas it had an independent distinctive role in the earlier marks.
On December 22 2010 Aktieselskabet brought an action against the board's decision.