OHIM was right to assess items of evidence in conjunction with one another, rather than individually

The decision of the General Court of the European Union in Deutsche Rockwool Mineralwoll GmbH & Co OHG v Office for Harmonisation in the Internal Market (OHIM) (Case T-215/13, July 15 2015) is a useful reminder of the key principles relating to proving genuine use of a Community trademark (CTM). The court confirmed that Recticel had proved use of its figurative CTM No 2960789 (reproduced below) in respect of "insulating materials" in Class 17 of the Nice Classification. 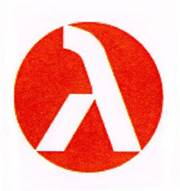 Recticel is a Belgian company specialising in the manufacture of polyurethane foam for use, among others, as building insulation material. Deutsche Rockwool is the German subsidiary of the Rockwool Group, the Denmark-headquartered, global supplier of products and systems based on stone wool for a variety of uses, including building insulation.

Deutsche Rockwool filed an application for revocation of Recticel’s mark for non-use pursuant to Article 51(1)(a) of the Community Trademark Regulation (207/2009).

Deutsche Rockwool appealed to the General Court, arguing that:

The court agreed with the Board of Appeal’s decision and rejected Deutsche Rockwool’s appeal on all counts.

In considering whether Recticel’s evidence was sufficient to establish genuine use of the mark, the court touched upon the following aspects of the assessment: 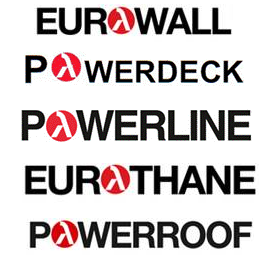 The court reiterated that Article 15(1) of the regulation does not impose a requirement of strict conformity between the mark as registered and the mark as used, and it allows for variations of the sign which, without altering its distinctive character, enable the proprietor to adapt the mark to its various marketing needs. In fact, in the court’s opinion, the use of the mark as part of word marks reflected the “commercial need of being able to refer to that mark orally without it losing its distinctive and recognisable character”.

As confirmed by previous case law, the court held that the “addition of elements which will not be perceived as forming a unit with the mark at issue do not constitute an alteration of the distinctive character of that mark” (Paragraph 29). When used in the word marks above, the mark did not lose its distinctive character as it was a juxtaposed element retaining its independence rather than a single unit with rest of the elements. It was also relevant that the mark had been used interchangeably with and without additional elements.

Further, it was established in case law that genuine use can be found even where a registered mark is only used as part of a composite mark (which is itself registered) and it has become distinctive only as a result of such use.

The court concluded that use of the mark as an ‘o’ in the word marks above could prove genuine use.