In Senz Technologies BV v Office for Harmonisation in the Internal Market (OHIM) (Joined Cases T-22/13 and T23/13), the General Court  has overturned a declaration of invalidity made in respect of Senz Technologies BV's Community design for an asymmetrically shaped wind-resistant umbrella.

Impliva BV applied for a declaration of invalidity in respect of two designs registered by Senz. In doing so, Impliva successfully relied upon an earlier US patent disclosing an asymmetrically shaped umbrella, with the Invalidity Division of OHIM concluding that, although Senz's designs were new within the meaning of Article 5(1) of the Community Designs Regulation (6/2002), they were devoid of individual character for the purposes of Article 6(1). The Board of Appeal upheld this decision. 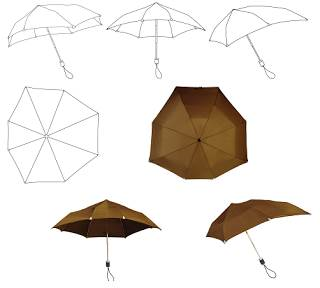 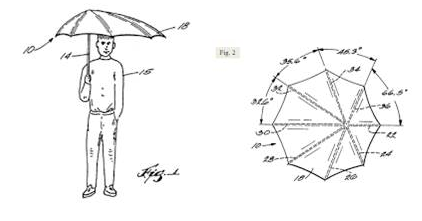 The Board of Appeal had considered that the US patent could reasonably be known to the sector concerned because the USPTO register is accessible to the public free of charge and it would be unwise for designers not to check the US register, as it was one of the most important registers of IP rights in the world and the United States is the most important trading partner of the European Union. Consequently, it was unlikely that those specialised in the sector concerned did not check the USPTO register.

Senz disputed these findings on the grounds that it was unlikely that the average EU designer was familiar with patent systems or associate the term 'patent' with designs. Senz also argued that the average EU designer could not be presumed to have consulted patent registers located outside the European Union, in part because it was beyond the financial means of designers and small and medium-sized enterprises to undertake excessive searches.

The General Court rejected Senz’s appeal on this ground. A patent could disclose the appearance of a product and so could rightly be relied upon as an earlier design. Following the judgment of the Court of Justice of the European Union in H Gautzsch Großhandel (Case C-479/12), it was not necessary for disclosure to have taken place within the European Union for the design to be deemed to have been made available to the public. It was necessary to assess whether, in the particular circumstances of the case, it was appropriate to consider that it was not actually possible for the sector concerned to have been aware of the disclosure. In the present case, the designer of a wind-resistant umbrella could be expected to consult patent registers as the product had both aesthetic and considerable technical requirements so may have already been patented. Senz had failed to adduce evidence to support its arguments that the circumstances of the case prevented the sector concerned from learning of the publication of the patent.

The General Court agreed with the Board of Appeal that the informed user in the present case was someone wishing to use an umbrella, who needs to purchase one and who has become informed on the subject.

The General Court compared the overall impressions produced by the patent and Senz’s design as viewed from overhead, laterally and from underneath and concluded that the canopy shapes were different; the umbrella disclosed by the patent had a flat surface in the middle and curved lateral contours resting on a regular octagon, whereas Senz's designs had an irregular pyramidal or quasi-pyramidal shape with slightly bent lateral contours resting on an elongated irregular octagon. The degree of freedom of the designer was limited so even minor differences between the earlier patent and the contested designs were sufficient to produce different overall impressions on the informed user.

OHIM argued that the principal feature of the designs was the off-centre positioning of the umbrella’s shaft in relation to the canopy and that the impact of this feature was greater because it was entirely new. The General Court rejected this argument as untenable since it would lead to a situation where the proprietor of the first design registered for a new product could prevent any subsequent design registration. While the off-centre position of the umbrella’s shaft would stand out if compared with a normal umbrella, the fact that they were both asymmetrical did not prevent a different overall impression being produced when two asymmetrical umbrellas were compared.

The Board of Appeal had wrongly placed greater weight on the user’s perception of the umbrellas from underneath during use. The General Court considered that, if decisive weight were attached to the perspective of the user during use, any object worn by a user, would be devoid of distinctive character because they have no perceptible distinctive appearance when used. This did not reflect the reality in which the user made a decision to purchase such items, which in most cases would be based on their design.

Impliva’s argument that the shape of the umbrella's canopy was the result of aerodynamic constraints also failed. The limitation for protection for designs in Article 8(1) arises only when one or more features of a product's appearance are dictated solely by technical function, not where it also fulfils a technical function.

The General Court's judgment is a helpful reminder of the correct approach for assessing individual character from the perspective of the informed user. Designers should consider casting the net further and also considering patents for potential earlier designs where the design has both a design and technical element.