In The Absolut Company Aktiebolag (Case R 799/2013-2), the Second Board of Appeal of the Office for Harmonisation in the Internal Market (OHIM) has annulled the examiner’s objection to the registration of a non-traditional trademark consisting of the shape of the white Malibu bottle (devoid of markings).

The decision provides an interesting illustration of the persuasive application of previous findings of OHIM and national registries, as well as a useful commentary and analysis of evidence of fact (including survey and expert evidence) before the Boards of Appeal of OHIM.

In early 2013 the Absolut Company Aktiebolag refreshed the brand of its well-known Malibu liqueur, primarily by introducing a new logo and refining the design of its (also well-known) white bottle. The new bottle is more slender and contoured than the old bottle, and incorporates a wave-shaped transparent window at the bottom below a main body that is opaque and white (where the previous design was entirely opaque). The cap, which is brown, remains unchanged. 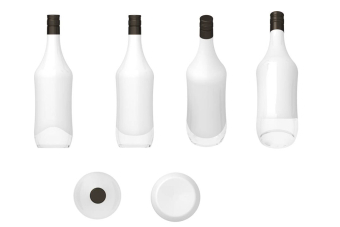 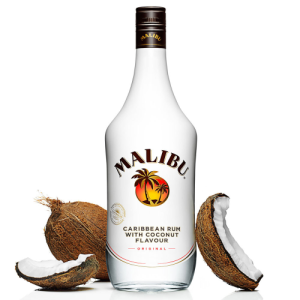 Prior to the launch of the new branding, Absolut applied for a Community trademark (CTM) in respect of the bottle itself, rendered in colour (and with the window evident) but otherwise devoid of any markings such as wording, logos or an indication of what it might contain. The mark was specified for alcoholic beverages in Class 33 of the Nice Classification.

The examiner raised an objection on the basis of Article 7(1)(b) of the Community Trademark Regulation (207/2009). The applicant responded to the objection on the basis of inherent distinctiveness together with initial evidence of factual distinctiveness. In support of these two propositions, the applicant relied additionally on its prior (similar) registered trademark rights.

Despite the applicant’s observations and evidence, the objection was maintained and the finding appealed.

The Board of Appeal addressed the question of inherent distinctiveness by analysing each characteristic of the bottle separately. It took into account that neither the slight contouring (“tapering”) nor the brown cap departed significantly from the norms and customs of the sector; it is common for bottles to be cylindrical and have caps in contrasting colours and materials.

In respect of the opaque white colour, it was found that this resembled the colour of coconut pulp which (being a prominent flavour of the drink it contained) was too closely associated with the product itself to render the mark distinctive.

In respect of the transparent wave, it was accepted that this enhanced the distinctiveness of the mark, but that was not sufficiently distinctive on its own to overcome the objection. Accordingly, the board found that the bottle was not inherently distinctive enough to fulfil a trademark function.

The applicant additionally submitted that it was already the owner of two related registered trademark rights. The UK IPO had accepted the mark on the basis of its intrinsic distinctive character. Also, the older version of the bottle remains registered as a CTM. 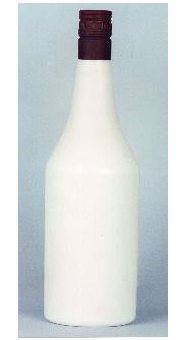 OHIM is not bound by its examination decisions or those of the national registries, so neither of these previous registrations was decisive. Interestingly, however, the board did emphasise the persuasive effect on the decision as a whole. The fact was that the old and new bottles were “practically identical” in terms of their distinctive features, save that the wave-shaped window served to enhance the distinctiveness of the mark over the existing registration.

In addition to the evidence filed during examination, a “huge amount” of additional evidence was filed on appeal.

In terms of historic facts, the applicant showed impressive and long-standing sales of very large quantities of Malibu all member states. Advertising expenses were shown for 10 EU member states and were similarly impressive. The applicant also relied on evidence from the spirits world ranking lists, which put the Malibu product in the top 1% of spirit brands and 5th within its category.

Because the application was filed before the mark was launched, however, that historic evidence necessarily addressed a different mark. The applicant relied on survey evidence to overcome this issue.

The main issue remained whether the new bottle was recognised as an indication of trade origin. There was no absolute requirement that the mark was associated with the Malibu brand by survey participants; only that it was perceived as an indication of origin. In the German survey, 22% of qualified respondents named Malibu, 72% had seen the bottle before, and overall 90% were able to give some indication of specific product knowledge (even if only on a general level, such as associating it with the concepts of “coconut”, “sweet” or “cocktails”).

A final category of evidence was filed in a form resembling expert evidence, being statements from trade associations endorsing the bottle as an indication of trade origin which enables consumers to associate it with the applicant.

This decision was detailed and well reasoned, and serves as a useful illustration of strategy to support registration of non-traditional trademarks. It is anticipated that practitioners will welcome the approach of considering the evidence and submissions in light of previous decisions of the office despite the non-binding nature of those decisions.