Print article
European Union
Legal updates: case law analysis and intelligence
In Companhia Muller de Bebidas v Office for Harmonisation in the Internal Market (OHIM) (Case T-472/08, September 3 2010), the General Court has reversed a decision of the Board of Appeal of OHIM in which the latter had found that there was no likelihood of confusion between marks including the numerals 51 and 61.

Companhia Muller de Bebidas filed an opposition against the application for the registration of the figurative mark 61 for alcoholic beverages (except beers) in Class 33 of the Nice Classification: 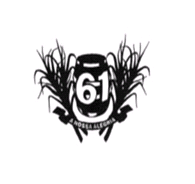 The opposition was based on six earlier national registrations for figurative marks containing the numeral 51 in combination with the terms 'Cachaça', 'Pirassununga' and other verbal elements:

The opposition was also based on the well-known word and figurative marks CACHAÇA 51, registered in Portugal for alcoholic beverages.
The Opposition Division of OHIM rejected the opposition in its entirety. On appeal, the Board of Appeal of OHIM concurred with the reasoning of the Opposition Division and found that the differences between the marks precluded any risk of confusion within the meaning of Article 8(1)(b) of the Community Trademark Regulation (40/94). Muller appealed.
The General Court annulled the Board of Appeal's decision, holding that the latter had erred in concluding that there was no likelihood of confusion. In particular, the court found as follows:
In view of the above, the court held that, for the consumers concerned, the marks conveyed visual and phonetic impressions which were similar to a low degree, and a conceptual impression which was similar to an average or low degree.
The court concluded as follows:

"Even if the relevant public were capable of perceiving certain dissimilarities between the marks at issue, there is a real likelihood that it would establish a link between those marks, in view of all the foregoing considerations and of the identity of the goods covered by those marks. Ultimately, those dissimilarities do not appear, in the present case, sufficient to rule out any likelihood that the relevant public or, at the very least, the average Portuguese consumer of alcoholic beverages displaying an average level of attention might believe, relying on his imperfect overall recollection of those marks, that the goods covered by them come from the same undertaking or from economically linked undertakings."
In view of the above, the court considered that there was no need to examine whether the prior Portuguese registrations for CACHAÇA 51 were well known in Portugal.
The decision is interesting in that the court gave particular weight to the numerals 51 and 61, which were considered to be the dominant elements of the marks. The decision is also surprising, since the court decided that even a very limited risk of confusion between the marks on the part of the relevant public was sufficient.
Caroline Casalonga, Casalonga Avocats, Paris, and Cristina Bercial-Chaumier, Bureau Casalonga & Josse, Alicante