Under the Turkish Trademark Decree-Law 556, bad faith is considered as a ground of opposition. However, so far this ground had been applied quite strictly and in rather clear-cut cases – that is, where the trademark application was an exact copy of the opponent’s trademark and covered identical goods. However, a recent decision of the Turkish Patent Institute (TPI) shows that the notion of ‘bad faith’ is now applied more broadly.

In mid-2011 a US company that is well known and active in the bakery and café sector became aware that two individuals had filed a trademark application in Turkey. The trademark application in question contained a word element and was filed in colour, so it did not merely copy the opponent’s stylised trademark, which serves as a core brand for its business. 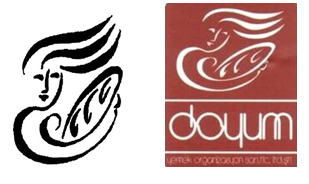 As the US company did not use its trademark for accommodation and pet care services in Class 43, it based its opposition on the following allegations:

The TPI found in favour of the opponent. It stated that the opponent’s prior rights and prior use were both recognised, but not duly accepted as an opposition ground, as they did not cover accommodation and pet care services. However, noting that the US company’s stylised device mark was a highly original mark that had been used broadly and continuously by the opponent, the TPI concluded that the application, which was very similar to the opponent’s trademark and covered services in the same class (although different), had been filed in bad faith. The TPI thus rejected the application in its entirety.

The decision is significant in that the TPI now seems to apply the principle of ‘bad-faith application’ more broadly.