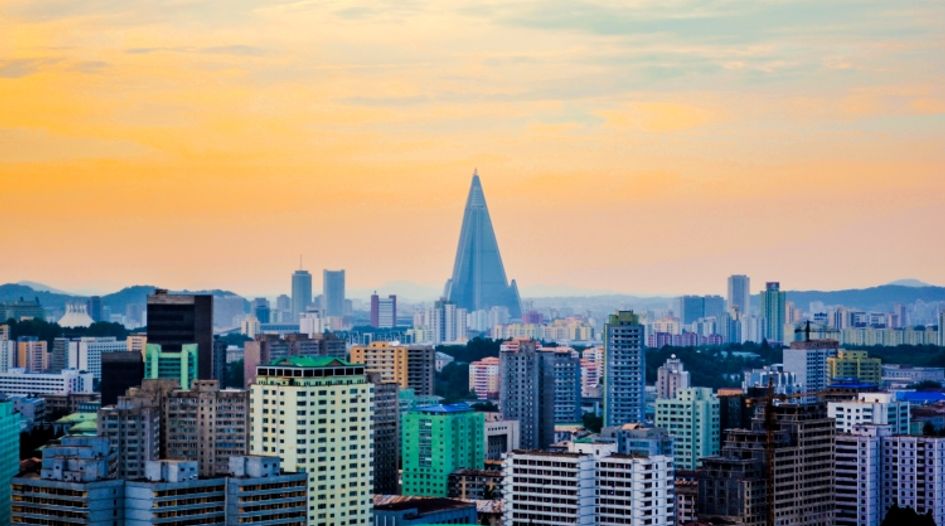 Every Tuesday and Friday, WTR presents a round-up of news, developments and insights from across the trademark sphere. In our latest edition, we look at Target expanding its brand portfolio, retail companies leading a ‘brand health’ survey, the Belarus IP office correcting a media mistake, the New York Times delving into the world of counterfeit books, and much more. Coverage this time from Trevor Little (TL), Bridget Diakun (BD), Jonathan Walfisz (JW)  and Tim Lince (TJL).

Amazon notches a win in intangibles taxation dispute – Reuters’ Jonathan Stempel reports that Amazon.com Inc has defeated a US Internal Revenue Service (IRS) appeal in a $1.5 billion dispute over the tech giant’s tax treatment of transactions with a Luxembourg subsidiary. The dispute focuses on the transfer of intangible assets (including intellectual property), in 2005 and 2006, to Amazon Europe Holding Technologies. Amazon had filed a petition to challenge the IRS's valuation of a buy-in payment for pre-existing intangibles related to the company's contribution to a cost sharing arrangement (whereby Amazon and a holding company for the European subsidiaries would be treated as co-owners of the intangibles). After the court sided with the tech company, the IRS appealed. The tax court ruled primarily with Amazon and the revenue service appealed. Late last week the Ninth Circuit affirmed the previous decision and held that the definition of "intangible" in the applicable transfer pricing regulations did not include residual-business assets. The decision is a significant win for Amazon and one that will be closely followed by those evaluating IP rights ownership structures. (TL)

Target expands portfolio with grocery brand – Target has announced that it will launch a grocery brand called Good & Gather to further develop its food business. The US retailer already has a number of other private-labels in apparel and home goods, and is hoping that this line will be another moneymaker. Good & Gather products will be introduced in stores from 15 September. Over the course of the year over 2,000 items will be available, ranging from organic snacks to frozen meals. The company expects Good & Gather to become a multibillion-dollar brand by the end of 2020. (BD)

Retail companies top ‘brand health’ list – John Lewis has taken top spot in the YouGov’s brand health rankings in the UK, with Netflix revealed as the ‘most improved’. The rankings are drawn from interviews in Britain, with individuals asked their view on 1,500 brands. The index scores consider such qualities as value, quality, reputation, satisfaction scores and whether people would recommend the brand. Retail brands John Lewis, Ikea and Marks and Spencer took the top three spots, with Amelia Brophy, head of  data products, UK, at YouGov, arguing that the findings “runs contrary to news reports throughout 2018 and 2019 of the ‘death of the high street’, suggesting that companies need more than beloved brand to secure a long-term future”. The brands with the biggest year-on-year increases in their brand health score were Netflix, Uber and British Airways. (TL)

Logo-mount considered infringement on Audi’s trademark – Over on IPKat, a recent decision by the German Federal Court of Justice was analysed. Car manufacturer Audi sued a spare parts seller who sold a radiator grille for an Audi A6 on eBay. The grille was sold without the Audi four-ring logo but with the mount that the logo was intended to be attached to. Audi sent a cease-and-desist which was undertaken but requests for sales figures were refused. Audi succeeded in suing at first and second instance before the seller appealed to the Federal Court. The seller argued that Audi could not enforce its IP rights as the use of its trademark is necessary. The court, however, found that the mount, that is similar to Audi’s trademark, is a clear indication of the car and grille’s origin and intended purpose of the sign. Additionally, the court also found that the use of the specific mounting fixture was not necessary for the public to be provided with comprehensive knowledge of the intended purpose of the goods. The four-ring logo could be affixed to a mount that does not look like the emblem. Therefore, the seller could have informed the public of the grille’s origin through other means in their eBay advertisements. (JW)

No longer Live: Canadian trademark application denied – The application for LIVE as a trademark for hotels, entertainment and advertising services was cancelled first in 9 March 2018 due to Live! Holdings’ failure to demonstrate use in Canada. On 2 August 2019, an appeal on that decision was dismissed. The Canadian Trademark Blog considered how the court found that the mark was used primarily outside Canada for hotels with merely reservation holding done within the country. The mark was not found to have proved use within Canada as the services of the mark were not found to have been offered directly to Canadians. (JW)

Rice War battle ruled in Sun Fat Trading Corporation’s favour – The US District Court in the Northern District of California ruled against an application for a temporary restraining order on Sun Fat Trading Corporation (SFTC). The win for SFTC comes as the latest victory in an on-going case with Vinh-Sanh Trading Corporation. Both corporations sell brands of jasmine rice. Vin-Sanh alleges trademark infringement by SFTC on their THREE LADIES BRAND of jasmine rice. The two brands are already linked through Vinh-Sanh’s vice president and SFTC’s CEO being family members. (JW)

North Korea ‘establishes IP institution’ – According to Korean outlet Yonhap, North Korea appears to have established an institution “in charge of IP”. The reason for the launch, states the report, is because the North Korean regime is “intent on developing technologies to spur economic development”. Head of this new IP institution is Kim Yong-Chol, who is quoted as saying: “We will contribute actively to the economic construction and development of scientific technologies by further expanding and strengthening projects to protect intellectual property of the country.” The establishment of the institution will lead to the creation of “legal and institutional conditions for the protection of intellectual property”, claims the regime. Unsurprisingly, further details are currently scant, but it’s a development worth following. (TJL)

Brazil asks WIPO for individual fee for international application designations – Ahead of Brazil joining the Madrid Protocol on 2 October 2019, the country has sent a declaration to WIPO asking that it receives an individual fee whenever Brazil is designated in an international registration. This declaration is made under Article 8(7)(a) of the Madrid Protocol. The fees will be paid in two parts according to Rule 34(3)(a) of the Common Regulations. For each class of goods or services applied for internationally with a Brazil designation, the amount will be 105 Swiss francs for the first class and 188 Swiss francs for subsequent classes. 269 Swiss francs will be paid for each class of goods or services renewed in an international registration, with 406 Swiss francs paid when the payment is received within the period of grace. (JW)

Belarus IP office corrects inaccurate reporting – Earlier this month, Belarus media outlet Marketing.by reported on the launch of a chatbot at the IP offices of Belarus, Kazakhstan and Russia. The chatbot, called PatentBot, “allows you to check for free whether the trademark is busy, then enter the necessary data and pay for registration”, according to the article. However, the Belarus IP office had an issue with the wording of the media report, and released a press notice correcting the record. “We draw the attention of users that this ‘PatentBot’ system acts as a commercial unauthorised intermediary between the applicant and the national patent offices – the only authorised organisations that register industrial property rights,” the notice states. “The intermediary does not register a trademark, but only prepares an application for registration of a designation as a trademark and forwards it to the national patent office.” The use of ‘registered’ rather than ‘filed’ or ‘applied’ for a trademark is a common mistake in media outlets – and it’s good to see a national IP office put the record straight. (TJL)

NYT delves into the world of counterfeit books – On Monday, the New York Times published a feature focused on the “explosion in counterfeit books” being sold on Amazon. Much of the article looked at fake versions of classic novels, with some disturbing findings. “One reader discovered, to his surprise, that his new copy of [George Orwell novel] ‘1984’ had passages that were ‘worded slightly different’. Another offered photographic proof that her edition was near gibberish. A third said the word ‘faces’ was replaced in his copy with ‘feces’.Getting Orwell books that skip chunk of pages seemed to be a routine experience.” Indeed, such modified counterfeit editions are now commonplace, with the Authors Guild claiming that that “in the last two years, the number of piracy and counterfeiting issues referred to its legal department has increased tenfold”, with the NYT writer saying that such counterfeits “are a blow against the authority of the book and accelerate a dangerous trend toward misinformation”. For its part, Amazon released a statement on Sunday, saying enforcing books on the Amazon platform is particularly difficult because “there is no single source of truth” for the copyright status of books, so it “relied on authors and publishers to police its site”. It added that machine learning and artificial intelligence are “ineffective when there is no single source of truth from which the model can learn”. It appears, then, that fake books is another growing source of illicit goods – and while not necessarily physically dangerous, is potentially dangerous to global knowledge and culture. For that reason, then, the hope is that a solution can be found. (TJL)