No monopoly over the words 'Russian cheese'

The Tallinn Circuit Court has dismissed an opposition against the registration of the figurative trademark VENE JUUST (‘Russian cheese’ in English) by Piimandusühistu E-Piim on the grounds that the word combination ‘Russian cheese’ designates the kind of the goods and has become customary in good-faith business practice.

On November 8 2007 Estonian company E-Piim applied to register the figurative trademark VENE JUUST for “cheese” in Class 29 of the Nice Classification (Application M200701733): 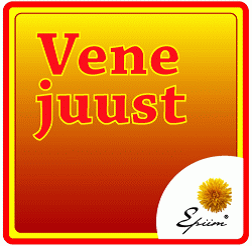 Mr Ago Teder, a private person who is the owner of competitor OÜ Estover, opposed the application before the Board of Appeal based on his earlier figurative mark VENE JUUST (Registration 26801), in which the word ‘cheese’ was disclaimed:

Teder argued that the trademarks were visually, phonetically and conceptually similar. Teder also claimed that his trademark had been in use with a red and yellow colour combination; moreover, because Russian cheese had been produced since 1995 exclusively by his company, consumers associated the trademark VENE JUUST only with his company. Teder also pointed out that, in his trademark, only the word ‘cheese’ was disclaimed, which meant that he had the exclusive right to use the VENE JUUST mark in the course of trade. Finally, he argued that the trademark VENE JUUST is well known in Estonia.

Applicant E-Piim stated that the word element ‘Russian cheese’ designated the kind of the goods and submitted evidence (dating from 1970 to 1981) which proved that, even during the Soviet area, there were instructions on how to prepare Russian cheese. E-Piim argued that Teder should not be allowed to monopolise the word combination ‘Russian cheese’ and that others should be able to use this phrase. E-Piim pointed out that Teder had not filed any evidence demonstrating that it was his VENE JUUST mark, rather than Russian cheese in general, that was well known.

The Board of Appeal dismissed the opposition; the dispute reached the Harju County Court and, subsequently, the Tallinn’s Circuit Court. Both instances dismissed the opposition, holding that the word combination ‘Russian cheese’ was disclaimed in the mark applied for. The courts also stated that the fact that Teder had been the only producer of Russian cheese for a period of 10 years did not give him the exclusive right to prohibit others from using the technology used to prepare Russian cheese.

Teder appealed to the Estonian Supreme Court, but the court refused to hear the appeal. Therefore, the Tallinn Circuit Court’s decision came into force on September 5 2012.