No likelihood of confusion between unicorn head marks despite conceptual similarity

The Opposition Division of the Office for Harmonisation in the Internal Market has dismissed an opposition against the registration of the figurative Community trademark (CTM) No 010249001, depicted below, for goods and services in Classes 14, 18, 25, 26 and 35 of the Nice Classification in the name of Ms Caterina Stratan: 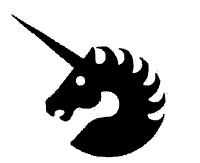 The Opposition Division noted in its decision (which can be appealed by the opponent within two months of its notification) that the opponent’s figurative trademarks and the CTM application filed by Stratan are conceptually identical: they will both be associated with the same concept by the relevant audience, since both marks consist of the depiction of a unicorn head.

Moreover, the Opposition Division considered that the trademarks:

Notwithstanding the above, the Opposition Division noted that, although both trademarks consist of the depiction of the same mythical animal, the differences between the marks (eg, the orientation of the unicorn's head, the circular shape of the opponent’s earlier marks and the different silhouettes of the animals) rendered them dissimilar visually. The conceptual similarity was not sufficient to counteract the visual dissimilarity.

Consequently, the Opposition Division considered there was no likelihood of confusion on the part of the public, even if the goods and services covered by the marks were identical. The opposition was thus rejected.

It should be noted that, in addition to the CTM application at issue in this case, Stratan had also applied for the registration of the combined CTM CATERINA STRATAN (No 010248979), depicted below, for the same classes of goods and services. This application was also unsuccessfully opposed by Einhorn on the same grounds.