In MHCS v Office for Harmonisation in the Internal Market (OHIM) (Case T-249/13, April 9 2014), the General Court has ruled that the Second Board of Appeal of OHIM had been correct in holding that there was no likelihood of confusion between figurative trademarks consisting of bottle neck bands intersecting in the form of a 'lavaliere' tie. The court also confirmed that OHIM has a wide discretion to decide whether or not to take into account evidence submitted after the expiry of deadlines.

On May 25 2010 Ambra SA filed an application for registration of the figurative trademark DORATO for "alcoholic beverages (except beers)" under Class 33 of the Nice Classification: 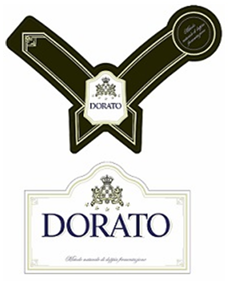 On September 22 2010 MHCS opposed the application based on its figurative Community trademarks registered for identical goods and representing a bottle neck label in the form of a lavaliere tie:

MHCS cited grounds for refusal under Article 8(1)(b) of the Community Trademark Regulation.

On appeal to the General Court, MHCS argued that the Board of Appeal had misinterpreted Article 76(2) in rejecting the evidence that the earlier trademarks had acquired enhanced distinctiveness through use and by failing to state the reasons on which its decision was based.

In its reasoning, the Board of Appeal had referred to the circumstances of the case, the provisions in question, the relevant case law and the fact that MHCS had not given any legitimate reason for the failure to comply with the time limit. The General Court therefore held that the Board of Appeal had provided the requisite legal standard in giving reasons for refusing to take the evidence into account. While Article 76(2) enables the board to consider facts or evidence which are submitted late, it is under no obligation to do so and it is apparent from Rule 50(1) of Regulation 2865/95 that, where the appeal is from a decision of the Opposition Division to the Board of Appeal, the board is to limit its examination to that evidence presented in time. In the circumstances, the General Court ruled that the Board of Appeal had properly exercised its discretion to disregard the evidence of the trademarks' acquired distinctiveness from its assessment.

Further, MHCS alleged infringement of Article 8(1)(b). The Board of Appeal had found that:

It was not disputed in the case that the goods at issue were identical.

The court then considered the dominant element of the mark applied for. The court started by analysing existing case law which confirmed that, where a trademark is composed of word and figurative elements, the words are in principle more distinctive than the figurative elements. In particular, consumers usually describe wine by reference to the word element which identifies it. On account of its size, position and the fact that it appears twice in a contrasting colour on the label, the General Court agreed that the word element 'dorato' constituted the dominant element of the trademark applied for.

With regards to the visual comparison, the General Court held that, viewed as a whole, the signs at issue were visually different. The only element of similarity between the trademarks was that they were both labels for affixing on the neck of a bottle, a figurative element which is weakly distinctive.

As to the conceptual comparison, the General Court also agreed with the Board of Appeal that there was no conceptual similarity. The word 'dorato' means 'gold' in Italian and none of the word elements in the earlier marks conveys that concept. For non-Italian speaking consumers, the mark applied for had no meaning.

The phonetic comparison was not in dispute in the case.

Having regard to the fact that there were no visual, phonetic or conceptual similarities between the signs at issue, the General Court agreed with the Board of Appeal's finding that these signs were dissimilar overall and that, consequently, there was no likelihood of confusion between the trademarks.