In dm-drogerie markt GmbH & Co KG v Office for Harmonisation in the Internal Market (OHIM) (Case T-662/13, June 25 2015), the General Court has upheld a decision of the First Board of Appeal of OHIM in which the latter had found that no likelihood of confusion existed between a figurative sign that would be perceived as a stylised representation of the letter ‘M’ and the earlier word mark DM.

Diseños Mireia applied for registration as a Community trademark of the sign depicted below, covering, among other things, precious metals, jewellery, precious stones and horological and chronomatic instruments in Class 14 of the Nice Classification. 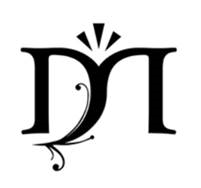 The Opposition Division of OHIM rejected the opposition in its entirety and the Board of Appeal dismissed dm-drogerie markt’s appeal.

The General Court confirmed the Board of Appeal’s findings that:

These findings were, moreover, not disputed by the parties.

The General Court confirmed the Board of Appeal’s assessment, reasoning that there is normally no opening at the bottom of the capital letter ‘D’ and that the overall impression created by the mark is dominated by the mirrored side stems of the ‘M’. The General Court dismissed dm-drogerie markt’s argument that the mark applied for would represent the initials of the trade name ‘Diseños Mireia’. The comparison must be made between the signs as registered and applied for, and dm-drogerie did not in any way substantiate its premiss that the relevant public would associate the sign applied for with the name Diseños Mireia, which it could have done in particular by showing that that mark and that trade name are widely known.

The General Court also found that the Board of Appeal was right to conclude that:

Having found that there was no similarity between the marks at issue, the Board of Appeal had been right to conclude that there was no likelihood of confusion, irrespective of the alleged enhanced distinctive character of the earlier mark.