No likelihood of confusion between 'cow' marks for sweets

In Pico Food GmbH v Office for Harmonisation in the Internal Market (OHIM) (Case T-623/11), the General Court has dismissed an appeal against a decision of the Second Board of Appeal of OHIM in an opposition filed by Pico Food GmbH against the registration of the following sign: 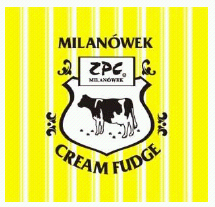 The mark was applied for by Mr Bogumił Sobieraj, trading under the name of Zakład Przemysłu Cukierniczego Milanówek, for goods in Class 30 of the Nice Classification.

The opposition was based on the following figurative trademarks, registered in Germany for goods in Class 30:

The opposition was rejected by the Opposition Division of OHIM, and the appeal brought by Pico Food was dismissed by the Second Board of Appeal of OHIM.

On appeal, the General Court confirmed that the Board of Appeal had not erred in finding that the differences between the signs at issue were sufficient to avoid any likelihood of confusion, despite the identity of the goods. Further, it found that the mere fact that the relevant public makes an impulse purchase of sweets does not mean that that public’s level of attention is lower than that of an average consumer.

When comparing the signs, the General Court found that the marks did show significant visual differences. The contested trademark consisted in part of a yellow background with white vertical stripes; although the stripes in the first and second earlier marks were arranged vertically, one of them was arranged horizontally. In addition, the third earlier mark showed some significant differences as it contained only four vertical stripes, two of which were placed at either side of the figurative element.

The General Court noted that, where a trademark consists of both word and figurative elements, the word elements are, in principle, more distinctive than the latter. As a result, the average consumer will more readily refer to the goods in question by citing the name than by describing the figurative element of the trademark.

It also found that, phonetically, the contested trademark and the earlier marks were dissimilar.

Finally, the General Court confirmed that the similarities between the trademarks were insufficient to conclude that they were conceptually similar. Although all the trademarks contained the representation of a cow, only the contested trademark contained the prominent word element ‘milanówek', and the relevant public would either recognise this element as the name of a town in Poland or consider it to be an invented term.