No end in sight for 'Lady in Blue' saga

In a saga which has been running since 2010, it is still not known whether a Russian fashion designer - Ms Yots - is free to use an image based upon Thomas Gainsborough’s famous “Lady in Blue” painting (pictured below*) in connection with her business. 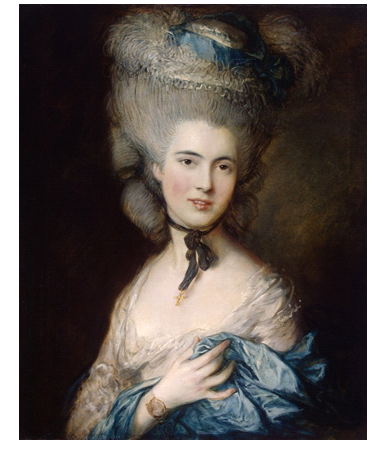 Ms Yots has been using the image in question as a logo for her business since 2005. At that time, an independent contractor produced an image for her in monochrome based on the “Lady in Blue” painting.

In 2008 Ms Yots tried to register the image as a trademark before the Russian Patent and Trademark Office (Rospatent). Her application was rejected based on Article 1483 of the Civil Code, which prohibits the registration of trademarks confusingly similar to objects of cultural patrimony. However, Ms Yots continued to use the image in her activities (eg, as a decoration in her shop and during runway shows).

This court has now issued the latest ruling in this saga - deciding on September 19 to annul both decisions of the lower courts prohibiting Ms Yots from using the image of the litigious painting - and sent the case back down to the Arbitration Court of the Stavropol Territory for reconsideration.

*the image above is used courtesy of the State Hermitage Museum, St Petersburg