In Globefill Inc v Elements Spirits Inc (2012 WL 1868861, May 23 2012), the US Court of Appeals for the Ninth Circuit has reversed the US District Court for the Central District of California’s dismissal of an action for trade dress infringement. 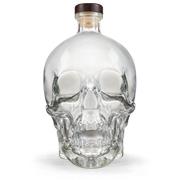 In 2010 Globefill filed suit in the Central District of California, challenging defendant-appellee Elements Spirits Inc’s use of hand-painted skull-shaped bottles in connection with its Kah brand of tequilas and claiming that these bottles infringed Globefill’s common law trade dress rights. 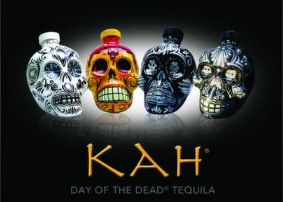 In its complaint, Globefill asserted that it had a protectable trade dress in “a bottle in the shape of a human skull, including the skull itself, eye sockets, cheek bones, a jaw bone, a nose socket and teeth, and including a pour spout on the top thereof”. Globefill claimed that Elements Spirits’ use of skull-shaped tequila bottles constituted unfair competition and false designation of origin, and moved for a preliminary injunction.

However, the US District Court for the Central District of California found that Globefill’s asserted trade dress was functional and overbroad, and granted Elements Spirits’ motion to dismiss Globefill’s complaint for failure to state a claim. Having determined that Globefill had failed to allege a claim for relief under the Lanham Act, the district court denied Globefill's motion for a preliminary injunction.

On appeal, the Ninth Circuit reversed the lower court, finding that the elements asserted as Globefill’s trade dress were part of the “total image, design and appearance” of the product and, therefore, may constitute protectable trade dress.

In contrast to the lower court finding, the Ninth Circuit found that Globefill’s complaint alleged with specificity the elements of the trade dress that it sought to protect and was not overbroad. Next, with respect to its analysis of functionality, the Ninth Circuit considered four factors in determining whether a product feature is functional:

The Ninth Circuit stated that, when these factors were properly applied to Globefill’s bottle, the trade dress could not be said to be functional as a matter of law. Specifically, the Ninth Circuit found that:

Accordingly, the Ninth Circuit found that, since Globefill's had a protectable trade dress, its complaint sufficiently stated a claim for unfair competition and false designation of origin under the Lanham Act; the case was remanded to the district court for a decision as to the claim for injunctive relief.