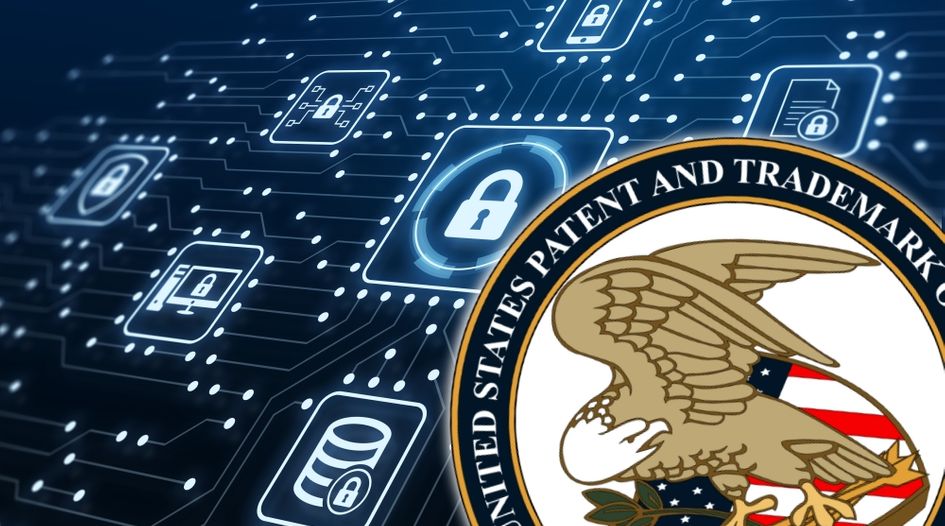 The USPTO has delayed the date on which ID verification will become mandatory for all trademark filers, with one expert telling WTR that it could lead to “thousands more USPTO customers being scammed”. The delay comes as three new suspicious trademark filing platforms have begun advertising on Google: RegisterYourBrandPro, SquareFilings and TrademarkBrandLaw.

In November 2021, the USPTO confirmed that any trademark owner not represented by an attorney and all US-licensed attorneys (including in-house counsel) would require a one-time ID verification from 9 April 2022 to access its trademark filing platforms TEAS and TEASi. The digital ID verification tool launched on 8 January 2022. At the time, the USPTO claimed that it would “help to deter bad actors who make fraudulent trademark filings and scam our customers” and was part of an “ongoing initiative to strengthen the security of our trademark filing process and protect the integrity of the US trademark register”.

When the initiative was first revealed by WTR in March 2021, it was met with broad support. But despite being a potentially effective anti-fraud measure, there were some concerns over the administrative hurdles that it could create.

Now, the USPTO has delayed the date on which ID verification will become mandatory, with no new date announced at present. In its announcement, the agency confirmed that 20,000 filers had already verified their identity and that it would allow users to continue to submit verification details. However, ‘feedback’ had determined that an indefinite delay to the effective date would be required.

In further comments to WTR this week, a USPTO spokesperson has confirmed that the postponement is part of an effort to gather additional feedback. “Protecting our trademark community against scammers is a key priority for us, and we will continue to focus our resources on our comprehensive strategy to address fraudulent activity,” the representative tells us. “Part of that strategy includes verification of the identity of those who file in our trademark system. As we consider our next steps, we are committed to ensuring that our ID verification programme continues to be informed by a wide range of input from our stakeholders.”

The delay will come as a blow to anti-fraud efforts at the USPTO, claims the Ideas Law Firm managing partner Ryan Bethell. Talking to WTR, he considers it “odd” that an alternative implementation date has not been announced yet, especially as fraud continues to be a significant problem at the office. “Scam filing services are continuing to propagate,” he adds. “The result of this delay could be thousands more USPTO customers being scammed.”

The verification system was introduced after an apparent rise in fraud targeting USPTO users. Since February 2021, WTR has reported on schemes targeting US trademark users via platforms that claim to offer low-cost trademark services. Initial evidence found that these platforms, including Trademark Terminal, were linked to unusual and potentially fraudulent activity on thousands of US trademark applications. On top of that, thousands of dollars were being spent on Google Ads to advertise the suspicious sites. While these platforms claimed to be based in the United States, WTR repeatedly highlighted that they actually appeared to be located in Pakistan. In July 2021, for example, WTR revealed evidence that directly linked one mass-fraud operation to a Karachi-based IT company called Abtach Ltd. Four months later, the USPTO issued a strongly worded show-cause order to Abtach, accusing it of unprecedented fraud. In January 2022, Abtach was banned from USPTO practice, more than 3,000 of its trademark filings were cancelled, and its ads account was blocked by Google.

WTR has now identified three more low-cost filing platforms that share an alarming number of characteristics with the above websites. SquareFilings (‘squarefilings.com’), TrademarkBrandLaw (‘trademarkbrandlaw.com’) and RegisterYourBrandPro (‘registeryourbrandpro.com’) all have similar elements (eg, the pricing structure and menu bar items) to sites that were previously found to be fraudulent. Furthermore, all three are advertising on Google (see below) with ad copy that closely follows that of the prior fraudulent websites (eg, the $49 and $45 “flat fee” pricing and absurd claims of past legal activity, such as “we’ve filed more than 250k applications”). 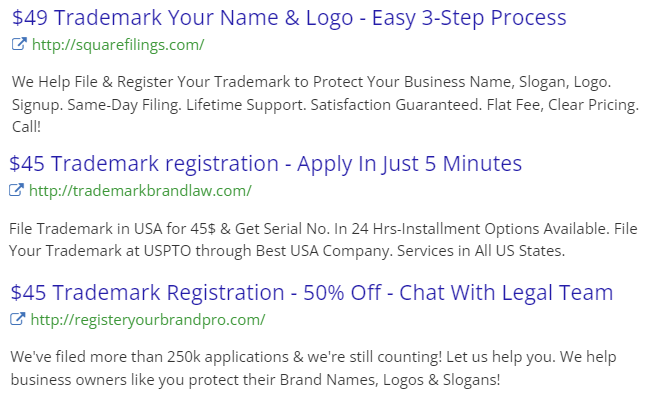 According to Bethell, analysis of these websites and ads reveals that they appear to “share the characteristics of those related to the show-cause order and are almost certainly from the same source”. It is unclear whether these new platforms are operating in the United States (as they each claim) or whether they are currently linked to any applications on the US trademark register. When WTR reached out the platforms, a representative on the SquareFilings live chat function responded to the question of whether the platform is legitimate by saying, “could be or could be not”, adding “go to the authorities” and that "no-one" can stop them. WTR was subsequently blocked from the live chat.

Meanwhile, when asked for information on any US-licensed attorneys that TrademarkBrandLaw works with, a representative for the platform claimed: “We have an in-house attorney who files the applications. You can see [who it is] once your application is filed with USPTO. We are not allowed to provide direct bar numbers for the attorney.” When pressed about the lack of transparency and asked whether the site is operated from Pakistan, the representative said: “You are welcome to speculate.”

For Bethnell, the discovery of so many new suspicious low-cost filing platforms in recent months is a cause for concern. What is more, he feels that the USPTO is not taking the issue seriously enough. “The Abtach show-cause order did little to nothing to limit the reach of the scammers, instead only punishing the applicants,” he says. “It is hard not to notice that the USTPO kept all the government filing fees from the procedurally cancelled marks in the show-cause order. Therefore, perhaps a scam that fills their coffers is one that they can live with for the time being. If the USPTO actually wants to stop scammers from perpetuating this type of practice, they will need to take further action, including – perhaps – leaning on Google (which could solve this problem in a day by deindexing these sites algorithmically and refusing to profit from their adverts) to more proactively police the issue.”

The trademark filing landscape is currently a minefield for small business owners, especially those looking for services via Google. The hope is that more proactive action will be taken in the coming months to crack down on suspicious and nefarious activity.

Previous WTR coverage on issues related to suspicious low-cost trademark agencies can be read below: