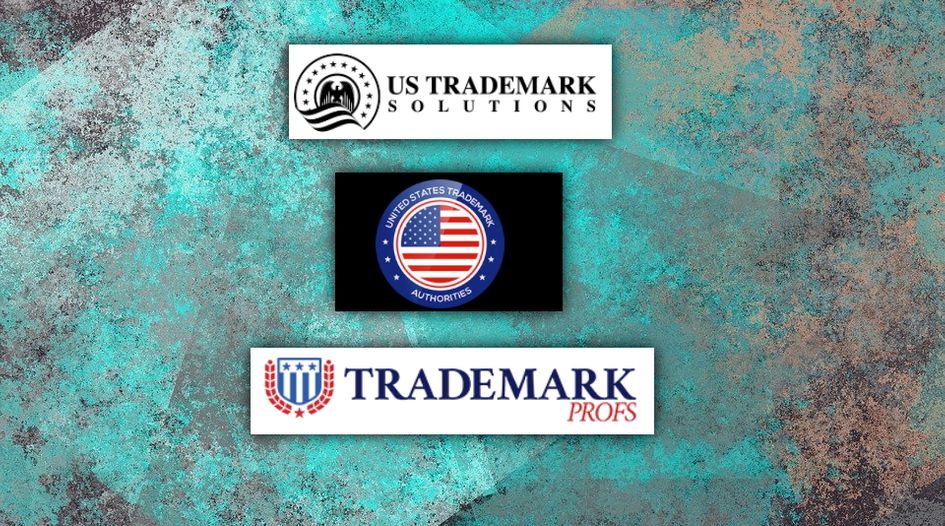 Just weeks after controversial low-cost filing agency Trademark Terminal ceased operations, WTR has identified three more platforms that bear striking similarities to it. One of the platforms, ‘US Trademark Solutions’, is advertising aggressively on Google, while another, ‘US Trademark Authorities’, has a name that could be confused by users with a government entity.

Concerns related to low-cost filing company Trademark Terminal and various platforms seemingly linked to it (including Trademark Axis, Trademark Falcon, Trademark Regal, Trademark Nations and Trademark Excel) were first raised at the beginning of the year. They came under criticism for their operations, with unusual activity identified on thousands of trademark applications filed at the USPTO, and a swathe of customer complaints.

These concerns came in the wake of what was described as “the biggest money laundering case in the history of Pakistan”, which saw local authorities arrest a number of individuals from a company called Digitonics Lab who had been charged with allegedly operating over 200 fraudulent websites. This included a number of low-cost trademark filing platforms including ‘Trademark Funnel’ and ‘USPTO Trademarks’.

A few months later, in May 2021, WTR revealed how some of these low cost platforms were attracting clients by spending thousands of dollars a month on (sometimes allegedly misleading) aggressive advertising campaigns on Google.

All of the platforms claimed to be US-based but many had clear links overseas. Various clients claimed that correspondence with Trademark Terminal was “often difficult due to the staff barely speaking understandable English”. WTR later spoke with a small business owner about being scammed out of $150,000 from a logo design company that appeared to share direct ownership with Trademark Terminal - our investigation found both companies appeared to be operated by Pakistan-based IT company Abtach (with a US subsidiary called 360 Digital Marketing).

Last month WTR revealed some of the platforms, including Trademark Terminal and Trademark Falcon, had stopped accepting new clients. One expert suggested the development meant it was “likely” that the USPTO was cracking down on such entities (in August the USPTO asked the US Department of Commerce to file for federal protection of its trademarks, a move that was deemed necessary “in light of the rapid increase in sophistication” of fraudulent activity targeting its users).

At present, US Trademark Solutions is the only one of the three using Google Ads to attract new business. Data from analytics tool SpyFu reveals that approximately $1,400 has been spent so far on keyword ads on search terms including ‘trademark name’, ‘applying for a trademark’, ‘how to trademark your business name’, and even ‘international trademark association’. As the screenshot below shows, the text used on the Google Ads contains ad-copy that is near-identical to text used on ads previously run by Trademark Terminal platforms (screenshots).

The platform that will be of most concern to the USPTO, however, is ‘US Trademark Authorities’.  That term is commonly used to refer to the USPTO (eg, by The Guardian, National Post, and Wall Street Journal) and the platform itself uses a logo that could be confused with a government agency (screenshot). On top of that, it also has a ‘free trademark search’ tool that claims to analyse the ‘USPTO database’ for ‘existing or pending trademarks’. However, it appears to suggest that any brand name is available for registration. Every search term we used (including major brands like ‘Apple’, ‘Facebook’ and ‘Lego’) claimed the name is ‘unregistered’ and urged users to ‘hurry up and get it registered before someone else does’ (screenshot).

On the US Trademark Authorities live chat tool, a representative affirmed when asked that they are the ‘trademark authorities’ – but WTR was subsequently blocked after asking if they were linked to Trademark Terminal or any Pakistan-based entities (an identical blocking tactic was employed by Trademark Terminal earlier in the year). On US Trademark Solutions, two representatives ended the live chat shortly after a similar enquiry (screenshots). A third representative finally claimed “we are not affiliated with any of these companies” before, again, ending the live chat. We were subsequently unable to ask any follow-up questions by live chat, but sent an enquiry by email (with no response at the time of publication).

There is no indication that the platforms are engaged in suspicious filing activity. However, whether directly linked to previous platforms of concern or merely employing similar terminology and marketing tactics, the potential for confusion with the USPTO or users spending money applying for trademarks that are already registered will be of concern to the USPTO and the wider trademark community.