In 2001 New Balance, the athletic shoe manufacturer, acquired the rights in the trademark PF FLYERS, a shoe brand which had its heyday in the 1950s and 1960s. In 2003 and 2004 New Balance launched two redesigned PF Flyers shoes: Grounder Hi and Number 5. The CHEVRON mark was registered in Denmark in 2006 and as a CTM in 2007.

In 2006 Danish family-owned clothing company Bestseller, which was founded in 1975, marketed and sold 7,000 pairs of JJ Slick shoes and 12,800 pairs of JJ Stan shoes using New Balance's PP FLYERS trademarks in its marketing material. The retail price was Dkr349,95 and Dkr299,95, respectively. 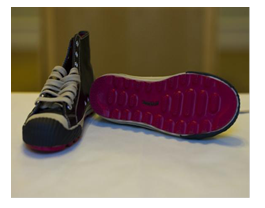 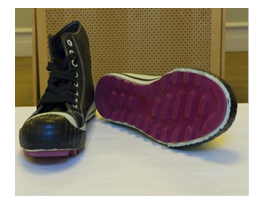 The Maritime and Commercial Court ruled that Bestseller had made close imitations of New Balance's two redesigned PF Flyers shoes contrary to the Danish Marketing Practices Act and that it was liable for damages in this regard. The court noted that it was not possible to run such a prominent company without having a thorough knowledge of the market and other products (and, in particular, trend-setting products). Consequently, Bestseller bore the risk that products purchased from one of its regular business associates were imitations.

Further, the court found that Bestseller had grossly infringed New Balance's trademark rights by using New Balance's PF FLYERS marks in its marketing material and the CHEVRON marks on the JJ Stan shoe.

Bestseller was ordered to pay considerable remuneration, as well as compensation for loss of sales and market disturbance - Dkr2,5 million plus interest from 2007 - for using New Balance's trademarks without authorisation and making close imitations contrary to the Marketing Practices Act. Further, New Balance was awarded costs of approximately Dkr260,000.

The Supreme Court subsequently upheld the judgment of the Maritime and Commercial Court.