The claimant, Moroccanoil Israel Limited (MIL), makes and sells hair products including a hair oil called Moroccanoil (its most successful product). MIL brought a claim in passing off in the Intellectual Property Enterprise Court against Aldi Stores Limited in relation to its own brand of hair oil sold under the name Miracle Oil (a trademark infringement claim and a counterclaim for unjustified threat of infringement proceedings were stayed pending the outcome of invalidity proceedings before OHIM regarding MIL's Community trademark).

MIL claimed that Aldi's sales of Miracle Oil constituted passing off because the name and get up of Aldi's product were so similar in combination to MIL's product that a substantial number of consumers would either: 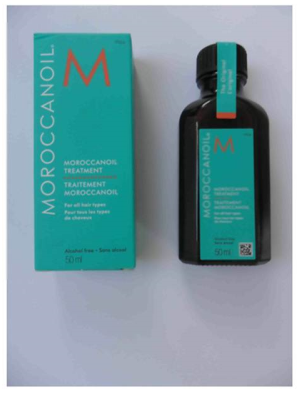 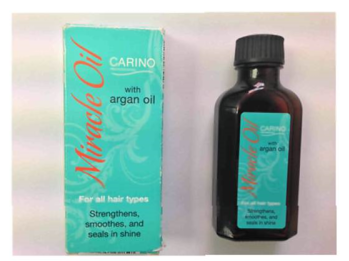 In Moroccanoil Israel Ltd v Aldi Stores Ltd ([2014] EWHC 1686 (IPEC), May 29 2014), His Honour Judge Hacon dismissed MIL's claim, finding that MIL had failed to establish passing off because the evidence did not support an actionable misrepresentation on the part of Aldi. HHJ Hacon commented that, whilst he thought that Aldi intended to make the public think of Moroccanoil when they saw Miracle Oil in its packaging (and that it had succeeded in doing so), this did not lead to any false assumption in the mind of purchasers that the two were the same thing, or connected. Further, even if such members of the public did exist, they would be too few in number to cause damage to MIL's goodwill.

The focus of the case was on the misrepresentation aspect of the Jif Lemon 'classic trinity' (goodwill, misrepresentation and damage) and, in particular, whether the concept of 'initial interest confusion' has a place in the law of passing off.

MIL submitted that that there may be passing off even if the misrepresentation is dispelled by the time the customer comes to purchase the defendant's product (ie, there is 'initial interest confusion'). MIL relied upon the judgment of Arnold J in Och-Ziff Management v OCH Capital in support of its argument.

The context was different in the present case – the confusion in question did not concern the viewing an advertisement for Miracle Oil, but allegedly took place when the customer was shopping in the store and spotted the Miracle Oil on the shelf.

Aldi (disagreeing with MIL) submitted that, if a purchaser is misled initially but his/her misunderstanding is dispelled before he/she makes a purchase, then there is no actionable misrepresentation. Aldi relied on Woolley v Ultimate Products Ltd, in which Arden LJ said that the misrepresentation must be more than transitory and therefore it is not sufficient if a purchaser is misled initially but his/her misunderstanding is dispelled before any material step is taken. In this case, whilst a customer may have been momentarily confused when he or she spotted the Miracle Oil product on the shelf, this was soon dispelled when the customer picked up the product and examined it. Therefore, no material step in the customer's purchasing decision was taken whilst under any misapprehension. This was strongly supported by the evidence - there was no evidence at all of a single person being deceived; at most they thought that Aldi was cheeky in the selection of its packaging, but they clearly recognised that Aldi's product was different to MIL's.

HHJ Hacon also emphasised that damage remains one of the three essential ingredients of the tort of passing off. Therefore, if a customer makes an initial false assumption as to a trade connection between the claimant's and the defendant's goods (ie, there is 'initial interest confusion'), but that assumption is dispelled before any purchase is made and the claimant suffers no damage as a consequence, then there is no passing off.

There was also an analysis of whether Aldi had taken a conscious decision to 'live dangerously' in adopting the get-up it had for Miracle Oil. The issue was whether it had deliberately sought to take the benefit of MIL's goodwill in Moroccanoil. HHJ Hacon quoted with approval the statement of Kitchin LJ on this point in Specsavers v Asda that "a trader who has taken the decision to live dangerously… has appreciated the risk of confusion and has endeavoured to adopt a sign which is a safe distance away. All must depend upon the facts of the particular case". HHJ Hacon also noted that one of the factors that can be taken into account is the subjective intention of the defendant and, if the defendant is clearly shown to have a highly accurate perception of the target market and the likely perception of consumers, it is more likely to be able to show that it has made a conscious and deliberate decision to create a product which brings to mind the get-up of the brand owner's product, but without leading to any false assumption on the part of the public as to a trade connection. HHJ Hacon concluded that this is exactly what Aldi had done and he did not think there was anything unlawful in Aldi creating a product with get-up which brought the get-up of Moroccanoil to mind.

This was a clear win for Aldi and it is not surprising that MIL's passing off claim did not succeed. However, the outcome may have been different if the trademark infringement claim had also been in play. Therefore, whilst the decision appears correct on its own facts, it certainly does not open the door to supermarkets to copy branded products when designing own-brand equivalents. They must be careful not to live too dangerously.