Print article
Belgium
Legal updates: case law analysis and intelligence
Companies often use colours to promote their products, applying them to goods and packaging and using them in advertisements and point of sale displays. Belgian courts tend to provide protection to holders of duly registered colour trademarks (for further details please see "Registered colour marks shown to be powerful tools"). On November 4 2011 the Brussels Commercial Court confirmed this trend in MHCS v Anglia Import-Export & P Marchand (A/11/04774, unpublished), granting protection to the registered colour trademark for the champagne brand Veuve Clicquot Ponsardin, owned by Moët Hennessy Champagne Services (MHCS).
For more than 135 years Veuve Clicquot champagne has been manufactured and marketed predominantly using a yellow-orange colour, shown below, which corresponds to Pantone 137C: 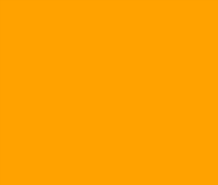 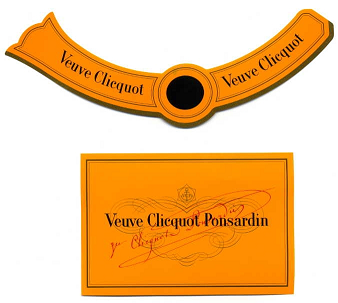 MHCS brought a case against the manufacturer and the Belgian distributor of Cava Don Jaime, a Spanish sparkling wine which was commercialised using the bottle and label shown below:

The label used on the bottles of Cava Don Jaime was registered as a Benelux trademark on April 29 2010 (Registration Number 881334) for goods in Class 33. This trademark also contained a similar yellow-orange colour, corresponding to Pantone 1375C.
The court held that the yellow-orange colour was used in a dominant way, given that consumers would often see bottles of sparkling wines from a certain distance, and that the colour was thus designed to catch the eye. The court considered that the yellow-orange colour used for Cava Don Jaime differed only slightly from the colour trademark for Veuve Clicquot Ponsardin; a consumer, relying on the imperfect picture in his or her mind, would not perceive the difference. The court observed that the defendant could not have chosen a colour closer to Pantone 137C. Consequently, it found that, in view of the insignificant difference between the colours at hand, which would go unnoticed by the relevant consumer, the sign at issue should be considered identical to MHCS's colour trademark. Therefore, it constituted an infringement under Article 2.20.1(a) of the Benelux Code of Intellectual Property and Article 9(1)(a) of the Community Trademark Regulation (207/2009).
Moreover, given MHCS's extensive and dominant use of its colour for more than 135 years throughout Europe, the court considered both the colour trademark and the complex trademark, of which the former was an integral part, to be well known. By using the sign at issue, which in the court's view was highly similar to MHCS's complex trademark, the defendant had taken unfair advantage of the reputation in MHCS's complex trademark and caused harm to its distinctive character, thereby exploiting MHCS's investment. Thus, the use also constituted an infringement of MHCS's complex trademark under Article 9(1)(c) of the regulation.
Finally, the court also considered that the use of the Cava Don Jaime label constituted an act of unfair competition, which is prohibited under Article 95 of the Trade Practices and Consumer Protection Act.
This is not the first case in which MHCS has successfully relied on its colour trademark. In 2004 the Brussels Court of Appeal allowed MHCS to prevent a Belgian company from using a similar yellow-orange colour in combination with the word 'Malheur', printed in blue, for beer.
Paul Maeyaert and Sarah Van Nevel, ALTIUS, Brussels