The greatest take-up of new technologies (eg, smartphone applications, the Internet and social media) per capita is by Arabic-speaking people, and the highest rate of social media use among these is in Saudi Arabia, where 41% of internet users are on Twitter – the highest proportion of a country’s population anywhere in the world. Arabic is the fastest-growing language on the Internet, recording a 2,500% growth in the 10 years to 2011, compared to 300% for English.

There are over 380 million people in the Middle East and North Africa, making Arabic the fifth most-spoken language in the world. However, Arabic speakers have far less content on the Internet in their native language than others, with what is estimated to be fewer than 1% of all web pages. The quality of Arabic content is also inconsistent and searches in Arabic often lead to a forum rather than a well-designed website.

According to 101Domain, new domain demand is greatest for the Arabic, Chinese, Cyrillic, Indian and Latin languages, with more than half of internet users now using non-Latin scripts.

In view of this newfound passion for new technologies, enthusiasm for creating Arabic content is rising and bloggers are opting for their native language to create Arabic e-books, search engines and smartphone applications. It is therefore anticipated that the new Arab language top-level domain (TLD) ‘.شبكة’ (‘.shabaka’) will be fulfilling a real need.

The first Arabic generic TLD (gTLD), ‘.شبكة’ (‘.shabaka’), translates as ‘.web’. It went live on February 2 2014 and has already begun the first phase of the domain name launch process.

There have been gTLDs in Arabic before, such as ‘.قطر’ (‘.qatar’) and ‘.امارات’ (‘.emirates’), but ‘.شبكة’ (‘.shabaka’) is the first borderless non-English TLD on the Internet, free from the sanctions of any one sovereign state.

It is also the first global internationalised domain name in Arabic and the first new gTLD to market. When it launched, there were only 22 gTLDs (eg, ‘.com’, ‘.net’, ‘.edu’, ‘.gov’ and ‘.org’), although many new ones have since become available, including other non-Latin script gTLDs such as ‘.游戏’ (Mandarin for ‘game’) ‘.сайт’ (Russian for ‘site’) and ‘.онлайн’ (Russian for ‘online’). Even more gTLDs are due to launch soon.

The DotShabaka Registry – the Dubai-based business running the ‘.شبكة’ (‘.shabaka’) gTLD – and UAE telecoms provider Etisalat were the first to go live with a ‘.شبكة’ (‘.shabaka’) Arabic domain. Around 1,800 companies have since registered, including international hotel chains and other players in the entertainment, e-commerce and hospitality sectors.

There are currently approximately 125 million Arabic internet users and this number is set to double by 2016. Yet despite this expected growth, the uptake of Arabic gTLDs has been fairly slow.

According to Yasmin Omer, general manager of the DotSahabaka Registry: “.شبكة’ (‘.shabaka’) should not be compared to ‘.com’. It is a completely different market and audience and it is more about the quality for us rather than quantity… It is important to note we haven’t launched our multimillion-dollar marketing campaign in the region just yet, so it is rewarding to see this number of registrations without launching the marketing campaign.”

The director general of the UAE Telecommunications Regulatory Authority, Mohamed Al Ghanim, believes that sign-up has been slow “because the search and browser companies like Explorer and Google have not implemented Arabic fully – it has to be picked up by technology companies to embed the Arabic domain name in their systems”.

It seems to be common practice that when navigating the Internet, most people go to a search engine rather than remembering and using a company’s domain name.

According to the companies that have already signed up, a ‘.شبكة’ (‘.shabaka’) domain name is a means for them to strengthen their brand in the region.

The DotShabaka Registry says that ‘.شبكة’ (‘.shabaka’) will be the open TLD of choice for Arabic internet users. It should increase the percentage of Arabic content on the Web and improve the online navigation experience for Arabic language communities across the world. Users will no longer need to know Arabic to navigate to sites and reach out to users who do not speak, read or write English, or whose native language does not use the Latin script.

According to Omer: “Domain name owners will also be getting more than just the utility of a web address; they are signing up for a cause, and becoming part of the movement to empower the Arabic language on the Internet.” There are also hopes that surfing the Web using Arabic instead of an English transliteration will help to preserve the Arabic language.

Domain name regulators say that the current domain name system is becoming too crowded, and that introducing new gTLDs will offer further choice and enhance competition and innovation in the marketplace.

However, critics argue that new gTLDs will create chaos in the current orderly system, and that the expansion will increase the costs for firms which register their trademarks under all of the new TLDs in order to publicise and protect their brands. Some are also of the opinion that non-Latin gTLDs could divide the Internet along the lines of language. 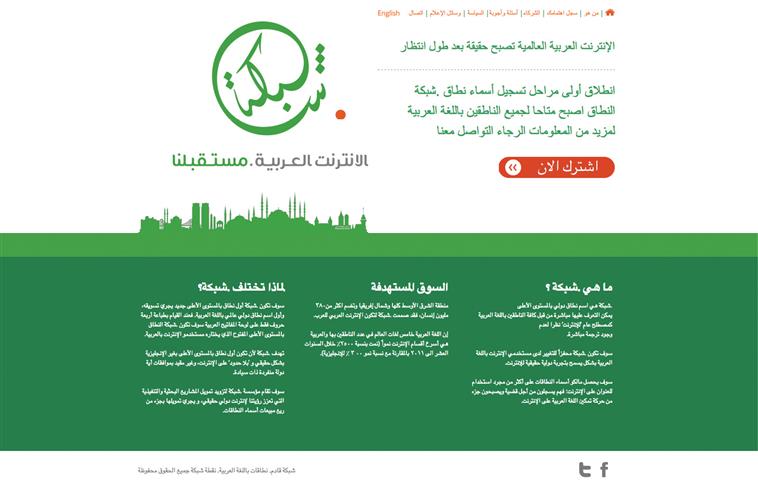 ‘.شبكة’, an open domain name available to all Arabic language internet users, is live and has started the first phase of the domain name launch process

The target market for ‘.شبكة’ (‘.shabaka’) domain names are firms with websites that they want to share in Arabic or that are targeted at an Arabic-speaking audience.

Firms that wish to protect their brands and trademarks from use by others may now need to register their brands in Arabic and purchase the relevant ‘.شبكة’ (‘.shabaka’) domain names.

Firms will need to make a decision on their preferred strategy. So far, it seems that they have three options.

Do not buy the domain names

There are risks involved with a decision not to purchase the domain names that correspond to a firm’s trademarks or brands immediately. Others may purchase them and either use them or hold on to them. If in future the firm decides to buy these domain names, it is likely to be significantly more expensive and the domain names more difficult to obtain.

Purchase them for later

The firm could purchase the domain names, but not use them to host a website, using them only to redirect traffic to an existing website. This is what Etisalat and most of the companies that have registered ‘.شبكة’ (‘.shabaka’) domain names thus far have done. While this may incur a small cost each year, it could save on paying a large ransom in the future. This seems to be the best option for now until it becomes clearer how internet users will react to the new TLDs.

Purchase them and use them

The implications of this course of action are not yet clear. If a firm already has a web address that it is using, its current website will have built up a certain amount of equity which can be transferred with a 301 permanent redirect, but only up to a certain point. Also, non-Arabic users may feel alienated by the new gTLDs – there is no data yet to suggest how they might react. Firms should think hard about how significant their domain name is to their business. 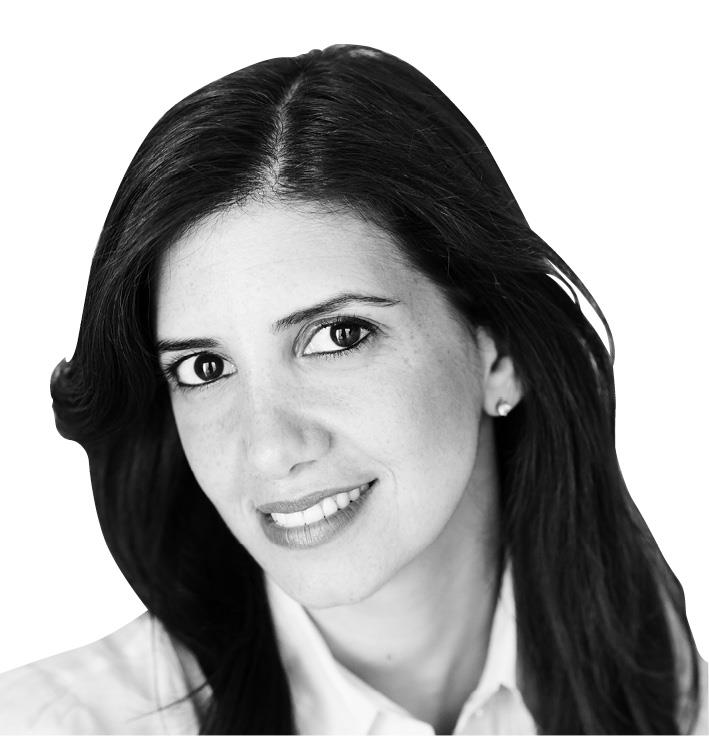 Yasmine Rabah has worked on IP issues in the Middle East and North Africa since 2002, with experience in IP practices in almost all countries in the region. She works closely with clients on filing trademark and patent applications, and advises on how best to overcome trademark, patent office and third-party objections in the region.