Michael Gleissner defeated at the EUIPO: lessons from the lawyers at the helm 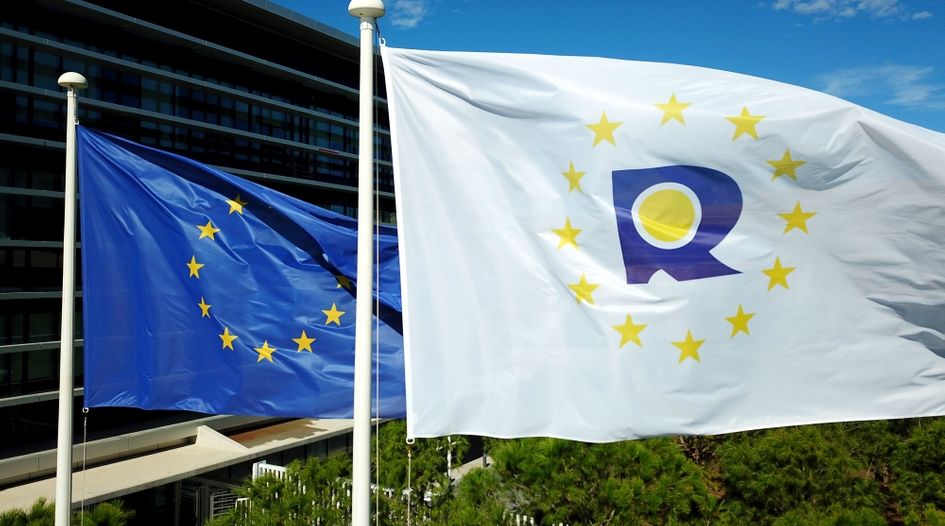 In an exclusive guest post, lawyers from international law firm Bird & Bird present an inside look at a case they were recently involved in featuring notorious trademark filer Michael Gleissner, offering advice to brand owners who may be facing a similar legal situation.

For the past few years, WTR has covered the trademark filing activity of German-born entrepreneur Michael Gleissner. Since early 2015, entities owned by Gleissner have been involved in numerous legal disputes – including trademark oppositions and revocation actions – with companies across the world. For that reason, insight into these cases is particularly valuable, especially with numerous cases still ongoing.

Therefore, three attorneys from Bird & Bird, Uwe Lueken, Mascha Grundmann and Julia Praeger, provide their unique insight from a recent decision at the EUIPO Grand Board of Appeal (R 2445/2017 G) and its impact on other cases involving Gleissner.

Entities which do not use a trademark in conjunction with the actual sale of goods or services but in order to exploit (mostly dishonestly) IP laws for financial gain are sometimes called ‘trademark trolls’ and are a serious burden to trademark owners, offices and courts – as well as a threat to the entire trademark system. However, none of them have gained in the last few years as much of an infamous reputation due to their enormous worldwide activities as Michael Gleissner.

As of October 2017, multi-millionaire entrepreneur Gleissner had filed more than 2,500 trademark applications and 5,300 domain names through the use of more than 1,100 shell companies. He alone was involved in 5% of all live contested trademark cases in the United Kingdom in 2017 and 40% of all trademark applications in Latvia in 2018. Furthermore, he has been responsible for 850 requests for revocation for non-use with the EUIPO, putting trademark owners in the unnecessary defendant state of having to submit costly and time-consuming proofs of use.

After several setbacks in opposition decisions in 2017 and 2018, as well as defeats against Samsung and Apple in 2019, Gleissner was once again put in his place earlier this year, this time by the EUIPO Grand Board of Appeal, which called his actions “an abuse of rights and process”.

In 2014 a company owned by Gleissner, Fashion One Television, unsuccessfully tried to purchase two trademarks from our client CBM, belonging to Peek & Cloppenburg group, headquartered in Düsseldorf (P&C Düsseldorf). In order to put new pressure on the negotiations, Gleissner simultaneously filed 37 revocation requests with the EUIPO against trademarks belonging to companies of P&C Düsseldorf, using shell firms (some of which were only a day old at the time of request) with virtual offices and representation through frontmen for signing. Furthermore, companies linked to Gleissner also filed various trademark applications corresponding to the marks held by CBM and other companies belonging to P&C Düsseldorf. The requests were obviously unsubstantiated, as use of the attacked trademarks was, in most cases, visibly present on the market. It was made clear that the revocation requests would be withdrawn, once CBM was willing to sell the requested two trademarks.

After P&C argued against Gleissner’s bad faith and abuse of law, the EUIPO suspended all but one proceeding awaiting the outcome of it. The Cancellation Division rejected the request for revocations on said proceeding, stating an abusive misuse which is not in line with the purposes of Article 58 (1)(a) of the EU Trademark Regulation. Therefore, it denied an examination of the extensive proof. Gleissner appealed the decision before the Boards of Appeal for overturning and examination of the evidence. Considering the importance of the legal issues involved, it was hereinafter remitted to the Grand Board.

The Grand Board confirmed the abuse of rights and process. Relying on the Kratzer judgment (28/07/2016 C-423/15, Kratzer, EU:C:2016:604), it underlaid the criteria to confirm an abusive practice: an objective element – namely, that despite formal observance of EU rules, the purpose of these rules has not been achieved – plus a subjective aim of the abuser to obtain an undue advantage from the transactions concerned. The subjective element may become apparent from objective factors, such as the artificial nature of the transactions concerned or their lack of any justification besides the mere attainment of an undue advantage.

Overall, the Grand Board reasoned its decision on five key aspects:

The number of revocation requests

While it is legitimate to attack an individual mark of a competitor without clarification, explanation or justification, the Grand Board emphasised that it is already abusive in itself to attack a long list of trademarks belonging to another party which have nothing in common other than their ownership. The burden put on the owner to show the proof of use may be reasonable in a normal scenario but unreasonable when applicable to more than 35 cases in the same strict time limit. Moreover, Gleissner’s attacks were orchestrated and followed a strategy at European and national level without real business interest behind it, such as being hindered by the opponent in any way to use his own marks or to enter into market sectors. The Grand Board therefore found the revocation requests purely artificial.

The retaliatory nature of said requests

Considering the circumstances of the requests, it was without doubt that the requests were of fraudulent end and a retaliatory measure following the failure to obtain the requested trademarks from CBM. While Gleissner tried to emphasise his right to acquire trademarks as an accepted and standard business strategy, the court made clear that “there is no right to ‘acquire’ trademarks. There is the right to ‘sell’ one’s trademark. There is no right to acquire a trademark against the will of the proprietor” (paragraph 46). Gleissner threatened the other party with the prospect of losing substantial parts of its trademark portfolio and therefore acted with a fraudulent aim to obtain an undue advantage. Furthermore, Gleissner tried to file some of the trademarks he was attacking himself.

Despite the blanket statement that Gleissner is not involved in the requests, it was clear to the Grand Board that he acted through several frontmen and shell firms, some of which were registered only for the purpose of acting as a cancellation applicant, and none of which had an actual physical presence in Europe. This entailed artificial procedural advantages, such as no cost risks beside office fees or no costs of appointing a professional representation.

The quantity of revocation cases overall

The abusive nature also followed the plethora of 850 requests for revocation with the EUIPO between 2015 and 2017 and numerous similar revocation cases at national level. Such excessive use does not serve the purpose for which the revocation procedures have been set up. It only flooded other parties and the office with burdensome proceedings. Therefore, it was unmistakable for the Grand Board that the present revocation request was part of a wider, orchestrated and systematic strategy at European and national level.

The number of other trademark applications, company names and domain names

As mentioned above, the sheer number of applications for trademarks, company names and domain names linked to Gleissner is overwhelming. It was without doubt for the Grand Board that a publication by WTR, “The Gleissner Files”, was a valid tool to assess the dimension of all the  unprecedented events. These numbers alone were considered to create a lack of transparency. All these cases can constitute earlier rights “in proceedings against companies doing genuine business in Europe, which thickens the plot and increases the ‘traps’ into which legitimate business owner may fall” (paragraph 71). The number of applications was found to be out of proportion and thereby abusive. Besides, some of these cases concerned well-known marks (eg, APPLE and BAIDU’) or obviously constituted notions of bad faith (eg, TRUMP and EUIPO).

For the many who have been confronted with a Gleissner entity, the true motives of his actions remain unclear to the Grand Board. However, considering the lack of any explanation of revocation interest before the board during the whole case, and an objective look at the evidence, it was discernible that any intention underlying the request can only be seen as dishonest. Gleissner cannot evoke Article 58 of the EU Trademark Regulation.

Additionally, the Grand Board stated that at least some of the goods in the case concerned were visibly presented on the market. Although the cancellation applicant is not to be burdened to ascertain that there was no use before a request, the fact that the mark is undoubtedly and visibly used for some products and the lack of any readiness to exclude these goods from the request is indicative of an ulterior purpose.

The decision is another step towards defending rights holders against Gleissner’s attacks and is a good precedent for future disputes with (potential) trademark trolls. At more than one point in the decision, the Grand Board addressed the concerns of IP offices and trademark owners provoked by Gleissner’s strategy. Therefore, the decision aims to strengthen the trademark system against disruptive elements trying to paralyse the system from within using its own instruments.

The strategy to defeat Gleissner was mainly based on two pillars:

Showing evidence of an abuse of law

The Grand Board stated that the abuse of process, as a bar to the admissibility for revocation requests, opens up the competence of the board to examine certain facts ex officio, as long as they can be derived from other cases that the Boards of Appeal have already seen or originate from the register of EU trademarks. It is therefore crucial to provide evidence substantiating the likelihood of such abuse. The submission of the list of revocation cases against Peek & Cloppenburg group, the press coverage on Gleissner’s actions, the decisions on the matter and not least “The Gleissner Files” played a major role in this case.

Showing proof of use

The Grand Board stated that the Cancellation Division has not ruled on the applicability of the grounds for revocation but has dealt with the issue of abuse of process as a preliminary point. Therefore, the scope of the appeal proceeding was limited to that point. However, despite the case concentrating on the admissibility of the requests, the proof of use which was provided was not without impact. On the contrary, the Grand Board noticed that this proof of use is also relevant to the assessment of this specific admissibility objection, because on the one hand it shows the procedural burden of filling such evidence and on the other hand can be one of the elements showing that the revocation request was vexatious.

Therefore, it may be crucial to provide at least some proof of use. It is also of great benefit to show that this proof of use is visible on the market and can be found easily by anyone it might concern.

In conclusion, it has to be said that defeating trademark trolls such as Gleissner is possible. What is more, it is mandatory – not only to defend the individual rights of trademark owners but also to defend the trademark system in general. As stated in paragraph 78 of the decision, “procedures before Offices and Courts are meant to serve the purpose for which they have been established and no individual should be allowed to block the access of other individuals to procedures before those Offices and Courts or those Offices and Courts themselves with vexatious claims, ie, inflationary or manifestly unreasonable requests or pleas to entertain those proceedings with no due reason and with the sole effect of obstructing others”.