Mexico: Registration in a fast-moving world

When it comes to protecting their distinctive signs, ideally rights holders would use the same mark around the world. This would not only result in the mark achieving global recognition, but could also afford various savings, with the same advertising materials and labelling being used in different countries.

However, in practice, it is extremely difficult to register the same mark worldwide. This may be because the mark itself is unregisterable due to lack of distinctiveness or because of specific prohibitions set out in domestic legislation.

This article explores some strategies and considerations to bear in mind when filing for trademark protection in Mexico.

Mexico is now a member of the Madrid Protocol, which affords certain advantages to users, including a simplified way to record assignment and changes of domicile. These help to make the administration of trademark and service mark portfolios less complex.

However, when designing a strategy for trademark filing, it is still important to engage local counsel, regardless of whether the Madrid Protocol or national filing is used.

Certain aspects regarding the application of the Madrid Protocol remain unclear. For instance, the Industrial Property Law enables applicants to claim a date of prior use. Declaring a date of first use is relevant, since any third party claiming to have used the mark first and seeking a cancellation action on this basis must prove that its prior use preceded the date of first use claimed in the application. However, if prior use is not claimed, a third party need prove only that its prior use preceded the date on which the application was filed.

A Mexican application is subject to two examinations:

It is during this second examination that the mark can be preliminarily refused on the grounds of likelihood of confusion, lack of distinctiveness or any other prohibition set out in the Industrial Property Law.

In spite of this, practice demonstrates that obtaining a registration on a national basis is still faster, since office actions can be prevented. Further, any communications between the applicant and the Mexican Trademark Office are direct and need not involve the World Intellectual Property Organisation (WIPO), as designations under the Madrid Protocol do.

Spanish is one of the official languages of the Madrid Protocol. The Mexican Trademark Office thus receives designations in Spanish, with the documents in question having been translated by WIPO. However, sometimes translations are confusing, which can result in unnecessary delays and expenditure from the issuance of office actions.

The accuracy of translations is another important aspect. Spanish is spoken across nearly the whole American continent and thus there are expressions that vary from country to country. A translation carried out by WIPO thus may be inadequate for Mexico. In particular, the translation of specifications for highly sophisticated goods or services may not provide the registrant with the necessary scope of protection. Unsuitable specifications of goods or services in litigation may result in a loss of rights or make it impossible for the rights holder to assert them.

When filing on a national basis, the registrant and local counsel should discuss the best description of goods and services to use in order to obtain the necessary scope of protection as part of the filing strategy.

For instance, Mexican practice admits the use of broad descriptions – even claiming a whole class heading is admissible, as partial cancellation actions are not admitted under Mexican law. Additionally, a mark can be registered for goods or services in which there is no use at present, though use may be planned in the future.

By filing nationally, an applicant may be able to benefit from local practices, obtain a broad scope of protection and prevent third parties from using an identical or similar mark for goods or services in the same class.

Whether to file nationally or through the Madrid Protocol should be decided after careful consideration of the specific needs and scenarios. Local counsel should play an important role in this discussion.

As previously mentioned, a common strategy is to obtain registrations for the same mark worldwide. However, even in the best-case scenario, when the mark is not refused on grounds of likelihood of confusion, various prohibitions under domestic law can make it impossible to obtain protection in certain jurisdictions.

In Mexico, marks must meet the standard of inherent distinctiveness in order to be registered. This is in contrast to other countries, where registration is possible for a sign that was initially descriptive, but became distinctive through continuous use. Thus, users of non-distinctive marks cannot obtain registration in Mexico, despite advertising campaigns or even worldwide awareness of the mark. Consequently, they have no way of asserting their rights against third parties using the same or a confusingly similar mark.

A similar situation arises with regard to non-traditional marks. The Industrial Property Law defines a ‘mark’ as “any visible sign that distinguishes goods or services from others of their same type or class in the market”.

However, the same law specifies that the following signs may constitute a mark:

II.- Denominations or visible devices sufficiently distinctive capable to identify the goods or services they intent to cover, from others of their same class or type;

IV.- The name of an individual as long as it does not lead to confusion with a registered mark or a published commercial name.

Given that the law requires a sign to be visible, sounds, scents and textures cannot be protected as trademarks. However, holograms and motion figures are similarly excluded from protection, as the law holds that denominations, figures and three-dimensional shapes which are animated or expressed in an animated way are not registrable, regardless of whether they are visible.

When discussing a strategy that involves the use of non-traditional marks, it is important to obtain local advice about alternative methods of protection, such as copyright.

Another form of use that a trademark strategy may incorporate is the use of the marks in a fluid manner – a marketing practice that is becoming increasingly popular. Fluid marks are those which are used in different ways. While the essence of the mark remains unchanged, the perception of it alters depending on how it is used.

It would be extremely expensive and complicated to obtain protection for every single way in which a mark will be used, especially considering that most of these uses will be brief.

Under Mexican law, a mark must be used as registered, without changes that could modify its distinctive character. This rule is extremely subjective and, unfortunately, there are no specific criteria to determine when a mark’s distinctiveness has been compromised as a result of changes.

This may make it impossible for a registration to be renewed and could even open the door for third parties to launch a non-use cancellation action on the basis that the mark is no longer in use as registered.

To avoid unnecessary risks, it is important to discuss with local counsel the consequences of fluid use. For instance, the filing strategy could involve registering the mark in a word or plain letter version, in addition to the stylised versions that will primarily be used.

However, relying solely on a registration for a composite mark is not a good alternative. Designs change from time to time; therefore, at some point it will be necessary to replace the registration with the latest version. This will result in the loss of seniority of the original registration, which can have serious consequences. Under Mexican law, a registration is vulnerable to a cancellation action based on prior use in Mexico or abroad for three years from the date on which the registration is published in the Official Gazette.

Thus, if a registrant cannot renew a registration as a consequence of significant changes and files a new application for the new version, the registration will be vulnerable to a cancellation action.

A common strategy used by companies involves filing for registration in the name of the local branch or several entities.

However, this may not be possible in Mexico, as the Mexican Trademark Office will refuse to register marks that incorporate similar elements. Letters of consent are generally not admitted, even if evidence of a corporate relationship can be produced.

Consequently, it is advisable that marks incorporating identical or common elements be filed in the name of the same entity. This will help to avoid unnecessary expenditure and delays when it comes to obtaining protection. Additionally, it will reinforce the mark’s distinctiveness should this need to be asserted against infringing third parties. 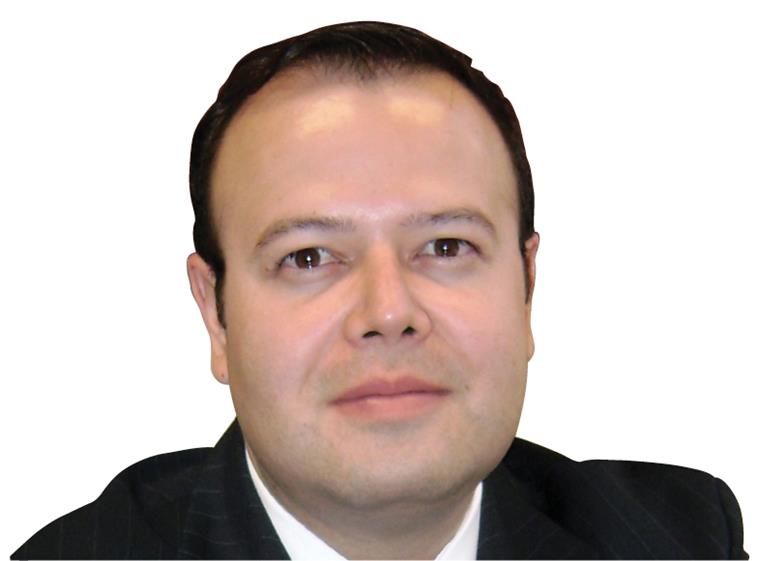 Gerardo Parra was born in Guadalajara, Jalisco, Mexico. He obtained his law degree in 1998 from the Universidad Panamericana, Mexico. He also holds a postgraduate qualification from the same university and graduated with honours from the John Marshall Law School, Chicago, where he obtained an LLM in IP law. He works in the trademark department of Uhthoff, Gomez Vega & Uhthoff and is fluent in Spanish, English and Italian.