On June 2005 the Industrial Property Law was amended in order to introduce a distinction between well-known marks and famous marks. Article 98bis of the law sets out the rules and procedures for obtaining recognition of well-known or famous status.

Another important improvement introduced by the amendments is that there are now three procedures for obtaining recognition of either well-known or famous status.

The first procedure is a declaration from the Mexican Institute of Industrial Property (IMPI). To obtain this, the rights holder must submit substantial and specific evidence to demonstrate that the mark is known by a specific sector of consumers or by the majority of local consumers – depending on whether the rights holder is seeking well-known or famous status.

The Industrial Property Law provides that in order to obtain such a declaration, the mark must be registered in Mexico and, crucially, must cover the goods or services for which it has become well known or famous. However, there is some debate over this condition, as it appears to diverge from the relevant provisions of the Paris Convention.

The second is through a special consideration issued by IMPI, usually as a result of a novelty examination for similar marks. In this case, the mark need not be registered in Mexico for it to be recognised as well known or famous.

Finally, such status can be recognised during the administrative procedure to cancel a trademark registration. In this case the status of a well-known or famous mark will be recognised by the authorities as a result of the quality and content of the evidence submitted.

Such declarations may be updated at any time. However, Article 98bis3 of the Industrial Property Law provides that unless otherwise stated, the conditions that allowed a mark to be declared well known or famous must be maintained by the rights holder for five years. It is therefore recommended that rights holders renew or update the declaration every five years, for which substantial evidence will once again have to be submitted.

One of the most significant benefits of recognition of well-known or famous status is that it acts as an obstacle against third parties trying register a confusingly similar or identical mark in Mexico.

On the other hand, Article 90(XVbis) provides that a declaration from the Mexican authorities that a mark is famous constitutes an absolute obstacle to the registration of any denomination, figure or 3D shape that is identical or similar to the famous mark – regardless of the goods or services which the later mark is intended to designate.

This opens up the option of using a declaration that a mark is famous not only to block the registration of identical or confusingly similar marks, but also as grounds for cancellation or for an administrative declaration of trademark infringement.

As long as the declaration is effective (five years, renewable subject to the same conditions being maintained), the famous or well-known mark will automatically become a bar to any confusingly similar or identical marks, regardless of the goods or services being designated.

In order to obtain a declaration that a mark is either famous or well known, the applicant must submit substantial evidence to demonstrate that the mark is known by a specific sector of consumers or by the majority of local consumers (depending on which status is being sought). Such evidence must comprise either original documentation or certified copies (which must be notarised). If this material is in a foreign language, Spanish translations must also be submitted, along with payment of the corresponding official fees.

A written petition requesting a declaration that a mark is famous or well known can be based on the following information and documents, among others:

Most of this information can be supported by market research. Such research should take account of the Mexican market – although global market research can also be useful.

Rights holders are often concerned that their submission will result in confidential information being published and remaining on public records. However, such information can be submitted separately and can be marked for the study of the examiner attorney alone. In such cases, the authority has the obligation to maintain the confidentiality of the information.

Moreover, while the files at IMPI are public records, files regarding a declaration that a mark is famous or well known can be accessed by the rights holder only. Eventually, if a declaration is issued, an extract will be published in the Official Trademark Gazette. However, the file itself will not be published or made a public record.

Well-known marks and use of new technologies

We are living an era in which social media has become an effective way to conduct business. It is simple and fast, with no need for retail premises, and can even provide a presence in other countries. Yet once an image or text has been uploaded, it is very difficult to stop its circulation. For this reason, trademark infringement over social media is becoming increasingly common.

As new technologies develop, new business models appear and the way in which companies and consumers conduct their transactions changes accordingly. With such advancements, the likelihood that a mark might be used without authorisation from the legitimate owner also arises, as many businesses look to establish an internet presence.

Nowadays, it is not uncommon for rights holders to discover that their mark has been included in a domain name registered by a third party – including direct competitors. The disadvantage of this scenario is that usually the well-known mark may be found in more than one generic top-level domain (gTLD) – not only the more usual gTLDs (‘.com’, ‘.net’ and ‘.info’), but also within new gTLDs such as ‘.fashion’, ‘.clothing’, ‘.club’, ‘.bar’, ‘.beer’, ‘.casino’, ‘.finance’, ‘.golf’, ‘.jewelry’ and ‘.museum’. Since July 2013 it has been possible to register TLDs in non-Latin characters (ie, Arabic, Russian and Chinese characters). Imagine the impact for consumers if a domain name in Cyrillic characters included a well-known mark.

As the number of domain names continues to rise, a declaration that a mark is famous or well known can significantly improve the rights holder’s chances of retrieving or cancelling an infringing domain name. The Internet Corporation for Assigned Names and Numbers – the private organisation responsible for administering the domain name system – has developed the Trademark Clearinghouse, a global repository for trademark data, which allows users to verify trademark data from multiple global regions and maintains a database with the verified trademark records, including any declarations that a mark is famous or well known. Registration with the Trademark Clearinghouse means that rights holders need not collect the necessary documentation every time they intend to initiate a domain name dispute – filing the documentation once is considered acceptable.

Likewise, account must be paid to technologies such as virtual reality (VR) and augmented reality (AR), which have been readily accepted by consumers of different generations and are thus evolving rapidly. Any of these technologies may be used to facilitate IP infringements by users, content creators, businesses or anyone participating in a VR or AR ecosystem – as it is easier in a virtual world to create and sell a product using either real trademarks or virtual trademarks (ie, those created within a virtual world).

As more goods, services and companies go online, trademarks should have strong and solid positions in order to strengthen a brand’s presence in the market and rights holders should use all of the legal tools at their disposal to maintain their reputation.

In a world where consumers are willing to try new goods and services from abroad, and many people still believe that what it is on the Internet can be used by everyone for free, it is well worth considering obtaining a declaration that a mark is famous or well known. 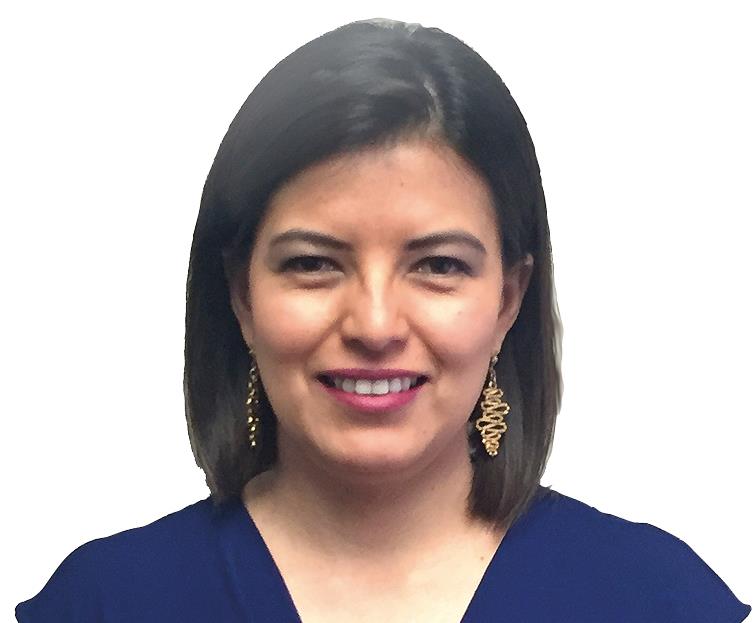 Aidé Fabela Valdez is an associate at Uhthoff, Gomez Vega & Uhthoff. She provides legal advice on the selection, adoption, use and protection of trademarks, copyrights and trade secrets, and has experience in developing legal strategies for the enforcement of IP rights in Mexico. Ms Fabela obtained her law degree in 2005 from Universidad La Salle and obtained a master’s in information and communication technology law from the INFOTEC Centre for Research and Innovation in Information Technology and Communication.