Many companies attempt to boost their business by exploiting their trademarks. Today, trademarks are considered to be one of the main assets of a company since, among many other benefits, a trademark enables a company to build trust, establish quality, ensure ongoing costumer relationships and differentiate between similar products on the market.

However, if a company’s trademark is not powerful enough to increase the sales and revenue of its products or services, the company has an alternative to increase profits: it can grant trademark licences for its brand to other parties in exchange for a percentage of sales or for a fixed quota. This practice is common in business and is generally profitable.

On the other side, when a company is granted a licence for a well-established trademark, its business opportunities are greatly enhanced, allowing it to provide better-quality services and products, expand its customer base and differentiate itself significantly from competitors.

Moreover, the issue of a trademark licence can provide instant, guaranteed income for the licensor. A licence agreement can include various types of payment, such as a guaranteed fee or variable payments based on the profits of the licence holder. In any case, the licensee will have to pay for the licence right upon possession, according to the terms and conditions agreed, which produces revenue for the party granting the licence.

One example is the licensing of trademarks for leading brands or well-known fictional characters, which are exploited through various products or services that may be very different from the products or services for which the marks were registered – for example, a FERRARI notebook, a MARVEL backpack or a CORONA t-shirt. Many well-known trademarks are used on toys, clothes, video games, backpacks and promotional products. The question to be asked is whether consumers would buy those products without the well-known trademarks attached.

This is the true value of trademark licensing. Its importance lies in the emotional bond that can be created between product and consumer. If a trademark has a positive impact in the consumer, the consumer’s interest in competitors’ products and sensitivity to price will decrease significantly. As a result, the trademark and what it evokes for the consumer will become the main factor when making comparisons before purchase.

Once a company understands the importance of its trademarks, it is better placed to judge whether the attributes of certain trademarks will appeal to consumers, allowing it to determine the benefits of licensing and real ways in which it can assess and influence sales and other key performance indicators.

In line with the provisions of NAFTA and TRIPs, a new interpretation of use of a mark by a controlled entity has been developing in Mexico

Section 136 of the Industrial Property Law establishes that owners of registered or pending trademarks may grant a licence to one or more persons for use on some or all of the goods or services to which the mark applies. The licence must be registered at the Mexican Institute of Industrial Property (IMPI) in order for it to be enforceable against third parties.

Once a trademark licence agreement has been registered with IMPI, use of the mark by the licensee is considered to be the same as use by the rights holder, which is beneficial when demonstrating use of the mark (eg, if the trademark registration is challenged). For this reason, licence agreements must be registered with the IMPI, which is the competent authority in IP rights matters in Mexico.

The IP Law sets down several principles to be followed in regard to trademark licensing in Mexico.

Sections 130 and 152 of the law establish the principle of compulsory use of a trademark, pursuant to which use of the mark is necessary to preserve and maintain the rights derived therefrom. If the mark is not used, a third party may challenge the validity of the registration through a non-use cancellation action.

If a rights holder finds itself at risk of failing to fulfil the usage requirement, it may overcome this lack of use by concluding a trademark licence. As a result, a trademark may be used not only by the rights holder, but also by a third party which holds a licence.

Moreover, Sections 136 and 141 of the law provide that in order to be enforceable against third parties and for the licensee to become an authorized user of the trademark, the licence agreement must be duly registered with the IMPI.

In this context, a trademark is said to be in use when the products or services covered by that mark have been placed on the market or are available commercially. According to trade practices and Article 140 of the law, the use of the mark by a licensee which has been registered as such with IMPI is treated as if it is use by the rights holder, and therefore allows the rights holder to demonstrate effective use of the mark in Mexico.

The requirement that a licence agreement be registered with IMPI in order to be effective against third parties and to determine the validity of the use of such registration has been broadly criticised, on the grounds that such use must be recognised when it is proven by the rights holder or a third party over which the rights holder exercises control.

However, it is highly recommended – no matter whether the licensee is an entity controlled by the licensor – to register a licence agreement for every trademark in order to regulate use of the mark by the licensee and to ensure that the use will allow the rights holder to prove that the mark is used effectively in Mexico by an entity that is authorised to use it. In such cases, it is no longer necessary to prove control by the rights holder over the licensee if a third party files a cancellation action against the mark on grounds of non-use.

The registration of a trademark licence is also recommended in order to record officially that the mark is in use under licence by a party other than the rights holder. This could discourage third parties from initiating a cancellation action based on lack of use, since the registration of the licence agreement establishes a presumption of use of the mark by the licensee and this is clearly reflected in the mark’s official file.

In line with the trademark protection provisions of the North America Free Trade Agreement (NAFTA) and the Agreement on Trade-Related Aspects of IP Rights (TRIPs), a new interpretation of use of a mark by a controlled entity has been developing in Mexico. According to Article 1708 of NAFTA and Article 19 of TRIPs, if a mark is used by a controlled entity, that use should be considered to be equivalent to use by the rights holder. However, this does not constitute grounds to avoid registering a licence agreement; rather, it provides a defense that a rights holder can enforce if it faces a cancellation action on grounds of non-effective use of a mark used by a controlled entity. Although the argument based on Article 1708 of NAFTA and Article 19 of TRIPs has been accepted by the Mexican courts, problems have arisen in regard to demonstrating the existence of control between two companies, which from a legal point of view could present complications relating to the understanding of this concept by Mexican judges.

In light of all of the above, rights holders should seek to draft effective licensing agreements in order to achieve advantages in brand recognition and increase sales revenues. 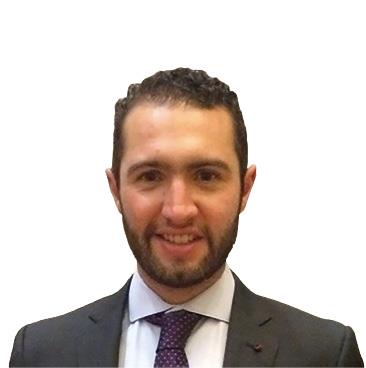 Javier Uhthoff Rojo is an associate at Uhthoff, Gomez Vega & Uhthoff, SC and a member of the litigation group. He was born in Mexico City and obtained his law degree from the Universidad Iberoamericana. He recently obtained a postgraduate degree in administrative and fiscal procedural law, also from Universidad Iberoamericana. Mr Uhthoff Rojo is an active member of the Mexican Bar Association and the Mexican Association for the Protection of Intellectual Property, and is fluent in Spanish and English.