Avi had registered with the Romanian Trademark Office the device mark MILAPO (depicted below) for all goods in Class 29 of the Nice Classification, including milk and milk products. The mark was cancelled by the Bucharest Court of Appeal in a decision which remained final due to procedural issues.

Subsequently, Avi also registered with the Trademark Office a MILAPO device mark for all goods in Class 29, including "milk and milk products": 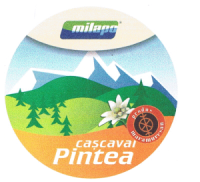 Nutricia is the owner of the following trademarks:

Nutricia considered that its prior trademark rights were infringed by Avi’s registration, especially taking into account the inherent distinctiveness, and distinctiveness acquired through use in Romania, of the MILUPA marks. Therefore, Nutricia decided to file a cancellation action against Avi's registration for the MILAPO device mark.

Nutricia’s arguments in court were extensive. They included, but were not limited to:

In its judgment (29A/2013), the Bucharest Court of Appeal decided to cancel the MILAPO device mark due to:

The decision of the court is significant, not only for Nutricia, which invested large sums of money in establishing a reputation for its MILUPA marks in Romania, but also as a precedent, as the court confirmed that MILUPA has a high distinctiveness in Romania.

The decision of the Bucharest Court of Appeal is final and binding. Avi filed a second appeal to the Supreme Court of Romania, which was rejected on procedural grounds on April 1 2014.

The decision of the Bucharest Court of Appeal in this case will most probably be followed by other courts.