US company Marvel is the owner of a national trademark registration for the word mark X-MEN (Registration No 11455) for goods in Classes 9, 16, 25 and 28 of the Nice Classification. The registration was granted on April 4 1994. 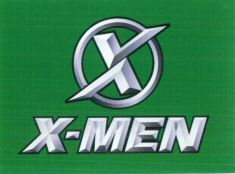 On August 8 2006 Marvel filed a petition for the cancellation of ICP’s trademark, claiming that:

Having considered the cancellation petition and the evidence submitted by the parties, on January 22 2008 the National Office of Intellectual Property rejected Marvel’s petition for cancellation on the following grounds:

On August 10 2010 Marvel filed a complaint with the Hanoi People’s Court. On March 29 2013 the court upheld the decision of the National Office of Intellectual Property.

First, the court agreed with the office that the evidence provided by Marvel was insufficient to prove that its mark had become well known among Vietnamese consumers. In addition, ICP’s mark was used in Vietnam for cosmetic products (eg, shampoo and shower gel for men), while Marvel’s mark was used for dissimilar goods (ie, comic books, cinematographic works and games). For that reason, the products bearing the two marks were totally different and could not lead to confusion among consumers.

Moreover, Marvel’s X-Men were known as a group of mutants with superhuman powers, while ICP's products had become known under the slogan “The real man”, which did not contain any reference to the X-Men mutants. Consequently, there was no reasonable ground for concluding that ICP had committed an act of unfair competition against Marvel.

Based on the above reasons, the court confirmed that there was no sufficient ground to cancel ICP's trademark. Accordingly, the court dismissed Marvel’s appeal. The decision was final, as Marvel did not appeal, and thus put an end to the six-year dispute.

This case shows that character names, by themselves, are not afforded copyright protection, particularly against the registration of identical names as trademarks, where there is no actual reference to the copyrighted character. While the claim for unfair competition was rejected in this case, similar claims may still be accepted in other cases if the evidence shows that the name at issue was well known to the extent that consumers would associate it with the copyrighted character and mistakenly believe that the products sold under that name come from, or are authorised by, the owner of the characters.