In Kraft Foods v Mars Inc (T 7141-12), the Swedish Court of Appeal has cancelled the registrations for the trademarks M&M'S and M, which belong to multinational chocolate manufacturers Mars and Kraft Foods, respectively. However, the Court of Appeal noted that Kraft had put a different form of the M mark to use in Sweden before Mars’ trademark was registered and, therefore, it had acquired exclusive rights to use its trademark.

Kraft's trademark as used on its product: 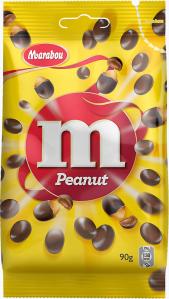 Mars' trademark as used on its product: 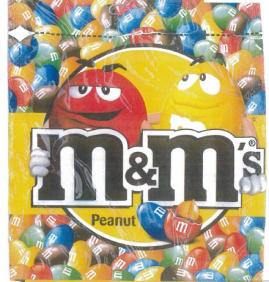 Kraft initially filed a request for the cancellation of Mars’ trademark before the Swedish district court in 2009. Kraft requested that the district court cancel Mars’ M&M'S trademark on the grounds that it was confusingly similar to its own M mark, which was already registered and had been used extensively on the Swedish market. Mars counterclaimed that Kraft’s trademark should be cancelled on the grounds that Kraft had not used it for the last five years.

The district court concluded that Kraft had not used the trademark M in its original registered form, but had used it extensively in another form. The district court thus cancelled Kraft’s registration. Kraft’s trademark was also considered to be detrimental to Mars, since Kraft had used it as the basis of an encroachment trial against Mars. According to Swedish trademark law, Kraft’s trademark had not been put to use and, therefore, it did not constitute an impediment against Mars’ trademark registration.

Kraft appealed to the Court of Appeal.

The Court of Appeal upheld the district court’s decision that Kraft’s trademark should be cancelled. However, unlike the district court, the Court of Appeal considered whether Kraft had acquired exclusive rights to its trademark through use. The court pointed out that Kraft had sold over 2 million products a year under the M mark, and that the marketing around the mark had been substantial.

The court then examined whether the two trademarks were sufficiently similar and whether consumers were likely to believe that there was a commercial link between the trademarks. The Court of Appeal stated that both trademarks contained the letter 'm' in a similar font and size, which gave the impression that the marks were the same. Moreover, the court examined the character '&', the second 'm', the apostrophe and the letter 's' in Mars' mark, and took into account a 2009 market survey showing that 38% of the Swedish public believed that products sold under the marks M and M&M'S were produced by the same company. Based on an overall assessment, the Court of Appeal concluded that there was a likelihood of confusion between the trademarks. It cancelled Mars’ trademark, stating that it should never have been registered in 2009.

In conclusion, the Court of Appeal held that both trademarks should be cancelled, but that Kraft Foods had acquired exclusive rights to its mark through use.

The companies have sued and countersued each other in Sweden for many years. In 2010 Kraft Foods sued Mars in the Swedish Marketing Court with regard to the packaging of its products. The court concluded that the appearance of the packaging of the parties' products were so different that there was no risk of confusion.

This latest legal battle in the Court of Appeal is interesting in that it may not put an end to the clash between the two chocolate companies. The court’s reasoning that the trademarks are confusingly similar may clear the way for Kraft to sue Mars for trademark infringement and prohibit the sale of m&m’s in Sweden. Moreover, it also shows that a trademark should be used in the form in which it was registered, and that the scope for using the mark in a different way is very limited.