In National Guild of Removers and Storers Ltd v Milner (t/a Intransit Removals and Storage) ([2014] EWHC 670 (IPEC), March 18 2014), the Intellectual Property Enterprise Court has found that marks used to identify members of an association need not be registered as collective marks. It further found that a former member of a trade association was not liable for trademark and copyright infringement or for passing off caused by inadvertent, continued use of the association’s logo by third parties on his behalf. The defendant did not authorise use of the logo in an advertisement for his business, nor did he create or have control over a website which displayed the logo.

The claimant, the National Guild of Removers and Storers Ltd (NGRS), is a trade association of accredited businesses that provide removal and storage services. Members benefit from a licence to use the association’s name and logo (TM 258), shown below, as a badge of membership. 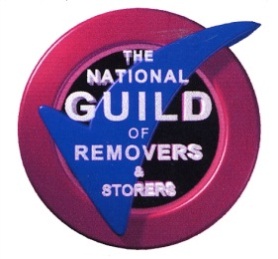 The defendant, Derek Milner, operates a removal and storage business in Trowbridge, Wiltshire. He held membership of NGRS between 2008 and 2010.

NGRS brought three claims against Milner for trademark infringement, copyright and passing off based on continued use of its name and logo after Milner’s membership had expired.

In response, Milner brought a counterclaim against NGRS for revocation of two marks, TM 258 and TM 722, on the basis that NGRS had always intended to use them as collective marks and not as individual trademarks. On that same basis, Milner also claimed revocation for non-use.

A second incident involved reference to NGRS’ name and logo on a website for Milner’s business which was set up by an internet service provider. The website stated that Milner was NGRS "ombudsman accredited and inspected". Milner had not approved the contents of the website and had written to the company to request they remove NGRS’ logo and any reference to the ombudsman scheme.

NGRS advanced two main arguments in support of its infringement and passing off claims:

The court first found that NGRS’ marks had not been registered in bad faith and that certain marks, which were registered as trademarks and serve to identify the members of an association, need not be registered as collective marks.

Section 49 of the Trademarks Act 1994 defines a 'collective mark' as one which distinguishes the goods or services of members of the proprietor association from those of other undertakings. As such, collective marks indicate commercial origin in members of an association instead of in one undertaking. Trademarks, conversely, must distinguish goods or services from their competitors by indicating commercial origin in one undertaking under Section 3(1)(a) of the act.

Interestingly, the court found that NGRS’ trademarks did not fall foul of this ground despite the fact that they did not distinguish between the services of various NGRS members. It noted that NGRS supplies branded items to its members, such as boxes for packing. It followed that the marks serve to distinguish the removal and storage services as originating from a specified source (that is, NGRS), and therefore distinguished the members’ services from those of non-members.

The judgment drew a comparison between the use of a mark by members of an association and licensees. Hacon J drew on the House of Lords' ruling in Scandecor Development AB v Scandecor Marketing AB ([2002] FSR 7), which held that, on a wider interpretation, commercial origin included exclusive licensees in addition to the proprietor. Developing this point, Hacon J held:

"the licence need not be exclusive… the trademark still distinguishes the goods and services of one trader from those of another in the sense that those goods or services come from a source which is, or alternatively is licensed by, a single entity."

The court dismissed arguments as to invalidity arising from deceptiveness or on the grounds of public policy. As, at the time of application, NGRS had not concealed its intention that the mark would be used by its members, the court also dismissed the claim that NGRS’ applications were made in bad faith. By analogy to licensees’ use of mark amounting to genuine use, the use of NGRS’ marks by its members was found to amount to genuine use.

Further, the court rejected NGRS’ claims on the basis that Milner had explicitly relayed to the publishers that he did not wish to use the proof which incorporated the name and logo. On the facts, the publisher could not have construed any implicit consent or authorisation from Milner’s actions.

Further, as Milner did not intend to use the logo nor did he represent that he had any authority to do so, the court found that there was no basis for a relationship of principal/agent, nor did Milner act as a procurer. It was material that Milner had no prior knowledge of the use until publication and took active steps in remedying such use.

In respect of the website, the court found that, once again, Milner did not have any knowledge that the website even existed until NGRS brought a complaint nor did he control or maintain it. As such, he did not permit the reference to membership of NGRS and was not liable for passing off.