Print article
European Union
Legal updates: case law analysis and intelligence
In Seven SpA v Office for Harmonisation in the Internal Market (OHIM) (Case T-176/10, October 6 2011), in what some may consider to be a victory for common sense, the General Court has ruled that marks containing the common word element 'seven' had a certain degree of similarity and annulled a decision of the Board of Appeal of OHIM based on a finding to the contrary.

In May 2005 Seven For All Mankind LLC, a Californian luxury denim label, applied to register the word mark SEVEN FOR ALL MANKIND as a Community trademark (CTM) for goods in, among others, Classes 14 and 18 of the Nice Classification, including jewellery, watches and rucksacks.

The application was opposed by Seven SpA, an Italian leisure brand, in reliance on two CTM registrations and one German registration, which, between them, also protected goods in Classes 14 and 18, including imitation jewellery, watches and rucksacks: 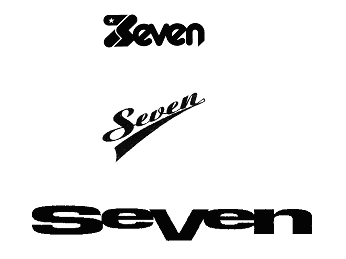 At first instance, OHIM upheld Seven SpA's opposition to the registration for rucksacks. This was on the basis of a likelihood of confusion under Article 8(1)(b) of the Community Trademark Regulation (207/2009), the evidence filed by Seven SpA having established that its earlier marks had acquired an average degree of distinctiveness on the Italian market in relation to those goods.

However, the opposition to the remainder of Seven For All Mankind's application was dismissed. This was on the basis that Seven SpA had established no likelihood of confusion under Article 8(1)(b) in respect of goods other than rucksacks, and no existence of unfair advantage or detriment under Article 8(5).

Seven SpA appealed against the Opposition Division's decision, and filed further evidence in relation to the reputation of its earlier marks. There was no cross-appeal from Seven For All Mankind in relation to the successful opposition by Seven SpA to its registration for rucksacks.

The Board of Appeal dismissed the appeal. It found that, insofar as the other goods in Classes 14 and 18 were concerned, there was no likelihood of confusion and no possibility that the relevant public would establish a link between the marks. Controversially, the decision was based on the grounds that the respective signs were not similar overall.

Seven SpA appealed again to the General Court, where it received a more sympathetic hearing.

The court held that, notwithstanding the figurative elements of Seven SpA's registrations, the presence of the common element 'seven' at the beginning of the respective marks established a certain and undeniable degree of visual similarity. The court also found that there was an undisputable phonetic similarity between the word elements 'seven' and 'seven for all mankind', since both shared the word 'seven'.

Finally, so far as the English-speaking section of the relevant public was concerned, the court held there was some conceptual similarity between the marks at issue determined by the word 'seven', the expression 'for all mankind' having only a low degree of distinctiveness for the goods concerned.

The court thus found that there was a certain overall similarity between the marks at issue and concluded that the Board of Appeal had made "an error of assessment" in not recognising this. In reaching this conclusion, the court noted that it was not bound by previous OHIM decisions cited by Seven For All Mankind as intervenor in the proceedings, and that its decision should be based solely on the basis of the regulation.

The court ruled that the board's decision should be annulled and awarded costs to Seven SpA. The court had no power under the regulation to substitute its own decision or to refer the case back to OHIM for a redetermination, but it was clear from Article 65(6) of the regulation that OHIM was required to take the necessary measures to comply with the judgment of the court.