In February 2015 the Finnish Market Court issued a decision in Combined Cases 2013/650, 2013/651 and 2014/422, which concerned the issue of the protection of trademark rights in a camouflage print – a 'snow camouflage' pattern featuring a snowy and wintry forest. The two patterns at issue had been designed by the same Finnish designer. The designer testified in court that the patterns had been intentionally designed to be different. Both patterns were to be used for winter hunting.

Erätukku Oy, a Finnish sport, hiking and outdoor company and retail chain, filed an application for summons against Kartanokuva Oy in 2013. Kartanokuva is a Finnish importer and manufacturer of hunting gear. The plaintiff claimed that Kartanokuva had infringed its trademark rights.

The plaintiff owned a Community trademark and a national Finnish trademark in Classes 18 and 25 of the Nice Classification. 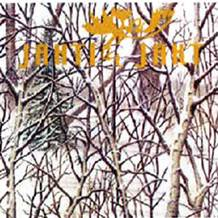 Moreover, the plaintiff claimed that the pattern in question, without any additional elements, had acquired distinctiveness through use since 2007 and had become an unregistered 'established trademark' on the Finnish market for a number of Erätukku’s winter hunting gear and accessories. Infringement of this unregistered mark was also claimed.

The Market Court rejected the claims.

According to the court, the use of natural elements in camouflage patterns is common, as the main purpose of these patterns is to ensure that their users blend into the surrounding terrain. The court ruled that the snow camouflage pattern had not acquired distinctiveness to become an 'established trademark', as the alleged unregistered mark had remained "undefinable”. The proof samples and pictures submitted by the plaintiff showed different pattern variations and uses together with logos and word marks. The plaintiff’s use had not been consistent and the evidence did not sufficiently show that the pattern was used as an indicator of the origin of the relevant goods.

The Market Court also reviewed the market surveys submitted by the plaintiff and the defendant. Although a number of respondents connected the patterns in question to the plaintiff, the surveys still failed to show that the relevant public would view Erätukku’s pattern as an indicator of commercial origin. According to the court, it was unclear why some respondents made connections to the plaintiff, and concluded that there could have been reasons not related to trademarks.

Therefore, there was no infringement of unregistered trademark rights.

The court found that the relevant consumers were reasonably well-informed and circumspect - consumers purchasing winter hunting gear and accessories are usually attentive, as winter hunting is a sport which requires special skills and knowledge, as well as an investment in time and money.

Therefore, the marks were dissimilar and Kartanokuva had not infringed Erätukku’s registered trademarks.

It seems that, according to the court, the pattern element itself remained a descriptive element. There was no sufficient evidence that Erätukku’s pattern had acquired distinctiveness through use since 2007. In these circumstances, a low visual similarity and a conceptual similarity were not enough to find a likelihood of confusion.