Print article
European Union
Legal updates: case law analysis and intelligence
In Couture Tech Ltd v Office for Harmonisation in the Internal Market (OHIM) (Case T-232/10, September 20 2011), the General Court has considered whether the registration of a figurative trademark representing the Soviet coat of arms was contrary to public policy or accepted principles of morality.
Couture Tech Ltd sought to register the following sign as a Community trademark (CTM) in Classes 3, 14, 18, 23, 26 and 43 of the Nice Classification: 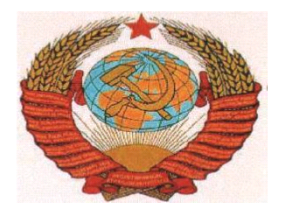 The application was rejected by the OHIM examiner and, subsequently, by the Second Board of Appeal of OHIM.
On appeal before the General Court, Couture Tech Ltd claimed that:
Referring to previous case law, the General Court first held that a mark must be refused registration under Article 7(2) of the regulation if it is covered by one of the grounds for refusal laid down in Article 7(1) in part of the European Union. Such a part may consist of a single member state.
Further, the court dismissed Couture Tech’s argument that the term “notwithstanding”, used in the wording of Article 7(2), underlined that the purpose of the article was only to make clear that the list of absolute grounds for refusal in Article 7(1) was exhaustive (ie, that any additional grounds for refusal laid down by various member states could not be taken into consideration). According to the court, such an interpretation would make the paragraph redundant, because this already followed from the nature of the regulation.
Moreover, the court reasoned that the assessment of whether a sign is contrary to public policy or accepted principles must be carried out with reference to the perception of the average consumer in the relevant public, and that such perception is influenced by the circumstances in the individual member states in which these consumers are found. The court thus rejected Couture Techs claim that the concepts of 'public policy' and 'accepted principles of morality' had to be analysed solely with reference to EU law, including its underlying aims and principles, and to international conventions. According to the court, these concepts must be assessed not only with reference to the circumstances common to all member states, but also by taking into account the particular circumstances of individual member states which are likely to influence the perception of the relevant public within those states.
Against this background, the court held that:
The court thus rejected all of Couture Tech Ltd’s arguments relating to the second claim.

The Board of Appeal had found that the mark applied for was contrary to the public policy or accepted principles of morality at least as far as Hungary and Latvia were concerned. With regard to the examination of the factors relevant to Hungary, the board had based its assessment on a provision in the Hungarian criminal code prohibiting the use of the sickle, hammer and five-point red star, as well as guidelines from the Hungarian Patent Office, stating that these symbols must be considered contrary to public policy.
The court held that, because the CTM regime is an autonomous system, OHIM was not bound by such factors arising from national law; nonetheless, they might be used as evidence to support an assessment of how a sign is perceived by the relevant public. As Couture Tech did not dispute the finding that a ban of the abovementioned symbols implies that they are perceived as being contrary to public policy or to accepted principles of morality in Hungary, the court concluded that the board had not made an error of assessment in finding that the sign, which included such symbols, was covered by Article 7(1)(f). In particular, the court held that:
With regard to the ECHR, the court stated that such an assessment was in any event irrelevant, as the legislation was merely used as evidence, and not because of its normative value. Nonetheless, the court added that the fundamental rights guaranteed by the ECHR form part of EU law pursuant to Article 6(3) of the Treaty on the European Union and, therefore, the Community courts must ensure that these rights are respected. However, Couture Tech failed to provide any arguments showing that the refusal to register the mark in question constitutes an interference with the freedom of expression guaranteed by Article 10(1) of the ECHR which does not satisfy the requirements of Article 10(2) (Article 10(2) allows certain restrictions which are necessary in a democratic society).
In support of its claim that the Board of Appeal had breached the principles of the protection of legitimate expectations and legal certainty, Couture Tech relied on the fact that OHIM had, by mistake, accepted to register another mark relating to the same sign. The General Court dismissed this claim, stating that OHIM’s previous decision-making was irrelevant, as the legality of the Board of Appeal’s decision had to be assessed solely on the basis of the regulation. Based on the above, the court dismissed Couture Tech’s action in its entirety.
Christian Kragelund and David Telyas, Gorrissen Federspiel, Aarhus