In Judgment No I Cpg 224/2011 (September 13 2012, released only recently), the Appellate Court has upheld Decision No IV Pg 3492/2009 of the Circuit Court (December 2 2010) in which the latter had invalidated the national trademark EUROTHERM (and device) due to its similarity with symbols of the European Union.

On March 17 2006 defendant Onic Damijan filed an application (No 200670443) for the registration of the trademark EUROTHERM (and device) for goods and services in Classes 6, 11, 35 and 37 of the Nice Classification:

In April 2008 the European Commission, on behalf of the European Union, filed an action for the invalidation of the mark based on absolute grounds, namely:

The European Commission contended that the trademark included or imitated the following symbols: 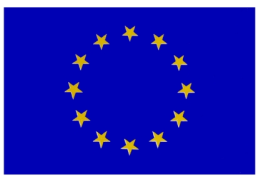 In 2010 the Circuit Court invalidated the mark, and the defendant appealed.

The Appellate Court upheld the Circuit Court's judgment and held that both the emblem and the seal enjoyed special protection - such symbols may be registered and used only by public or international entities, or authorised bodies. Their purpose is to designate the public authority at issue (ie, the emblem is used in escutcheons, flags, official documents and currency, while the seal is used to ensure the quality of products or services). Consequently, such symbols should enjoy a higher level of trust among consumers, and cannot be used by private entities or individuals without adequate authorisation.

The Appellate Court explained that, when comparing the mark with the protected emblem and seal, the analysis should be carried out in a strict manner. The court pointed out that the design element (five-pointed stars arranged in a circle) was similar to the EU emblem. In addition, the essential element of the trademark was the word ‘eurotherm’, the first part of which (‘euro’) is identical to the official EU currency. Consequently, the combination of the five-pointed stars arranged in a circle with the word ‘euro’ constituted an obvious imitation of protected EU emblems.

Further, the Appellate Court explained that the exception set forth in Article 6ter(2) of the Paris Convention could not apply in this case. Article 6ter(2) provides that the prohibition of the use of official signs and hallmarks applies solely in cases where the marks in which they are incorporated are used on goods of the same or a similar kind. In this case, the exception did not apply because the European Union, with its various institutions and bodies, is a complex organisation which is present in many aspects of the lives of EU residents, either through its legislation, its own services and products and its monetary policy, or its signs for indicating the origin and quality of products and services. Further, the European Union is continuously developing, so not all residents of the EU member states are acquainted with its precise organisational chart, activities, services or products. Therefore, confusion between the contested trademark and the official EU symbols was even more likely to occur, even though the European Union does not offer the products and services covered by the mark.