A new private sector initiative has been launched in an attempt to stop the significant economic and social damages caused by illicit trade. Called the Transnational Alliance to Combat Illicit Trade (TRACIT), it aims to bring together rights holders and other key stakeholders to identify innovative approaches to tackle the scourge of counterfeiting and other illegal trade.

TRACIT’s primary stated objective is to help businesses reduce vulnerabilities in markets and supply chains, mitigate losses and stimulate legal trade. This will be achieved through a combination of developing tools which businesses can share and use across industry sectors, along with an advocacy programme to leverage government regulation and the controls already targeting illicit trade.

The initiative is being led by Jeffrey P Hardy, who has vast experience in anti-counterfeiting activity following his work as director of the International Chamber of Commerce’s Counterfeiting & Piracy network. “What I learned over the last couple of years was that this issue is much bigger than counterfeiting,” he explained, when describing his reasoning for setting up TRACTIC. “Illicit trade is bigger in terms of economic loss and its impact on business, and it’s bigger in terms of the public agenda and governmental organisations trying to fight it. So my attention to the bigger problem grew and, with that, my desire to deliver a bigger solution grew.”

The organisation is also seeking to collaborate with other associations. “There is a lot of good work being done against illicit trade in, for example, the logging industry or by those tackling the illegal ivory trade that can be learnt from. Those in the pesticide industry have done a terrific job in putting in place first-class ‘know your customer’ programmes but have those in other industries even seen those types of things? Why start from ground zero if one industry already has this in place? So we may well see trade associations from a particular sector become a member, or join in an advisory capacity. There may be an anti-counterfeiting association that wants to be involved and will help us develop that work stream.” 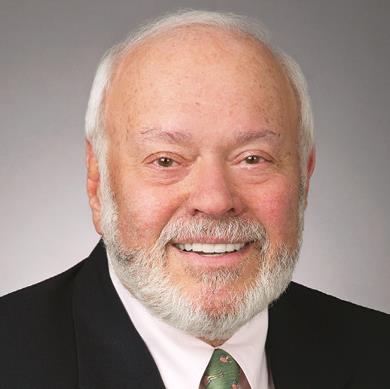 This is an extremely broad initiative. While international trade is an important component of the counterfeiting problem, this initiative seeks to include other types of illegal trade. For the pharmaceutical industry, counterfeiting is one extremely important issue but other issues include adulterated pharmaceuticals and substandard pharmaceuticals which would seem to be included in the purview of this new group. Since the new alliance is just starting, it’s too early to say whether it will be successful. I would hope that we could see a more comprehensive work plan and targeted list of goals. I also think success will depend on the number of corporations, industry groups and others who elect to join the group. I think it is a useful initiative and hope that it will be successful.”