Print article
Lithuania
Legal updates: case law analysis and intelligence
The Appeal Division of the Lithuanian State Patent Bureau has found that there was a likelihood of confusion between the figurative trademarks STAR1 AIRLINES and STAR ALLIANCE (September 1 2011).
On January 11 2011 Deutsche Lufthansa AG (Germany) filed an opposition (Opposition PNZ-1) against the Lithuanian trademark STAR1 AIRLINES (Registration 62674), which covered services in Class 39 of the Nice Classification (“transport; packaging and storage of goods; travel arrangement”): 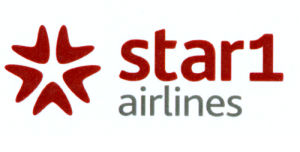 The opposed trademark was registered in the name of joint stock company Star1 Airlines (Lithuania).
The opposition was based on Article 7(1)(2) of the Law on Trademarks of the Republic of Lithuania, which provides that a trademark registration should be declared invalid if it is identical, or misleadingly similar, to an earlier registered mark or application covering identical or similar goods and/or services.
The opposition was based on the earlier Community trademark (CTM) STAR ALLIANCE (CTM Registration 000419887): 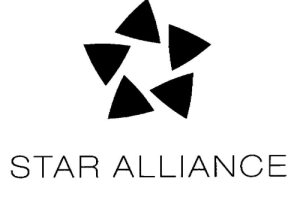 The CTM was registered for goods in Classes 9 and 16, as well as the following services:
The Appeal Division upheld the opposition and decided that the registration for STAR1 AIRLINES should be declared invalid.
First, the Appeal Division held that the marks at issue were confusingly similar. In assessing the overall impression created by the marks, the Appeal Division found that the verbal elements ‘star’ and ‘star1’ were the main and dominant elements of the marks, and that these elements were almost identical. Moreover, the common word ‘star’ was placed at the beginning of both marks and would thus be seen immediately by the relevant public. The numeral 1 in the opposed trademark was placed at the end of the verbal element and, therefore, was not sufficient to distinguish the marks.
The Appeal Division further held that the Lithuanian meaning of the words ‘alliance’ and ‘airlines’ was descriptive in respect of the services at issue. Therefore, these elements were weak and did not constitute a distinctive feature. The graphic elements created a similar overall impression, as both marks contained five triangles in a circle.
In addition, the marks were similar phonetically due to the identical pronunciation of the verbal elements ‘star’. The phonetic similarity was increased by the fact that the weak elements ‘alliance’ and ‘airlines’ were pronounced in a similar manner: both words had the same  length and shared the letters ‘A’, ‘L’, ‘I’, ‘N’ and ‘E’ in the same order.
From a conceptual point of view, the Appeal Division found that the marks were similar, since the dominant element ‘star’ in both marks had an identical meaning for Lithuanian customers. Moreover, the meaning of the word ‘star’ was enhanced by the graphic element of the marks, which consisted of stylised stars.
Second, the Appeal Division found that the services covered by the marks were similar.
The opposed mark was registered for all services in Class 39, as the registration referred to the class heading of the Nice Classification. This class mostly includes the transport of people and goods from one place to another (by rail, road, sea, air and pipelines), services relating to such transport, as well as services relating to the storage of goods. Therefore, all the services covered by Lufthansa’s trademark fell within the definition of “transport; packaging and storage of goods; travel arrangement” covered by the opposed trademark. Moreover, “travel arrangement” in Class 39 is closely related to “transport” and complements the services of “providing of food and drink; temporary accommodation; accommodation reservations; providing hotel accommodation”in Class 42, because these services are often arranged or provided by the same undertakings. For example, these services are commonly offered together by travel agencies in the form of package holidays.
The Appeal Division thus concluded that there was a likelihood of confusion on the part of the relevant public.
Vilma Dauskurdiene, AAA Baltic Service Company - Law Firm, Vilnius