In Haribo v Lindt & Sprüngli (Case 6 U 230/12, April 11 2014), the Court of Appeal of Cologne has reversed a decision of the Cologne Civil Court and held that Lindt’s gold-foil wrapped chocolate bear did not infringe Haribo's rights.

In this highly disputed case, sweets manufacturers Haribo and Lindt clashed over a new product launched by Lindt. Haribo has been offering fruit gums under the mark GOLDBÄREN ('Gold Bears') since the 60s. Haribo owns various trademarks, including word marks for the plural 'Goldbären' and for the singular 'Goldbär', the more recent German mark GOLD-TEDDY and an abstract colour mark for the colour gold, in respect of sweets, including fruit gums. 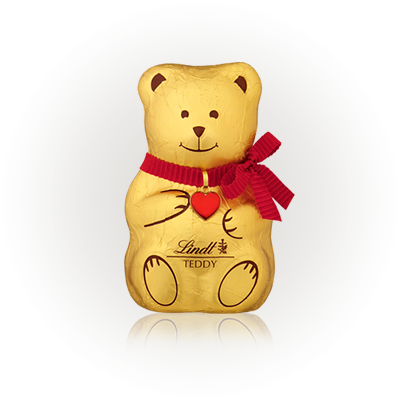 The company name Lindt and the word 'Teddy' appear prominently on the bear. The product looks similar to Lindt's Goldhase and other stylised animals made by Lindt which are wrapped in golden foil and have a red ribbon around their neck.

Haribo considered that this new Lindt product infringed its famous GOLDBÄREN mark and other signs. Haribo succeeded at the Cologne Civil Court, which held that Lindt's new product could be associated with Haribo’s GOLDBÄREN mark and would therefore take unfair advantage of, and would be detrimental to, the reputation of Haribo's famous mark.

Lindt appealed and the Cologne Court of Appeal found that there was no infringement of the famous word mark GOLDBÄREN and of all the other marks of Haribo.

The Court of Appeals agreed with the lower court that:

However, the Court of Appeal disagreed with the lower court that the overall impression of the signs was similar and that relevant parts of the trade would therefore be reminded of Haribo's famous GOLDBÄREN mark when seeing the chocolate bear wrapped in golden foil with a red ribbon around its neck. The court confirmed that trademark infringement could also be established between different categories of marks, such as word marks and three-dimensional shapes.

Further, the Court of Appeal agreed with the lower court that it was appropriate to apply the rules established by the Federal Supreme Court for a likelihood of confusion between a word mark and a device mark, namely that a likelihood of confusion exists if the word mark is the most obvious, unforced and exhaustive description and designation of the three-dimensional shape. However, the Court of Appeal disagreed with the lower court that these requirements were present here, as all relevant factors concerning the overall impression of Lindt’s Golden Bear should be taken into account.

Following other case law, the Court of Appeal held that it was necessary to establish those elements of Lindt’s Golden Bear which would be perceived as source indicators by the relevant circles of the trade. Contrary to the lower court, the Court of Appeal believed that the similarity in colour and shape was not sufficient to establish such a similarity in overall impression. Like the Court of Appeal in Frankfurt, which decided on the infringement case concerning the Golden Rabbit, the Court of Appeal in Cologne was of the opinion that the colour and shape of the chocolate bear were only of minor importance for the overall impression and that other elements, such as the name Lindt and the word 'Teddy', as well as the red ribbon around the neck, played a more important role in the perception of Lindt’s new product as a trademark. While it might have been correct that the colour and shape could easily, unforcedly and exhaustively be designated as 'Goldbär', the additional distinctive elements in Lindt’s products would not be designated as 'Goldbär' or 'Goldbären'. Therefore, the overall impression of Lindt’s product was not governed by its colour and shape, and did not create an association with Haribo's famous Goldbären brand, as 'Goldbär' or 'Goldbären' was not the most obvious, unforced and exhaustive description of the product.

Further, the Court of Appeal referred to surveys submitted by Lindt which supported this point of view, namely that only about 8.5% of the interviewees called Lindt’s chocolate bear 'Goldbär' or a similar name. Only 0.8% of the interviewees associated the chocolate bear with Haribo’s fruit gums, while 80 to 84% believed that Lindt was the manufacturer of the chocolate bear wrapped in golden foil because of the similarity to the Golden Rabbit and other products made by Lindt. The court believed that these were strong indications that Lindt’s new chocolate bear would not be associated with Haribo's famous GOLDBÄREN mark.

For the same reasons, the Court of Appeals also denied Haribo’s other claims based on infringement of its word mark GOLDBÄR and abstract colour mark, as well as unfair competition. With respect to Haribo’s more recent word mark GOLD-TEDDY, the Court of Appeal even believed that there were strong indications that this application had been filed in bad faith, as it was filed only after Lindt announced the launch of its new chocolate product.

Haribo thus won the first round and Lindt won the second round. The Court of Appeal allowed, however, a further appeal to the Federal Supreme Court on grounds of law, and it seems very likely that Haribo will take this chance, as both parties announced at the beginning of the dispute that they would take the matter to the highest instance. While the German law concerning a likelihood of confusion between word marks and device marks is well established, this is the first case in which the German courts have had to decide whether a word mark can also be infringed by the three-dimensional shape of a product. It remains to be seen whether the Federal Supreme Court, and possibly the Court of Justice of the European Union, will confirm the holding of the Court of Appeal. In any event, it is ironic to see that the line of argumentation used by the Frankfurt Court of Appeal to finally deny Lindt’s claim against a competitor (which also manufactured a rabbit wrapped in golden foil) has now helped Lindt to rebut Haribo's claim in this case.