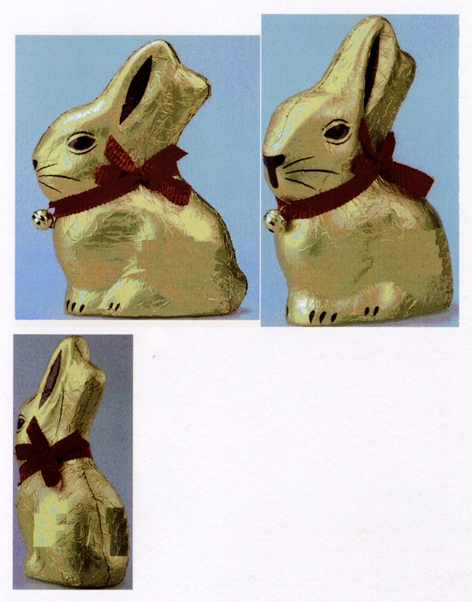 In October 2005 OHIM rejected Lindt's application on the basis of Article 7(1)(b) of the Community Trademark Regulation (40/94), stating that none of the elements constituting the shape of the chocolate product (sitting rabbit), the gold foil wrapping or the ribbon and bell - whether taken separately or together - were sufficiently distinctive. It was, the OHIM said, quite normal for companies to manufacture chocolate in the shape of a sitting rabbit, wrap their products in gold foil and/or decorate animals with ribbons and bells. In addition, the evidence of acquired distinctiveness relied upon did not overcome the objection because it related to Germany only (and the objection applied equally across the entire European Union, hence proving distinctiveness in one member state was not sufficient).

This decision was upheld by the Fourth Board of Appeal in June 2008 and then again by the General Court.

Lindt was not satisfied that the right decision had been taken in relation to either the inherent distinctiveness assessment or the evidence of acquired distinctiveness. The two pleas in law alleged that the General Court was wrong:

It would have been surprising - and thrown into question fundamental questions about the unitary nature of the CTM - if the ECJ had not dismissed the appeal.

It is true that the same distinctiveness test should apply to all types of trademarks. However, this case shows that, when filing for a non-traditional mark, securing a Community-wide right may be difficult because, in practice, it will not be seen as distinctive in any of the member states. This means that the applicant faces a very heavy evidential burden in proving that consumers do in fact perceive such a mark as distinctive in every member state, which is of course a very expensive exercise.

All this means is that the owners of shape or non-traditional marks may choose national registrations over a CTM registration, whether at the point of filing or, in the alternative, by falling back on the conversion procedure if they at least think that they have a fighting chance of securing a CTM registration at the outset.