After his invaluable contribution to the global trademark community was recognised at the WTR Industry Awards, J Thomas McCarthy sat down with us to reflect on an illustrious career 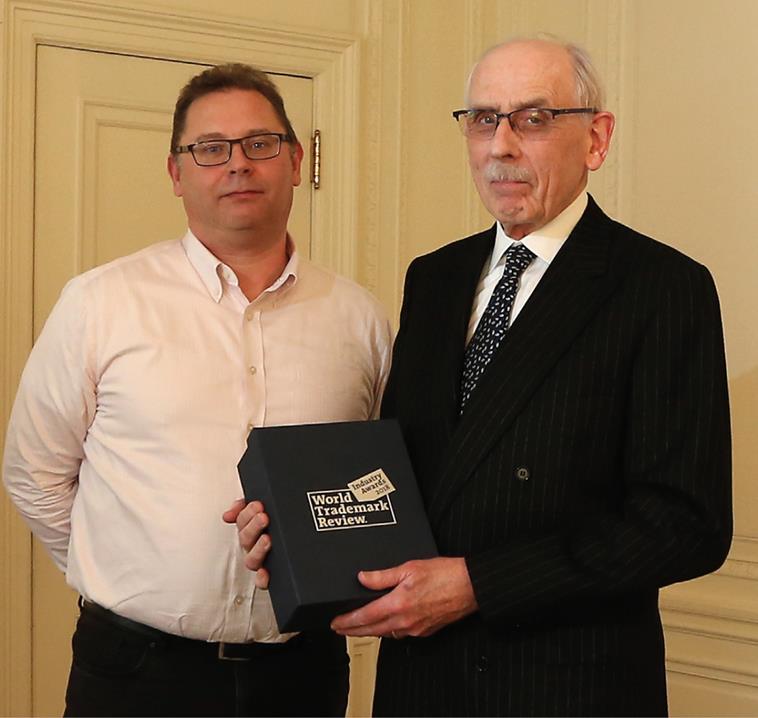 To start at the beginning, those with engineering degrees often gravitate to patents when moving into the IP world. How did you come to work in the trademark field (and had you chosen another career, what would you have likely pursued)?

I worked as an electronics engineer for the Chrysler Corporation’s missile division in the early days of the space programme on the Redstone missile, a version of which was used to launch the first US satellite (Explorer I) in January 1958. However, I soon realised that I wasn’t cut out to be an engineer and decided to attend law school at the University of Michigan, where my favourite course covered trademark law.

I then worked for an attorney in San Francisco doing a bit of everything – from patents, trademarks and copyright to antitrust matters, mainly representing small businesses. I found that I preferred trademark work above all else. After a few years of practice, I went into teaching and four years later signed a contract with a publisher to write a treatise on trademarks as a successor to Harry Nims’s treatise. The first edition of McCarthy on Trademarks and Unfair Competition appeared in two volumes in 1973. After 45 years, and now in its fifth edition in seven volumes (published by Thomson Reuters), it is still going strong and has been relied on as an authority in over 5,000 judicial decisions. Since retiring from teaching in 2002, I now work several hours a day revising and updating the books. I also have a two–volume treatise on The Rights of Publicity and Privacy, which is updated once a year.

If I had chosen another career, I probably would have obtained an MBA and gone into management at a technical business.

In what ways has the trademarks environment evolved during your time in the industry?

I think the most significant change has been the Internet. It has created a truly global environment for trademarks – any merchant anywhere, from Alaska to Argentina, can sell its goods and services anywhere in the world. The only truly local businesses now are those supplying physical services, such as beauty salons, fitness studios, dentists and surgeons.

What would you say has been the biggest challenge for brands in the trademark world in recent years?

I think the biggest challenge has been counterfeiting. While popular media emphasises the counterfeiting of high-fashion brands, I think that counterfeit medical drugs, aircraft and vehicle parts, and electronic chips are much more dangerous and threatening. Those sorts of counterfeits of inferior quality present a real danger of death and destruction.

If you could make one change in the trademark environment, what would it be?

One change that could significantly facilitate trade and lower barriers would be to reduce the differences in the rules for trademark registration and enforcement among nations. Much has already been done in the form of international contracts, such as the Madrid Protocol and the Singapore Trademark Treaty, but a great deal more is needed. While the United States retains a first-to-use priority system, which differs from the first-to-register system used in almost all other nations, I cannot see that difference being reconciled in the near future.

What would you say have been the personal highlights of your career?

I have greatly enjoyed two aspects of my career. The first was teaching students, seeing them grow in ability and confidence and, years later, seeing them lead successful and productive careers. The second has been trying – through my writing – to clearly explain and de-mystify the law in order to make it more accessible and predicable to both attorneys and business people. A great deal of legal writing is either intended purely to persuade (as in legal briefs) or is so convoluted and verbose as to obscure and obfuscate.

You have practised, written and taught in the field of trademarks. Of the three, which do you find the most fulfilling, and why?

I think it is the writing that I have found most fulfilling. Explaining complicated legal concepts in clear and understandable language is a formidable challenge, and it’s a goal that the writer can never fully achieve because the world and the law are constantly changing. For example, when I first wrote my book, there was no Internet and no such thing as personal computers, let alone smartphones. When disputes over domain names began to arise, a whole new field of complicated disputes and rules appeared, which needed to be sorted out and explained in my treatise. I am constantly reorganising and rewriting portions of it to make the material clearer and more accessible – it’s a work continually in progress.

For those starting out on their own careers, what key advice would you give them (or what qualities are key to success)?

I think the key to a successful career is pretty basic – find something that you like to do and are good at, and find a career to match. After that, it’s all about hard work and persistence to achieve your goals. It’s also important to treat everyone – high and low, young and old – with respect and courtesy.

Looking back at your career, is there anything you would change if you had the opportunity?

I am immensely lucky and blessed that – with the benefit of hindsight – I wouldn’t change a thing.

The person who had the greatest impact on my legal career was Julian Caplan, my first employer when I was in practice in San Francisco. He taught me the basic skills of being a competent attorney. More importantly, he taught me how to use those skills in an ethical and responsible way to assist clients.

J Thomas McCarthy is a senior professor at the University of San Francisco School of Law and the founding director of the McCarthy Institute of Intellectual Property and Technology Law.

He has practised, written and taught in the field of trademarks and unfair competition for over 50 years. He is a member of the California and the US Supreme Court Bars, and is admitted to practise before the USPTO.

McCarthy is the author of the seven-volume treatise McCarthy on Trademarks and Unfair Competition, published by Thomson Reuters. The treatise is in its fifth edition and has been in print for 45 years. In addition, it has been cited as an authority in over 5,000 judicial decisions, including 13 US Supreme Court cases. McCarthy is also the author of the two-volume treatise The Rights of Publicity and Privacy (Thomson Reuters) and the reference book McCarthy’s Desk Encyclopedia of Intellectual Property (co-authored by Roger E Schechter and David J Franklyn (third edition 2004, BNA)).

McCarthy is of counsel with Morrison & Foerster LLP, based in its San Francisco office. He was a member of the American Law Institute Advisory Committee involved in drafting the 1995 Restatement of the Law of Unfair Competition and a member of the Trademark Review Commission, which drafted the 1989 revisions to the Lanham Act. He has also served for many years on the editorial board of the Trademark Reporter.

McCarthy obtained a degree in electrical engineering from the University of Detroit and worked as an engineer for Chrysler Corporation, Missile Division during the early stages of the space programme on the Redstone missile, a version of which was used to launch the Explorer I satellite in January 1958. He obtained a law degree from the University of Michigan Law School and practised IP law in San Francisco before becoming a teacher. He is also an avid watercolour painter.