Lessons from the Australian courts

In 2014 Australian courts considered a wide range of trademark law issues and their decisions offer useful guidance for practitioners and rights holders alike. This review examines the most significant rulings of the past year, as well as the first decisions of the Trademarks Office concerning the new extension of time provisions introduced by the Intellectual Property Laws Amendment (Raising the Bar) Act 2012.

Foreign words and the test for distinctiveness

The year culminated with the High Court of Australia handing down its first trademark decision since 2010. In Cantarella Bros Pty Limited v Modena Trading Pty Limited ([2014] HCA 48) it considered whether the trademarks ORO (‘gold’ in Italian) and CINQUE STELLE (‘five stars’ in Italian) were inherently distinctive in respect of coffee. In its decision, the High Court confirmed that the test for distinctiveness requires the following two questions to be considered:

Applying this test, the High Court held that both the ORO and CINQUE STELLE marks “were not shown to convey a meaning or idea sufficiently tangible to anyone in Australia concerned with coffee goods as to be words having a direct reference to the character or quality of the goods”. As such, the marks were considered prima facie registrable.

Some commentators have taken the view that this case lowers the bar on the threshold for distinctiveness, as widely used allusive or metaphorical phrases in both English and a foreign language may potentially be registrable. However, it is too early to tell whether this decision will have any major effect on the Trademarks Office’s assessment of inherent distinctiveness. It has long been established that marks which are covert and skilful allusions – such as TUB HAPPY in respect of detergent and PERFECTLY YOU in respect of hair-care products – are prima facie registrable. Nevertheless, for clients that may have encountered difficulty in securing acceptance of a mark that has an allusive meaning, now may be an opportune time to revisit protection, particularly if the mark is a foreign word.

In a departure from recent decisions in Europe, the Federal Court of Australia refused to find that use of the mark YELLOW PAGES amounted to use of the mark YELLOW. In Phone Directories Company Australia Pty Ltd v Telstra Corporation Limited ([2014] FCA 373) the Federal Court was required to consider whether the trademark YELLOW was capable of distinguishing print and online telephone directories and, if not, whether it had been used to a sufficient extent to become factually distinctive. The court decided that it was neither inherently nor factually distinctive. The decision is currently on appeal.

This finding represents a departure from some European Court Decisions on the issue of trademark use. In particular, although the Federal Court acknowledged previous authority that a word may be used as a trademark even where it is a component of a larger mark, it did not consider that use of YELLOW PAGES amounted to use of YELLOW. The approach differs from that taken by the European Court of Justice (ECJ), which has accepted, for example, that use of “Have a break…Have a Kit Kat” was also use of “Have a break”.

Unless the Full Federal Court overturns this aspect of the decision, the case could have an impact on non-use actions. It serves as a timely reminder for rights holders to ensure that they can demonstrate use of their trademarks as registered. 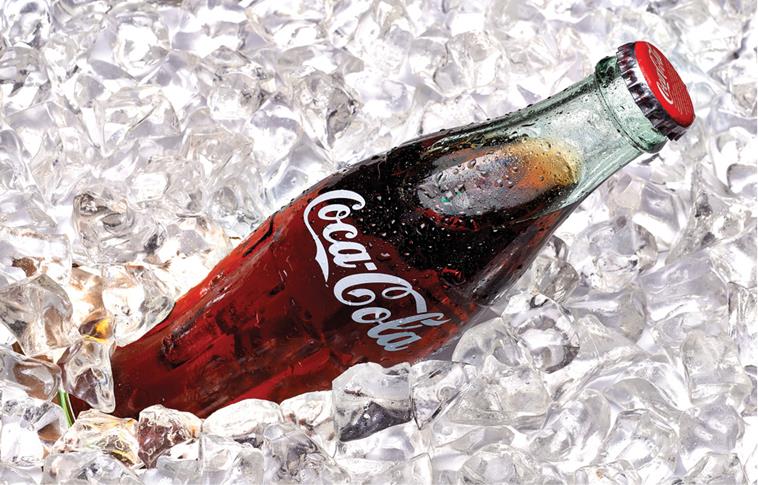 Moving on to issues of infringement, another chapter in Coca-Cola’s global attempt to prevent PepsiCo’s use of its Carolina bottle unfolded in Australia. The Federal Court of Australia decided that PepsiCo’s Carolina bottle was not deceptively similar to any of Coca-Cola’s trademark registrations for its own contoured bottle shape, which include a three-dimensional shape mark as well as an outline and silhouette mark.

Before reaching this conclusion, the court found that PepsiCo was using the shape of the Carolina bottle as a trademark. In making this finding, the court had regard to the distinctive character of the Carolina bottle and, in particular, the horizontal waves on it. Moreover, the evidence demonstrated that it was PepsiCo’s intention to design a distinctive bottle which consumers would associate with the Pepsi brand – the court considered that PepsiCo had achieved its aim.

In view of these differences, the court decided that the Carolina bottle was not deceptively similar to any of Coca-Cola’s registrations.

Coca-Cola also alleged that PepsiCo’s use of the Carolina bottle amounted to misleading and deceptive conduct and passing off. Interestingly, while the court accepted that “it is difficult to see why an ordinary consumer would not make his or her purchasing decision by reference to the brand names, device marks, or logo”, it was prepared to find that “a sufficient number of consumers may well make their selection based on overall bottle shape”, having regard to the consumer who “self selects from the refrigerator with minimal involvement in the purchase”. Notwithstanding this, due to the differences between the two bottles as outlined above, the court did not consider that there was any real likelihood of confusion.

One encouraging aspect of the case for rights holders is that the court found that the shape was being used as a trademark. It has always been uncertain how the courts would deal with this issue, owing to the strict requirement in Australia to show “use as a trade mark in the course of trade”. This decision provides some comfort to rights holders that registrations for shape marks can add significant value to their portfolios.

Court affirms value of minor stylisations to a descriptive mark

The Full Federal Court has affirmed the value of a composite or stylised mark incorporating descriptive terms. In Lift Shop Pty Ltd v Easy Living Home Elevators Pty Ltd ([2014] FCAFC 75) the Full Federal Court commented in obiter that use of the term ‘Lift Shop’ in plain font in relation to lifts would have infringed a registration for its LIFT SHOP trademark in respect of lifts. This decision follows from the Federal Court’s decision in REA Group Ltd v Real Estate 1 Ltd ([2013] FCA 559), where it was decided that use of ‘realestate1.com.au’ on a website, in both the heading of a sponsored link and as part of a URL, infringed a registration for the REALESTATE.COM.AU mark.

While some commentators have questioned the correctness of this result and have argued for the reintroduction of disclaimers (which were abolished in 2006), the message which courts are sending is clear: a small device can add much value to what is otherwise a directly descriptive and unprotectable mark. 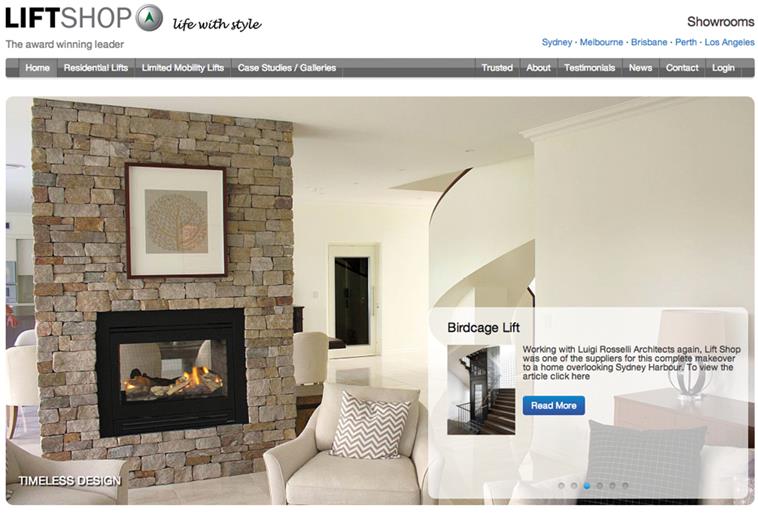 When will a disclaimer dispel consumer confusion?

Whether disclaimers are effective in dispelling consumer confusion is a question which attracts opposing responses, particularly in circumstances where a domain name incorporates words or phrases which are used by a competitor.

In Solahart Industries Pty Ltd v Solar Shop Pty Ltd ([2011] FCA 700, June 21 2011) the Federal Court likened a domain name to a shop front. This characterisation arguably supports the view that any disclaimer appearing on the webpage itself cannot dispel consumer confusion, as confusion has already occurred through the act of clicking through to the website.

However, more recently, in Kosciuszko Thredbo Pty Limited v ThreadboNet Marketing Pty Limited ([2014] FCAFC 87), the Full Federal Court decided that the use of a disclaimer within a website may be sufficient to dispel consumer confusion. This case involved allegations of misleading and deceptive conduct concerning the respondent’s use of the domain name ‘thredbo.com’, when ‘thredbo.com.au’ was the domain name used by the appellant. Although the disclaimer appeared halfway down the home page, the Full Court considered that it was sufficient to dispel consumer confusion.

In arriving at its decision, the Full Court made the following observations, which suggest that mistakenly accessing a website is not itself sufficient to find that a trader has engaged in misleading or deceptive conduct as such conduct is prolific: “in today’s society the ordinary or reasonable consumer seeking … goods or services on the internet will frequently click on a result in a web search thinking it is a link to a particular site, only to find when his or her browser is directed to the selected site that it is not the site of the supplier or business that the consumer wanted” (para 48).

As this decision did not involve issues of trademark infringement, it is unclear whether a disclaimer would have saved the respondent had the appellant owned a trademark registration. However, in cases where a rights holder’s registration covers the same goods or services on which the alleged infringer is using an infringing mark, it is not necessary to prove a likelihood of confusion. In these circumstances, it would be extremely surprising if a disclaimer, no matter how prominent, allowed an infringer to escape liability.

A number of cases have issued concerning the changes made by the Raising the Bar reforms and no review of 2014 case law would be complete without some comment on these.

Promptness and diligence: critical ingredients to securing an extension of time

To date, the Trademarks Office has interpreted these provisions strictly. In order to be satisfied that an extension of time is appropriate, the Trademarks Office requires a detailed chronology of events, setting out the conduct of the applicant and its attorneys during the evidentiary period. The applicant must account for the entire period in which it had to file evidence. Any large spans of time when no action was taken will likely result in the failure of the application. Moreover, the requirement of promptness and diligence falls on both the party and its representatives – it is no excuse that a staff member was on annual leave or that technical difficulties were experienced (MG Icon LLC v Caprice Australia Pty Ltd [2014] ATMO 34).

The key lesson is that both clients and practitioners must regularly review and take steps to progress opposition evidence so that an extension of time, if sought, is more likely to be granted.

Since the introduction of the additional damages provision in the Trademarks Act, the Federal Court has applied these provisions in two decisions.

In Hugo Boss Trade Mark Management Gmbh & Co Kg v Sasalili Oxford Fia ([2014] FCA 1328) additional damages of A$10,000 were awarded to the applicant – which owned numerous registrations for HUGO BOSS and BOSS – for the respondent’s use of the mark BOSSIT on different types of clothing and hats. This amount was awarded by the Federal Court on the basis that the respondent’s conduct showed a complete and continual disregard of its legal obligations and the applicant’s IP rights. In particular, the court noted that the respondent had failed to comply with letters of demand and to respond to a threat to issue court proceedings; when a response was made, the content indicated that it was indifferent to the applicant issuing court proceedings against it.

For rights holders, the inclusion of a provision for the award of additional damages and the willingness of courts to make such an award is a welcome development. However, the potential for additional damages to be awarded against traders means that ignoring letters of demand could prove costly. Such action would certainly increase the risk of a court finding that the recipient had a complete and continual disregard for the trademark owner’s rights.