In Eugenia Mocek, Jadwiga Wenta KAJMAN Firma Handlowo-Uslugowo-Produkcyjna v Office for Harmonization in the Internal Market (OHIM) (Case T-364/13, September 30 2015), the General Court has upheld a decision of the Fourth Board of Appeal of OHIM in a case involving two 'crocodile' marks.

The goods in respect of which registration was sought belonged to Classes 18, 20, 22, 25 and 36 of the Nice Classification.

In 2008 Lacoste SA brought opposition proceedings based on its earlier CTM covering goods in Classes 18, 20, 24 and 25: 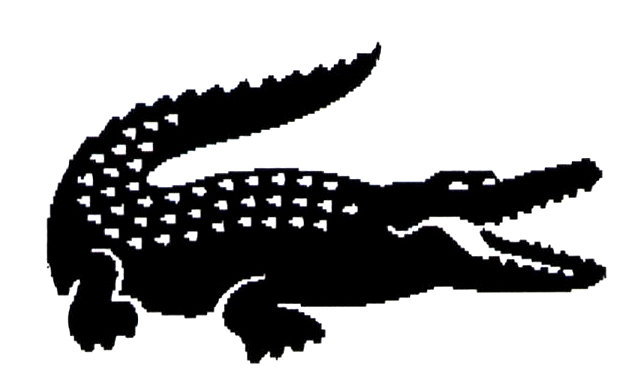 On October 20 2010 the Opposition Division of OHIM dismissed the opposition, judging that there was no likelihood of confusion and that Lacoste had not demonstrated that the use of the CTM applied for would take unfair advantage of, or be detrimental to, the distinctive character or the repute of the earlier mark.

On May 10 2013 the Fourth Board of Appeal of OHIM annulled the decision of the Opposition Division, considering that there was a likelihood of confusion in respect of the goods in Classes 18 and 25 only, in view of the conceptual similarity between the conflicting signs arising from the presence of figurative elements with analogous semantic content and of the proven enhanced distinctiveness and reputation of the earlier mark in respect of some of the goods in Classes 18 and 25, despite the fact that the marks at issue were phonetically different and that there was a low degree of visual similarity. The Board of Appeal confirmed the decision of the Opposition Division regarding goods and services in Classes 20, 22 and 36.

The applicant appealed to the General Court. In addition, and according to Article 134(3) of the Rules of Procedure of May 2 1991, Lacoste sought, in its response, a form of order annulling part of the contested decision on a point not raised in the application.

The General Court rejected both the applicant’s appeal and Lacoste’s complaint.

In a nutshell, the applicant claimed that the Board of Appeal was wrong to conclude that there was a likelihood of confusion between the mark applied for and the earlier CTM for goods in Classes 18 and 25.

First, the applicant argued that the relevant public’s level of attention should be regarded as being high since the goods covered by the earlier mark are expensive, high-class products. The General Court noted that products in Classes 18 and 25 are consumer goods directed at a wide public and that nothing in the description of the goods as covered by the earlier CTM indicated that they were expensive, high-class goods. The court noted that the commercial choices made by the owner of a CTM, such as the choice of Lacoste to sell its goods mainly in Lacoste’s retail stores, are factors which must be distinguished from the rights derived from this CTM. As a consequence, the court confirmed that the likelihood of confusion had to be analysed with reference to consumers who are members of the general public with an average level of attention.

Third, the applicant argued that the Board of Appeal had erred in law when it concluded that there was a similarity between the conflicting signs, while at same time acknowledging that they were phonetically and visually different.

Regarding the visual similarity between the signs, the court confirmed that there was a low degree of similarity. Indeed, in both cases, the average consumer will clearly recognise and retain a memory of the representation of a reptile of the order of crocodilians, presented in profile with a curved tail, notwithstanding the fact that in one case the crocodile is represented in colour in a stylised manner in a sleeping position, with the torso made up of the letters of the word ‘kajman’, while in the other case there is a rather realistic representation of a crocodile in black and white in an aggressive position standing on its feet.

The court also agreed with the Board of Appeal that there was a conceptual similarity between the signs. The applicant argued that there was no similarity since the mark applied for represented a reptile of the order of Squamata, whereas the earlier CTM represented a reptile of the order of crocodilians. The court considered that the consumer of the goods is an average consumer, who is reasonably well informed and reasonably observant and circumspect, and who would not be able to identify clearly the order to which each of the reptiles represented in the two marks belongs, but will most likely think that they both represent a crocodile.

The General Court upheld the Board of Appeal’s finding that Lacoste's earlier CTM had acquired a highly distinctive character through use for leather goods, in particular bags, in Class 18, and for clothing and footwear in Class 25.

Turning to a global assessment of the marks, the General Court concluded that there was a likelihood of confusion for the goods in Classes 18 and 25, notwithstanding the visual differences in the signs, even if it conceded that the visual factor is quite significant in a case such as the present one in which the goods are sold mainly in stores where consumers choose the product themselves.

In addition to the appeal brought by the applicant, Lacoste asked the court to partly annul the contested decision insofar as the Board of Appeal had rejected the opposition against the registration of the mark applied for in respect of the goods in Class 20 without acknowledging the enhanced distinctiveness and reputation of the earlier CTM for goods in the same class covered by that mark.

However, that complaint relating to the high degree of distinctiveness for goods in Class 20 was new and presented too late and, as such, could not be examined. Indeed, the Board of Appeal had found that the earlier CTM’s inherent distinctiveness was normal. Lacoste did not dispute that finding in its response and raised this issue for the first time in its rejoinder in reply to the applicant. Since Lacoste’s complaint was not based on elements which emerged during the proceedings and did not constitute an amplification of a plea previously made in the response, it was rejected.

In any event, the General Court considered that Lacoste’s CTM did not have a high degree of distinctiveness for goods in Class 20.

As a consequence, the General Court dismissed both the applicant's action and the applications submitted by Lacoste.