Mexican law follows international standards with regard to trademark licensing, and licensors can benefit from a licensee’s use of their mark even where the agreement has not been recorded. However, the local rules governing ownership in these circumstances are less clear.

The Mexican legalsystem recognises all kinds of licence agreement, particularly those pertaining to industrial property. However, despite Mexican law following international standards and trends, local law and enforcement remains an ongoing issue.

Trademark licences can be granted by way of a simple written agreement. Recording a licence has significant legal effects as it can be enforceable against third parties; therefore, the use of a trademark by a licensee can benefit the licensor, and the licensee may bring infringement actions against third parties (provided that it is empowered to do so in the corresponding agreement).

However, the courts have held that in relation to the non-use of a registered trademark, pursuant to international treaties (eg, the North American Free Trade Agreement and the World Trade Organisation’s Agreement on Trade-Related Aspects of Intellectual Property Rights), a trademark owner may benefit from a licensee’s use of the mark even if the licence has not been recorded, provided that evidence demonstrating the relationship between the owner and the licensee is submitted during litigation. Notwithstanding, registration of the licence remains preferable.

Mexican law requires that the products sold or services rendered by a licensee are of the same quality as those manufactured or rendered by the trademark owner. Further, licence agreements typically include:

The Industrial Property Law regulates licence agreements with regard to the following issues:

Pursuant to the Industrial Property Law, exclusive – and thus licensable – trademark rights are created once the mark is registered with the Mexican Institute of Industrial Property (IMPI). Registration confers the exclusive right to use a trademark nationwide and to oppose it against third parties that use identical or similar marks. Use of a mark also confers on the prior user the right to bring cancellation actions against owners of senior registrations and to avoid infringement actions for such use.

Indeed, protection is obtained once the trademark has been registered before IMPI. Any word, sign or three-dimensional (3D) figure that is capable of distinguishing products and services from others in the market may be registered as a trademark. The law does not provide for the registration of non-traditional marks; therefore, rights holders should work together with their counsel to source alternative means of protection for such marks. However, there is some suggestion that amendments are being discussed to address this issue.

The Mexican IP system also recognises co-ownership of intellectual property. In these cases, the particular provisions for each kind of IP right must be taken into account, as the applicable law may differ from one to another. For instance, work that is susceptible to copyright and trademark applications can be co-owned. While the Industrial Property Law establishes the prerequisites for co-ownership of a trademark, the Copyright Law recognises – without prerequisites – that due to their nature, some works are usually co-owned, and simply regulates the rights derived from such works.

Similarly, co-owned patent rights are administered independently through the Civil Code, which also applies to trademarks and copyrights when these are not expressly regulated.

Therefore, all rights holders should be aware of the particular provisions applicable to the type of intellectual property that they own, in order to administer co-owned IP rights properly.

In light of this, Article 89 of the Industrial Property Law outlines the visible signs that can constitute a trademark, including:

Further, under Article 90 of the law, the grounds for refusal are:

Grounds for opposition and infringement actions

The validity of a trademark registration can be challenged through cancellation actions before IMPI on any of the following grounds:

A trademark infringement action can be brought where: 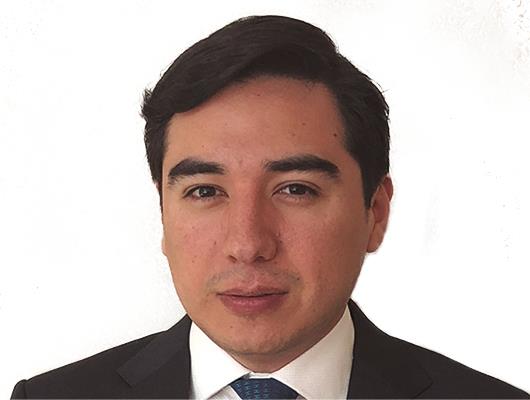 Mauricio Mondragón Velázquez is head associate of Uhthoff, Gómez Vega & Uhthoff’s sanitary regulation practice. He has over seven years of experience in the regulatory field advising on the health requirements of manufacturers and importers for the preparation and sale of food, alcoholic and non-alcoholic beverages, food supplements, cosmetics and medicines.

In addition to his regulatory work, Mr Mondragón is sought for his expertise in data privacy and protection, as well as preparation and oversight of legal terms and conditions involving contests and marketing and promotional events.

Mr Mondragón is a member of the Mexican Intellectual Property Association and the National Association of Business Lawyers.