Foreign brand owners are free to enter into direct or indirect trademark licensing agreements in Russia. However, in order to be valid and enforceable, these agreements must contain key terms and be recorded with the Federal Service for Intellectual Property.

In Russia, licensing is regarded as a crucial form of contractual IP disposal. In fact, a licence confers a rights holder’s valid permission for an authorised person to use its intellectual property, subject to particular terms and conditions.

In practice, different types of licence are legally recognised and generally used in Russia. Trademark licences are one of the most popular and applicable licensing models, allowing businesses to manufacture and distribute goods or provide services in a particular (contracted) territory.

Pursuant to Article 1489(1) of the Civil Code, under a licence agreement the trademark owner (licensor) grants or agrees to grant another party (licensee) the right to use its trademark in – or without indication to – a certain territory and in connection with all or part of the goods for which the trademark is registered.

In addition, trademark licensing and related issues (eg, recordal) are specifically regulated by Articles 1232, 1233(1) to (3), 1235 to 1238 and 1490 of Part IV of the Civil Code. General provisions of the code – especially those that govern general aspects of contract law and obligations (Part I) – may also apply. Further, the trademark licence relationship may be affected by other laws and regulations, including those governing competition, advertising, tax and currency control.

Generally, foreign trademark owners are free to license directly or indirectly to Russian entities and there is no requirement to establish a local company; however, the licensed trademark must be registered before the deal is done.

Licences for unregistered marks will not be recorded with the Federal Service for Intellectual Property (Rospatent). Therefore, pending national marks, pending international registrations, marks in use and trademark applications cannot be licensed in Russia.

Trademarks can be protected on a national or international basis. National marks must be filed and registered with Rospatent. As Russia is a signatory to the Madrid Agreement and the Madrid Protocol, international trademark registrations which designate Russia are also protected and enforced in Russia.

Crucially, trademarks can be filed and registered in the name of individual entrepreneurs or legal entities. Although registrations are usually owned by one person or one group of persons (eg, an association), ownership can be shared between several individuals or companies. In other words, two or more parties can file and register a trademark in order to divide the interests in their exclusive rights. Recent court practice reaffirms this option (see Les Publications Conde Nast SA v Rospatent, (case ref A40-210165/2016)). In such a case, an agreement between co-owners governing the management, exploitation, disposal, enforcement and operations of a trademark must be made upon registration, as available under Article 1229(3) of the Civil Code.

Trademark licence agreements must be made in writing and prepared or translated into Russian. In practice, bilingual versions are drafted for cross-border deals. If the licence agreement is produced and executed in a foreign language (eg, English), a certified Russian translation may be prepared and attached to the original contract.

Further, underlying licence grants targeted at Russia, including those governed by the applicable foreign law, must be registered with Rospatent.

The types of documentation that may be submitted to Rospatent for recordal purposes are:

If the parties refuse to disclose the original contract along with agreed financial terms or other sensitive data, their best option is to make, sign and file an excerpt from the licence agreement or submit a notification for the purposes of registration. The document filed with Rospatent (ie, the agreement, excerpt or notification) must contain all of the essential elements and mandatory clauses, as required by Russian law and local practice.

Depending on the transaction structure and parties’ negotiations, the underlying trademark licence agreement may contain various terms and conditions. Russian contract law is based on the fundamental principle of freedom of contract, meaning that the parties are free to agree on the applicable terms and conditions of a contract.

From a general IP perspective, the licence contract should outline:

The trademark licence agreement will usually contain other terms and conditions, including:

There is no legal imperative for a trademark licence agreement to be governed by Russian law. Under the basic principle of international private law, the contracting parties are free to choose the relevant governing law when or after entering into a deal.

In the absence of a contracted law, the law of the jurisdiction in which the licensee is authorised to use the trademark applies (Article 1211(8) of the Civil Code). In any event, the law of a jurisdiction that is more bound up with the contract may apply – especially where the nature, terms and conditions of the contract clearly evidence such a fact (Article 1211(9) of the code).

In terms of disputes, the contracting parties reserve the right to choose between the local courts, the arbitration tribunals or the mediation service. A local forum is usually the preferred option with regard to cross-border licensing deals considering the essential timing, cost and enforcement factors. Arbitration is a good alternative and may be conducted in any jurisdiction and by any tribunal, as chosen by the contracting parties. If the contract contains no arbitration clause, it may not be submitted for arbitration, as confirmed by case law. Mediation is also available as an alternative dispute resolution procedure.

A court judgment on a trademark licensing dispute obtained from another jurisdiction may be enforceable in Russia, provided that recognition and enforcement of the foreign court judgment is stipulated by the relevant international treaty to which Russia is a party and the relevant federal law. In addition, Russia is a signatory to many multilateral and bilateral international treaties for recognition and enforcement of foreign judgments, including the United Nations Convention on the Recognition and Enforcement of Foreign Arbitral Awards 1958 (the New York Convention). Hence, an arbitral award on a licensing conflict issued from another jurisdiction that is a signatory to the New York Convention may be enforceable in Russia. If applicable, a special local law governs mediation proceedings in Russia.

The concepts of good faith and fair dealing are the key principles of the Russian civil law system. These concepts are strongly enforced by the Russian courts in all disputes involving domestic or international contracts – trademark licence agreements are no exception. 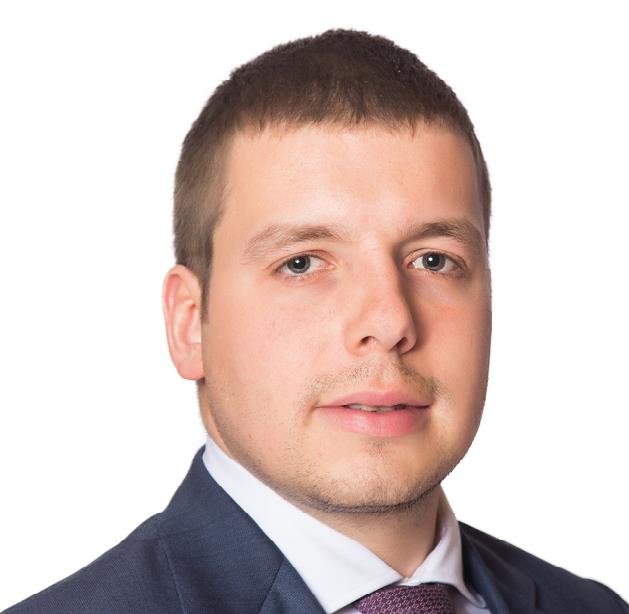 Sergey Medvedev graduated from the Moscow State Institute of International Relations in 2006 as an international lawyer. He completed an IP LLM at the John Marshall Law School (Chicago, United States) in 2007. In 2012 he successfully presented a dissertation at the Russian State Academy of Intellectual Property (Moscow, Russia) and completed an advanced legal studies course at the private law institution M-Logos (Moscow, Russia).

In 2007 Mr Medvedev joined Gorodissky & Partners, where he advises clients on various matters relating to legal protection, ownership, registration, acquisition, exploitation, licensing, securitisation, litigation and enforcement of IP and IT rights in Russia and the Commonwealth of Independent States. He litigates and actively enforces IP and IT rights in Russia, combats the unlawful or unauthorised use of intellectual property, information technology and illegal content on the Internet, represses unfair competition and false advertising, tackles parallel imports and grey-market goods, and fights against counterfeits and piracy.