'Knight riding a horse’ marks held to be confusingly similar

The Intellectual Property Court has upheld decisions of the Taiwan Intellectual Property Office (TIPO) and the Ministry of Economic Affairs - the administrative appeal authority - finding that the trademark BAO MA in Chinese characters (and 'knight riding a horse' device) (Registration 1403095) for goods in Class 18 of the Nice Classification was confusingly similar to an earlier trademark consisting of a 'knight riding a horse' device (Registration 892313), also for goods in Class 18. 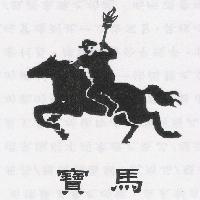 Taiwanese company For The People Group Inc filed an opposition with the TIPO based on its prior registration for a 'knight riding a horse' device:

The TIPO held that the opposed trademark was likely to cause confusion among the relevant consumers and cancelled the registration based on the following grounds:

On January 19 2012 the court dismissed the action based on reasons similar to those set forth in the TIPO’s decision. However, the court further found that, although there were several earlier registrations consisting of, or containing, the 'knight riding a horse' device, they did not incorporate two important features of the cited mark: the torch and the galloping horse. These two features enhanced the distinctiveness of the cited trademark and, therefore, the co-existence of the marks at issue would be likely to cause confusion.

The plaintiff may file an appeal to the Supreme Administrative Court.