Kapow! How to manage marks in the world of comic books

Fluid marks can breathe new life into a brand and are frequently used to grab audience attention. However, non-use cancellations in China will bring in the next wave of trademark issues; and this wave could prove a tsunami.

Comic books and animation studios are petri dishes of creativity. Many of these companies have achieved, or try to achieve, vertical integration in their supply chains by owning all facets of production. The illustrators, printers, toy designers, manufacturers and movie production companies are all owned by the subsidiaries and affiliates of one huge company. As a result, these organisations have complete control in terms of their artistic works and how their products are marketed. They frequently employ variants of their well-known trademarks, logos, taglines and slogans to grab audience attention for the release of new products such as comic books, graphic novels, art toys and films. However, the legal situation varies from jurisdiction to jurisdiction – and companies doing business in China would be well advised to scope out the lay of the land before getting creative with their marks.

The term ‘fluid trademark’ was coined by trademark law pundits and scholars to describe the variation of an already registered mark. A fluid mark is more than simply an adjustment to the colour of a registered trademark; it involves breathing new life into a mark by adjusting the style, font and position of the words or graphics in a logo. However, it does not involve changing the trademark’s core distinctive elements. DC Comics – the well-known comic brand, which created Batman, Superman, Suicide Squad, the Flash, Wonder Woman and Aquaman – frequently employs fluid trademarks to celebrate the anniversaries of famous comic-book characters or for marketing an upcoming film’s release date.

In general, a trademark must be used in order to maintain its registration. In the United States, the trademark owner must file an affidavit or declaration of continued use from the mark’s registration date and include a specimen mark. Typically, the specimen must show a trademark affixed to an advertisement for services, or to the packaging, label, container or tangible product for goods. A drawing of the mark must be compared to the specimen to determine whether they match. If the drawing is not a substantially exact representation of the mark shown in the specimen, problems can arise. The specimen mark must be practically, if not totally, identical to the mark that was filed in the original trademark registration filing documents, otherwise the USPTO will likely refuse the renewal and issue an office action requesting that the trademark owner file an amended statement of continued use that contains a specimen with a trademark identical to that of the original. If the trademark owner fails to re-file an amended declaration of continued use, the mark will automatically be cancelled.

Cancellation actions are conducted by the TTAB. If a trademark appearing on the primary registry is not used for three consecutive years, there is a rebuttable legal presumption that the trademark has been abandoned. A mark can be cancelled for abandonment by any party which believes that it is suffering or will suffer damage.

Although there is no clear legal standard regarding how an administrative body or court would rule in terms of a fluid trademark’s validity, common sense suggests pre-empting legal risks, ensuring maximum protection of a fluid trademark’s underlying mark and not using the fluid trademark too frequently. The fluid mark’s copyright should be registered with the US Copyright Office in order for it to benefit from protection under a copyright regime. This means that if a third party designed the fluid mark, there should be an underlying service agreement that explicates that the design was made as a ‘work for hire’, thereby peremptorily invalidating any future claims the artist may have in connection to the design’s copyright. The fluid mark’s design should not deviate too far from the underlying registered trademark’s design and the key distinctive components should remain intact. Nor should the fluid mark be used in perpetuity; short-term use will help negate non-use. Another more expensive way to bolster protection is to file for each fluid mark’s registration; however, engaging in short-term use of a fluid mark is financially unfeasible.

In China, analysis is almost identical. The Chinese Trademark Office employs the same rigour as the USPTO but with even more zeal. During a trademark renewal or when defending against an invalidation action or non-use cancellation, the registrant must provide products and specimens evidencing the use of the trademark that has been registered. The main difference with Chinese trademark law is that the standard of use is significantly higher than in the United States. Evidence of use must demonstrate that the trademark on the registration certificate is being used; this is achieved by providing invoices, sales contracts, products, advertisements, marketing materials and pictures of signage on shopfronts and facades.

A storm is brewing

By using a fluid mark in China, a registrant wilfully enters the unknown and a court or administrative body would likely rule that the lack of a trademark identical to the original on the registration certificate cannot be deemed as use, as the marks are different. Of course, if a trademark is well known the chances of convincing the relevant authorities that the variation or fluid mark is a representation of the registered mark may be slightly higher. However, this is conjecture and each mark will be handled on a case-by-case basis.

China has almost 10 million active trademarks for Chinese trademark registrants. Non-use cancellations will bring in the next wave of trademark issues; and this wave could prove a tsunami. To keep dry in this coming trademark storm, registrants should avoid entering the fray by simply using their trademarks consistently and comic book companies in particular should try to avoid irregularity. Small to medium-sized businesses would be well advised to avoid these pitfalls at all costs, otherwise they will become entangled in expensive litigation and administrative actions. 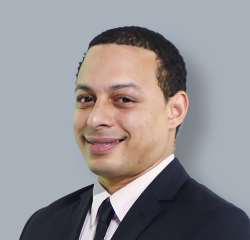 Gregory Wendell Dennis is an attorney licensed in the District of Columbia and Maryland and admitted to practise in the US Court of International Trade. Mr Dennis has lived in China for almost nine years and works for Kangxin as foreign counsel.