In rare cases the US Patent and Trademark Office (USPTO) will allow two identical or very similar trademarks to coexist in the name of unrelated parties where the parties’ activities can be distinguished based on geography. In the precedential decision America’s Best Franchising Inc v Abbott (Concurrent Use No 94002407, March 20 2013), the Trademark Trial and Appeal Board (TTAB) granted junior user America’s Best Franchising Inc (ABF) concurrent use of the three marks depicted below: 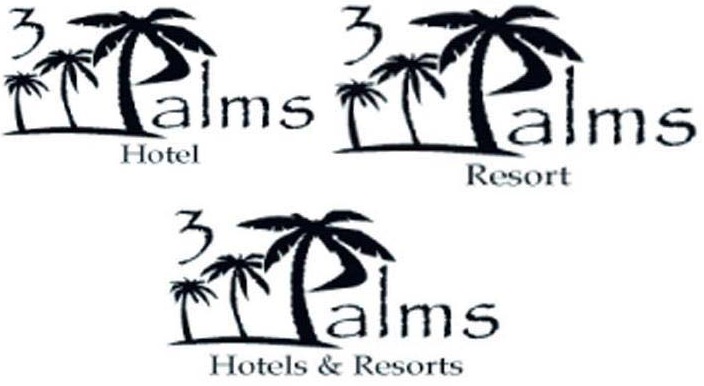 for “hotel and motel services” in the entire United States, except the state of Arizona, where a senior user, Roger Abbott, was using his 3 PALMS mark incorporating palm trees and near-identical literal elements, depicted below:

The TTAB held that Abbott had abandoned his right to expand use of his mark beyond Arizona, due to the lack of definite evidence of further expansion plans over a considerable period of time, and especially where the junior user was the first to seek federal registration.

In March 2008 ABF began using its 3 PALMS marks in good-faith in Florida. ABF learned of Abbott’s use of 3 PALMS in June 2008, and subsequently expanded use of the marks to Indiana, South Carolina, Georgia, Michigan and California. ABF also filed for federal registration in March 2008 and amended these applications to identify Abbott as an excepted user to its right to use the marks in commerce. Abbott subsequently filed for federal registration in July 2008 for the 3 PALMS word mark. He then filed opposition proceedings against ABF, which resulted in this concurrent use proceeding.

There was no dispute that Abbott is the first user, with use beginning in April 2004 in Scottsdale, Arizona. Despite his intention to expand use of the mark, Abbott failed to grow his business apart from the one Scottsdale property. Abbott argued that his extensive use of the mark on the Internet, including online advertisements and sales, had expanded his geographic scope to include the entire United States. However, the TTAB rejected this argument and gave little weight to online marketing in its jurisdictional analysis.

Concurrent use registrations are governed by 15 USC § 1052(d), which has been interpreted to require that two conditions be met:

If the two conditions for concurrent use are met, then the geographic scope of the rights for each mark owner must be determined.

The TTAB found that ABF satisfied the first condition for concurrent use registration because ABF adopted its marks in good faith, in Florida. The TTAB also emphasised that ABF began using its marks before Abbott filed for a federal registration.

The TTAB also found the second condition for concurrent use registration was met because confusion would not be likely with an appropriate geographic restriction. The TTAB based its conclusion on the substantial coexistence of PALMS-formative marks for hotel services, which suggests that the term is only weakly distinctive at best, and thus significantly minimises the likelihood of consumer confusion. Furthermore, the TTAB emphasised that a geographic restriction would make confusion unlikely because consumers searching for a hotel are focused on a particular location. Thus, the TTAB rejected Abbott’s argument that the relevant geographic scope should be the entire United States because of his online marketing. Additionally, there was no evidence that Abbott’s hotel had any reputation beyond Arizona. The TTAB stated that “mere proximity” of the marks on the Internet did “not equate to actual confusion, especially where the parties’ hotels are listed separately”. Finally, the TTAB ruled that the lack of any actual confusion within the four years of overlapping use was relevant to the finding against a likelihood of confusion.

After finding that the two conditions for concurrent use registration were met, the TTAB next determined the geographic scope of rights for each party. Most relevant to the TTAB conclusion was that ABF significantly expanded its business to use its 3 PALMS marks for at least eight hotels located on the East Coast, Midwest and on the West Coast, while Abbott’s use of the 3 PALMS mark remained “static” and limited to Scottsdale, Arizona. Abbott was unable to establish any evidence of specific plans to expand and merely referenced his own testimony and that of friends and colleagues indicating his desire to expand. The TTAB further viewed Abbott’s several failed attempts to acquire additional hotels as tantamount to abandonment outside of his own geographical area.

The TTAB therefore concluded that ABF was entitled to use its three 3 PALMS marks in the entire United States except the state of Arizona.